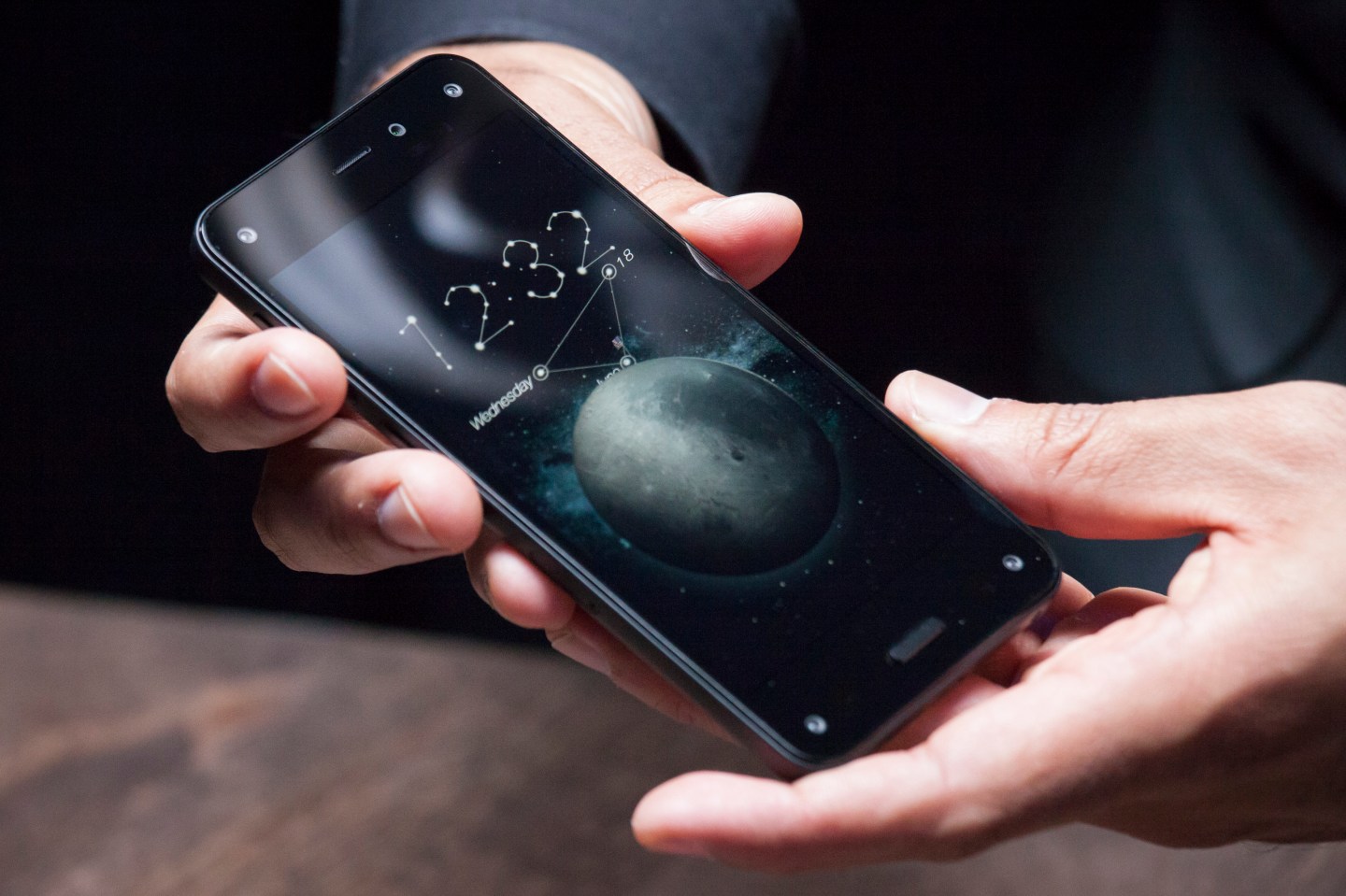 SEATTLE, WA - JUNE 18: Amazon.com's first smartphone, the Fire Phone, is displayed during a demonstration at the company's Fire Phone launch event on June 18, 2014 in Seattle, Washington. The much-anticipated device is available for pre-order today and is available exclusively with AT&T service. (Photo by David Ryder/Getty Images)
David Ryder Getty Images

When it introduced the Fire smartphone in July, Amazon bet sales would be something worth bragging about. But three months in, it’s obvious the Fire phone is more dud than runaway success.

Last week, Amazon CTO Tom Szkutak disclosed as much by saying the company took a $170 million charge, mostly associated with the Fire phone and related supplier costs. He also acknowledged that the company had a huge surplus of $83 million worth of unsold phones collecting dust somewhere.

In an interview with Fortune, Amazon Senior Vice President of Devices David Limp acknowledged Amazon bumbled the phone’s pricing. Traditionally, Amazon (AMZN) undercuts the competition on hardware, pairing lower prices and solid features. But with the Fire phone, Amazon stuck to standard industry pricing, asking $199 for the 32 gigabyte model and $299 for the 64 gigabyte. On that front, Amazon, well, misfired.

“We didn’t get the price right,” Limp admitted. “I think people come to expect a great value, and we sort of mismatched expectations. We thought we had it right. But we’re also willing to say, ‘we missed.’ And so we corrected.”

In September, the company slashed the Fire phone’s price from $199 to 99 cents, a steep discount Limp said yielded significantly better sales. He also pointed out that two software updates since the Fire Phone’s launch ironed out some problems customers were having with the device.

Still, $83 million of unsold phones is a lot, even for a tech giant like Amazon. And a visit to the Fire phone’s page on Amazon.com reveals a 2-star customer rating; reviews call out issues like the Fire phone running hot and a small selection of apps.

“When you’re taking risks, they’re not all going to pay off,” said Limp. “Those are the facts.” Limp pointed out other Amazon devices, like its Fire tablet line and Fire TV streaming box, that he described as being “very successful” with customers, but he declined to discuss sales numbers.

With the Fire phone, Amazon plans to stay the course, as it has with its Kindle readers. As CEO Jeff Bezos likes to point out, critics panned the first Kindle e-reader in 2007, but it evolved into a widely-used family of products. Likewise, Amazon seems intent on taking the same long-term approach with the Fire phone, despite a competitive smartphone market.

“We are going to keep iterating software features to get it better and better,” said Limp. “Each release that we’re doing, we’re learning. Beyond that, I leave it out there to see what people think.”