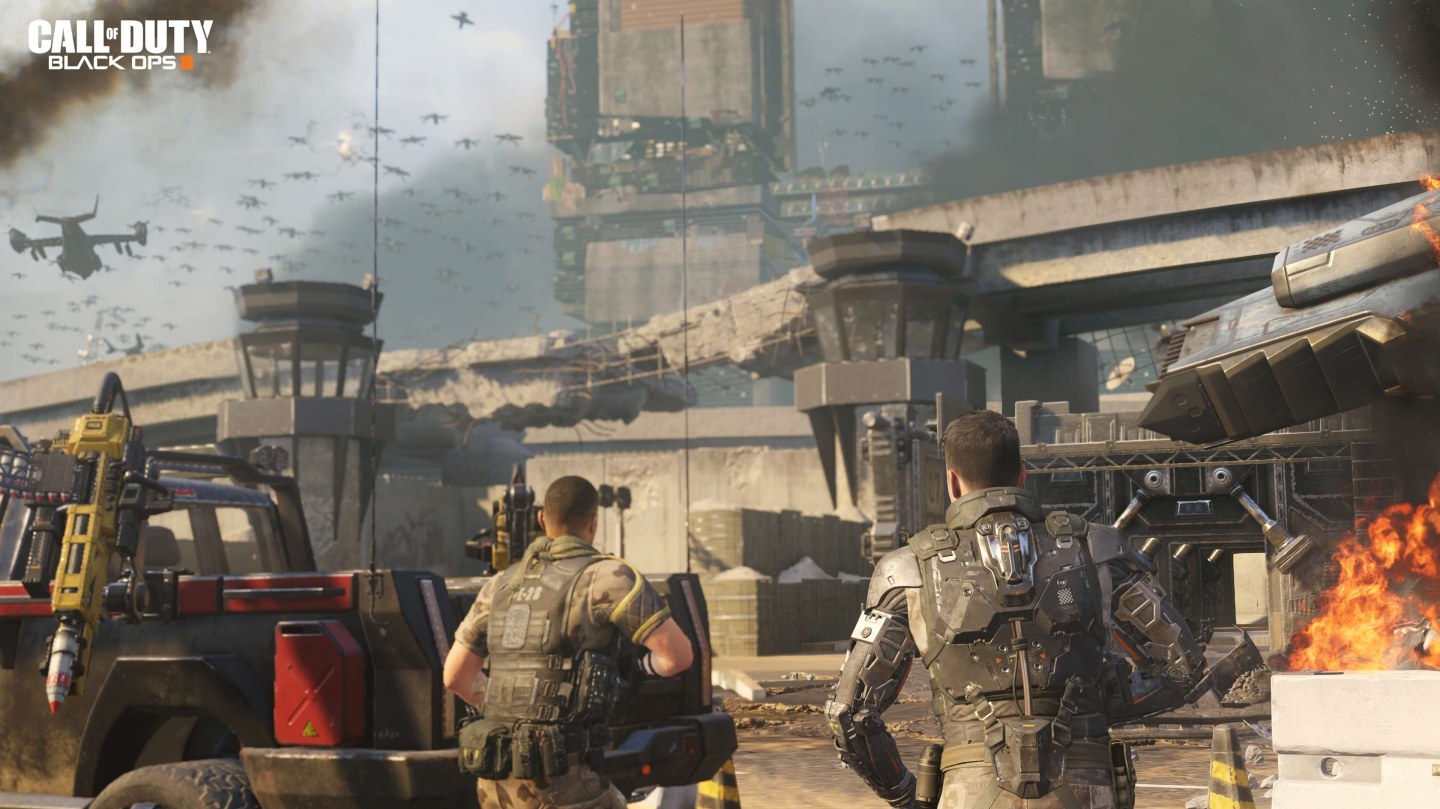 Activision Blizzard, the umbrella company of Activision Publishing and Blizzard Entertainment, has joined Electronic Arts as only the second video game company on the S&P 500.

“We’re already a strong performer among S&P 500 stocks, so inclusion in the index is a nice validation for our teams of the great work they’re doing, and it provides even more visibility among investors,” Dennis Durkin, CFO of Activision Blizzard Publishing says.

Analysts see nothing but growth for Activision Blizzard (ATVI), which continues to expand across all game platforms.

The publisher has momentum heading into the busiest time of year for the $74.2 billion video game industry, according to SuperData Research.

“Activision has its big three franchises [Call of Duty, Skylanders, and World of Warcraft] humming along, and has seen recent success with Hearthstone,” Michael Pachter, analyst at Wedbush Securities, says. “It is likely that Heroes of the Storm will perform well at holiday, and the next Destiny and Starcraft expansions should do very well. The company is reviving the Guitar Hero brand, and I expect that to do well also. Next year, it has a Diablo expansion and the launch of Overwatch, giving it ten brands with pretty big sales. That makes the company’s results more predictable than the market as a whole, and its stock is a relative outperformer during volatile markets.”

Newzoo CEO Peter Warman says new games Hearthstone and Heroes of the Storm are clearly a huge success for the company, bringing in $1.2 billion in revenues to date.

“With their current portfolio I believe they are a sound investment, as they have turned decline into growth that has the potential to accelerate if their new franchises stay on the growth path they are on, and the Activision part of the business starts embracing digital,” Warman says.

“They have turned the drop in revenues in 2014 around and expect to be back on the level of 2013 at the end of this year: $4.6 billion,” Pachter says. “I doubt if they will be able to pass Electronic Arts on a calendar year basis. EA jumped from $3.7 billion to $4.4 billion last year, largely because of the successful embracement of digital. EA’s growth will not be as spectacular this year, but I expect they will keep ahead of Activision Blizzard.”

For more Fortune coverage of Activision, watch this video: