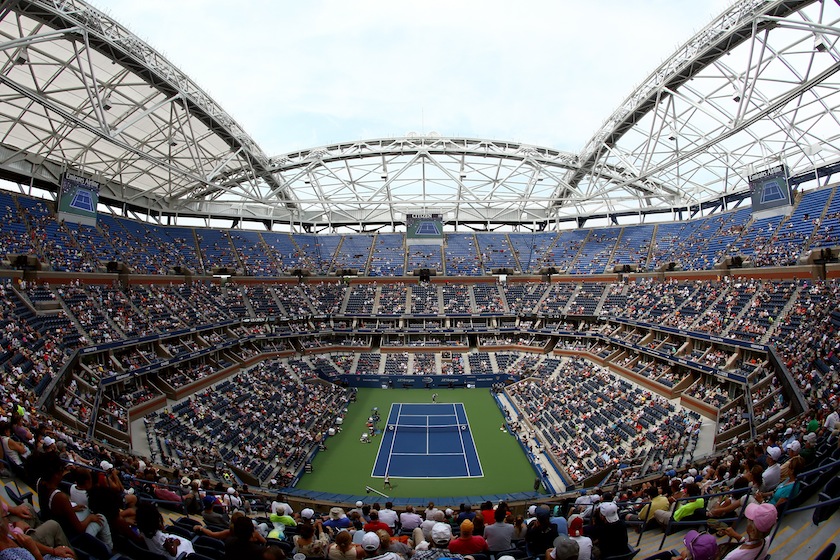 NEW YORK, NY - AUGUST 31: Fans watch from Arthur Ashe Stadium as Venus Williams of the United States plays against Monica Puig of Puerto Rico during her Women's Singles First Round match on Day One of the 2015 US Open at the USTA Billie Jean King National Tennis Center on August 31, 2015 in the Flushing neighborhood of the Queens borough of New York City. (Photo by Clive Brunskill/Getty Images)
Photograph by Clive Brunskill—Getty Images

A drone crashed into the stands at the U.S. Open Thursday night. While no one was hurt—the device crashed into an empty section of seats during a second-round match between Flavia Pennetta and Monica Niculescu—the question of whether anybody should be able to fly these things over a sporting event, or other crowded venue, is very much in question.

Even a successfully piloted drone (or unmanned aerial vehicle), after all, can distract athletes who may not be the most even tempered lot.

And there could be life-and-death consequences of irresponsible drone use. Earlier this summer, firefighters in southern California said their response to a wild fire was delayed because of drones flying in the area.

But vendors including Amazon (AMZN) are champing at the bit to deploy drones to deliver products, inspect buildings and perform other commercial tasks. Intel (INTC) just invested $60 million in Taiwanese drone maker Yuneec. And all that business activity doesn’t even count all the drones, presumably like the U.S. Open offender, already being flown recreationally.

A few weeks ago, former US Airways pilot and hero Chesley “Sully” Sullenberger said that there should be more safeguards to prevent drones from interfering with commercial air traffic. Earlier this summer, U.S. Senator Dianne Feinstein (D.-Calif) introduced the Consumer Drone Safety Act which, if passed, would outline when, where, and how recreational drones could be flown. It would also require manufacturers to build-in some fail-safe measures.

As for the U.S Open incident, news outlets subsequently reported that a New York City school teacher was arrested and charged with reckless endangerment and operating a drone in a NYC park outside of a prescribed area.

Footage of the incident is here:

And if you want to hear more on the market for commercial drones, see the video below.