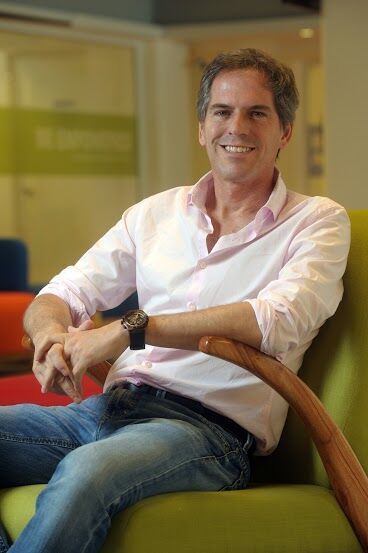 Every year, dozens of new startups try to disrupt eBay (EBAY) and Craigslist, the Internet stalwarts that have ruled online classified ads for two decades.

None have come close to pulling it off because the incumbents have nailed the most difficult part: market liquidity, or a plethora of both buyers and sellers.

That could change with the arrival of Letgo. On Thursday the New York and Barcelona-based marketplace startup revealed that it raised $100 million in a Series A round of funding from Naspers Limited, the African conglomerate. Let that sink in: $100 million Series A. This is the world we’re living in.

Beyond the giant pool of capital, Letgo has a stronger chance of success than other startups because it’s co-founded by Alec Oxenford, who previously co-founded OLX, the eBay of the emerging markets, alongside well-known angel investor Fabrice Ginda. With 240 million users in 40 countries, OLX is an impressive, success story that’s unknown to Americans. Fortune profiled the company last year. At the time, the company was the largest marketplace in India, Poland, and Brazil, boasting 11 billion monthly page views, 25 million listings, and 8.5 million monthly transactions. The company is owned by Naspers, which acquired it in 2010. Oxenford will remain Chairman of OLX while leading Letgo.

In late September, at the time of Fortune’s profile, Oxenford said he had no desire to compete in the U.S. or other developed countries because there was too much opportunity elsewhere.

By January, he had changed his mind, apparently. That’s when Letgo launched on Android. It launched on iOS in May. Since then, the app has garnered 2 million downloads with half a million listings, the company says.

Letgo isn’t saying how it has quietly accumulated 2 million downloads. Oxenford said he “would rather not go into detail” about Letgo’s strategy. (One clue: the key to OLX’s success was through TV ads.)

Oxenford is also cagey about his plans for growth. No details could be shared about what Letgo will do with its massive pile of cash, only that the company will “be very aggressive in growing Letgo across the U.S. and elsewhere.”

Further, no details could be shared as to Letgo’s valuation or relationship to Naspers, except to say that Naspers is the startup’s only outside shareholder.

Oxenford’s reasons for launching a U.S. marketplace are not dissimilar to the reasons many startups attempt to dethrone eBay and Craigslist. He believes there’s been little innovation in classified ads for years, especially on mobile. “Consumers are hungry for an easier way to buy and sell locally,” he tells Fortune. The difference between Letgo and other would-be disruptors is that he might be the one to actually do it.