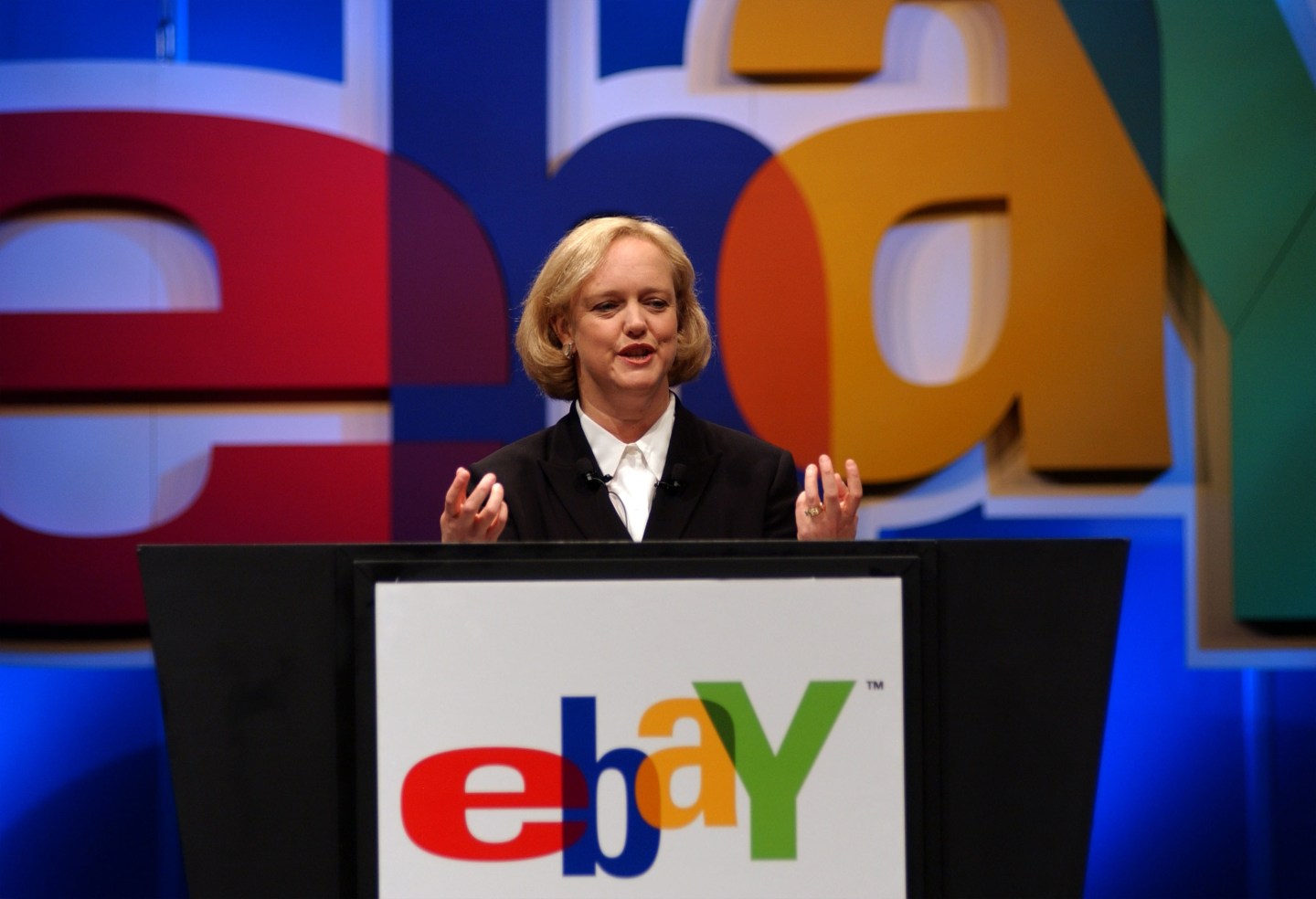 This is an excerpt from Fortune’s Most Powerful Women feature in 1999. It was a year after Meg Whitman landed at eBay (EBAY), the “quirky little company” that went public and soared to an $18 billion stock-market valuation. This was the height of the first Internet bubble, and thanks in part to Whitman—who had arrived with loads of business-building experience from Procter & Gamble, (PG) Hasbro (HAS) and Bain Consulting—eBay turned out to be a survivor, though not a long-term stock market rocket like Google (GOOG) or Facebook (FB). EBay’s market capitalization today: $33 billion. Be sure to read the last paragraph of this excerpt—Whitman, then 43 years old, clearly had no sense of her own ambition. She went on to run for governor of California, unsuccessfully, and is now chairman and CEO of Hewlett-Packard (HPQ).

…No. 5 is Meg Whitman. She didn’t make the cut last year because she was in the midst of taking her quirky little company, eBay, public. Who (besides Mary Meeker) could have guessed what was to come? As eBay’s CEO, Whitman has built the online auction house into a powerhouse, with a stock market valuation of $18 billion. In the process she has changed the way consumers buy and sell.

Meg Whitman walked into a funky online flea market and became a billionaire. Some people say she’s the luckiest woman in corporate America. She was in the right place at the right time, but she’s successful largely because she’s comfortable with change and can make decisions quickly. Says Mary Meeker, who calls herself “a huge eBay fan”: “Fast decision-making is the key to success at these companies. Meg is really good at looking at a situation and saying, ‘This makes sense. Go!’ Or ‘This doesn’t make sense. Don’t go!’ ” Whitman has also been nimble in her career. She came to the dot.com world with brand experience from Procter & Gamble, Bain & Co., and Disney (DIS). She has managed herself like an open system: She is flexible, programmable, and adaptable to all sorts of opportunities.

Like many Silicon Valley standouts, she was never a star in the old economy. People who worked with Whitman pre-eBay say she was smart but “so ordinary.” She responds, “Well, I always felt that if I kept my head down and delivered, things would work out.” From Disney she moved to FTD (flowers) as CEO, where she failed to fix the business. At Hasbro, she ran the preschool division. “Going from CEO to division president was great,” says Whitman, 43. “I was able to do the Hasbro job effectively and raise two young boys at the same time.”

When Whitman, on a gamble, jumped to eBay in the spring of 1998, she wasn’t hung up on rank or traditional trappings of power. It’s a good thing. Fortune‘s fifth-most-powerful woman shares her office—a tiny, open cubicle—and a “personal” assistant with another executive. Talk about distributed power: When Whitman plays strategist by taking eBay upscale or centralizing customer service, the users often flame her via e-mail. When she plays disciplinarian by suspending hundreds of eBay users weekly for fraud or for selling items they shouldn’t (firearms, body parts, teen virginity), she’s scorned as an overprotective mother. “Nine out of ten CEOs couldn’t do that job,” says Joie Gregor of Heidrick & Struggles (HSII), who conducts CEO searches for tech companies. “Most executives are too fact-based. They think too much about how customers are supposed to behave.”

Whitman’s toughest moment came this summer when eBay’s systems crashed and service shut down several times, once for 22 hours. “I missed this one,” she says, blaming herself for not building eBay’s infrastructure and tech talent fast enough. Some angry users even called for Whitman’s removal. But Pierre Omidyar, the 32-year-old chairman and founder, calls her reaction to the crisis “one of her shining moments.” Whitman worked 100 hours a week for four weeks, handing off non-tech duties to a marketing executive. “Other CEOs might have said, ‘I don’t understand what’s happening. Fix it,’ ” says Omidyar. “Meg’s response was to learn everything she could possibly learn.”

Whitman herself says that eBay will be her last full-time job. “This is it. I don’t think it gets any better than this.” She says that she’ll spend no more than five years at eBay, after which she would like to join some corporate boards, and maybe the Princeton board.

A version of this article appeared in the October 25, 1999 issue of Fortune magazine.