This new Sony phone is the first with a 4K display 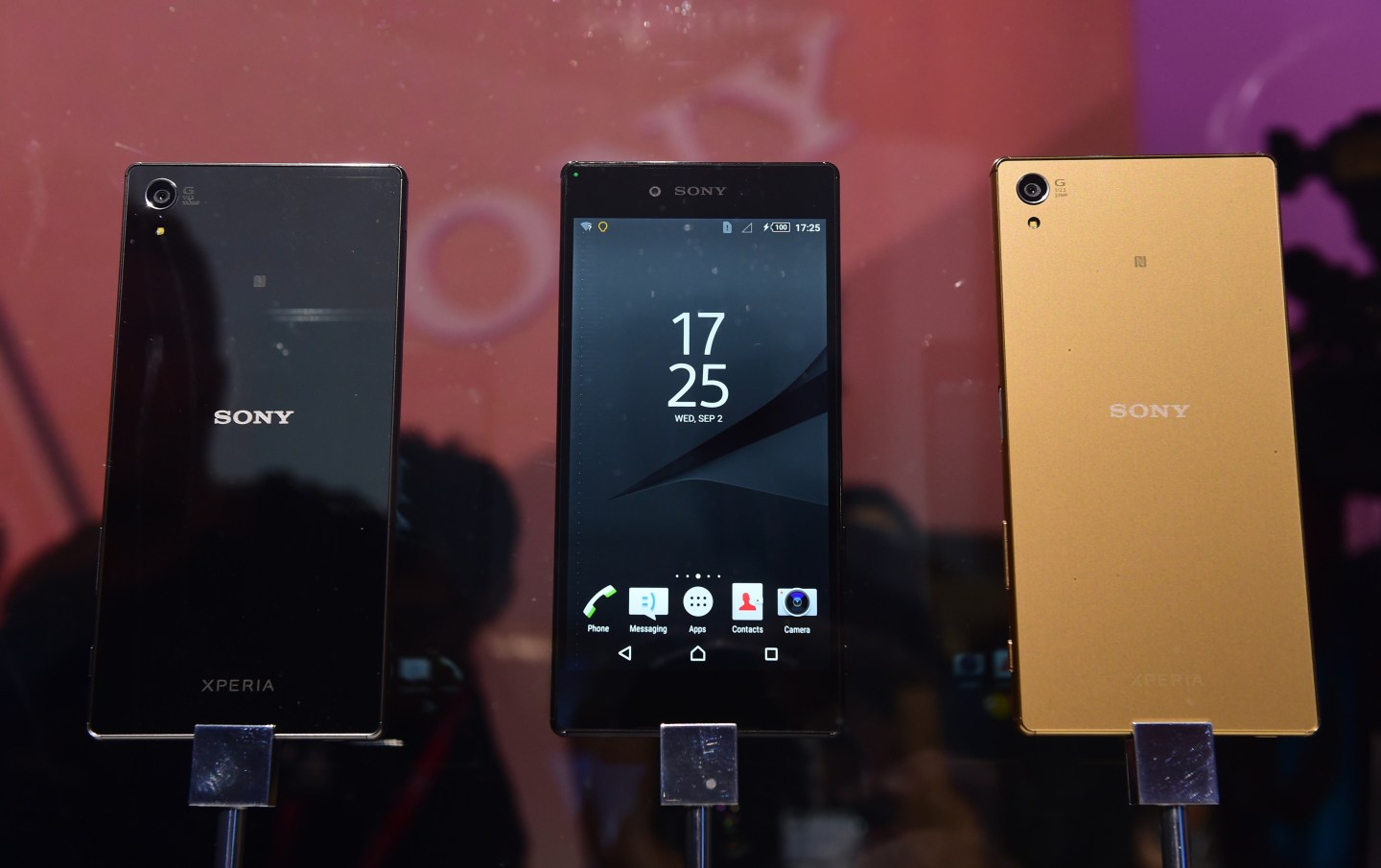 Newly released Sony Xperia Z5 smartphones are on display at the booth of Japan's electronics giant Sony ahead of the opening of the 55th IFA (Internationale Funkausstellung), on September 2, 2015 in Berlin. IFA, one of the world's biggest consumer electronics shows, opens for the media before the public is invited from September 4 to 9. AFP PHOTO / JOHN MACDOUGALL (Photo credit should read JOHN MACDOUGALL/AFP/Getty Images)
Photograph by John Macdougall — AFP/Getty Images

The phone will be the first to have a 5.5-inch 4K display, according to The Verge. It’s likely to be released in November.

The pixel density on the upcoming Xperia Z5 Premium will be 806 ppi. Compare that to Apple’s (AAPL) 5.5-inch iPhone 6 Plus, which has just 401 ppi, according to the publication.

The phone will be available in chrome, black, and gold, too, for a luxury feel.

But there are some potential issues with the greatly enhanced screens. One is a lack of footage that actually makes the most of the boosted specs. As The Verge notes:

Sony promises that the Z5 Premium will upscale videos and images to 4K, but upscaling is usually not as good as the real thing. (We didn’t get a chance to try out Sony’s method.) There’s also the issue of battery. Although Sony promises that the Z5 Premium will last up to two days on a single charge just like the Z5 and Z5 Compact, it’s not clear how this figure will hold up to any sustained video use on a 4K display.

The phone is, notably, heavier than the iPhone 6 Plus: It’s 180 grams versus 172 grams for the bigger iPhone.