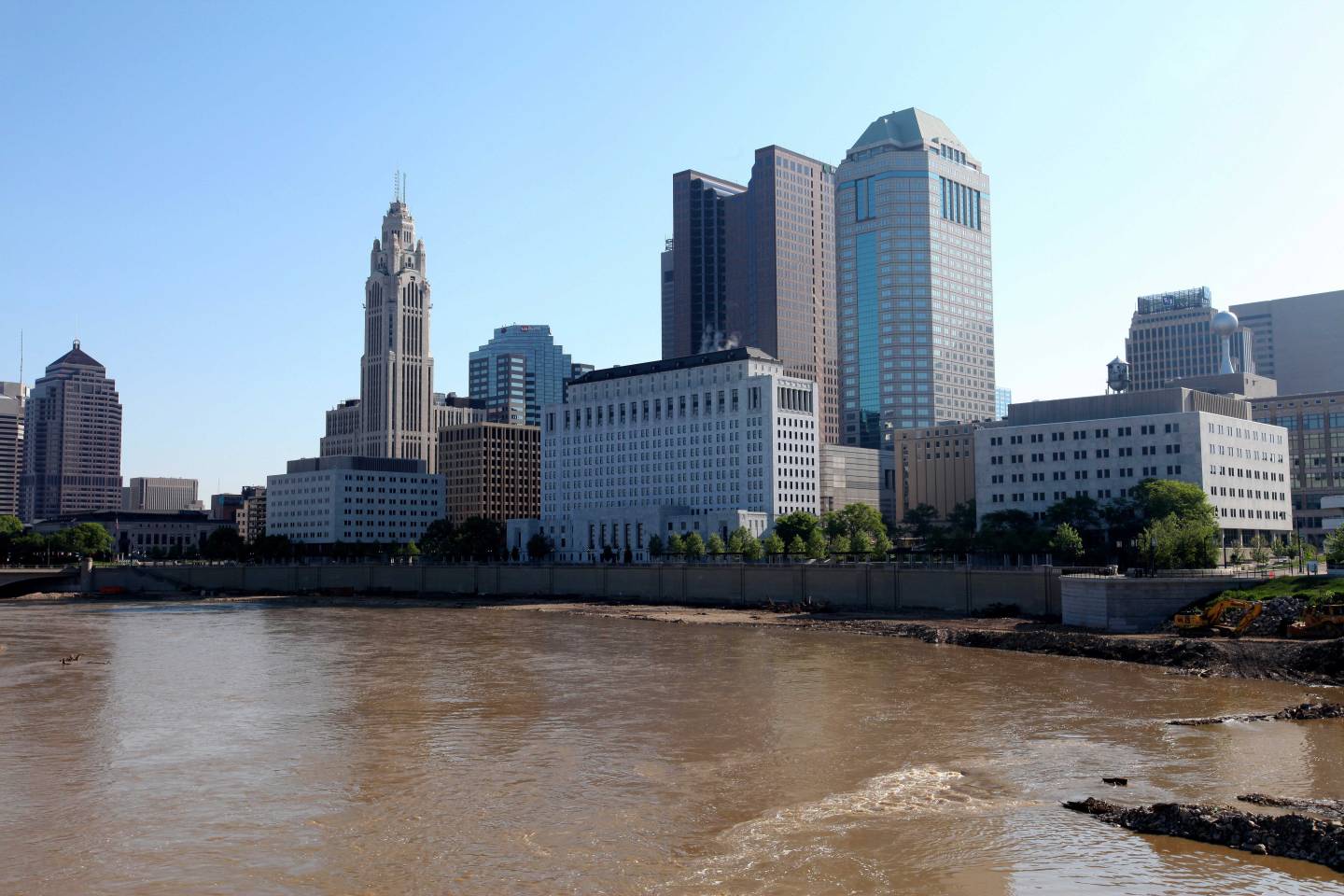 Over the past several years, the U.S. economic recovery has been plagued by one stubborn black spot: wage growth or, more specifically, the lack of it.

In the past 12 months, wages have increased at an annual rate of 2.1%, which isn’t much more than the underlying rate of inflation.

But there are a few cities where wage growth has far surpassed those figures. Chief among them is Columbus, Ohio. The most recent analysis of hourly earnings by the Bureau of Labor Statistics found that of metropolitan areas with populations of at least 1 million, Ohio’s capital recorded average hourly wage growth of 6.2%, edging out the San Francisco-Oakland region’s 6% as the nation’s highest.

So how did Columbus manage to pull off such a feat?

Geographically, the city is smack dab in the middle of the so-called Rust Belt, the stretch of land from Chicago to eastern Pennsylvania that once served as the nation’s manufacturing base and has suffered staggering job losses in the wake of America’s deindustrialization. But despite its location, Columbus “has never been a major manufacturing town.” says LaVaughn Henry, vice president and senior regional officer of the Cincinnati Branch of the Federal Reserve Bank of Cleveland. “When the belt rusted, [Columbus] did not take a huge hit.”

Instead, Columbus has an economy that relies heavily on state government and education, which are relatively reliable. The Ohio State University and its 65,000 students are located there. It also has the third largest concentration of fashion designers in the country, behind New York and Los Angeles, because retailers like DSW, Victoria’s Secret owner L Brands, and Abercrombie & Fitch (which L Brands formerly owned) are headquartered there. Its professional and business services industry is big too. JPMorganChase employs thousands in Columbus and the city is home to Nationwide Insurance.

The recession didn’t cripple Columbus the way it did some other Midwestern cities, but it’s not as if it went unscathed. Unemployment reached 10.2% in January 2010.

And employment dropped by 60,000 during the recession.

The unemployment rate in Columbus is now 4.2% and the city has recovered the jobs it lost during the downturn and then some. Its quick rebound from the recession is attributable, in some part, to an epic compromise that Mayor Michael Coleman, a Democrat, brokered with a mostly conservative group of business leaders, including L Brands founder Leslie Wexner, a major Republican donor. Coleman, who in 2009 had to slash $100 million in municipal spending, persuaded the group to support an income tax increase—the city’s first in 27 years—and to help finance a pro-tax ballot campaign, which ultimately succeeded.

Despite the city’s job growth and shrinking unemployment, as of early this year, the area’s average weekly wages were below pre-recession levels and trailed those of nearby metro areas and nationwide rates, according to the Cleveland Fed.

Kenny McDonald, chief economic officer of Columbus 2020, says the city’s recent 6.2% surge in hourly wages is a result of the area’s “growing economic base.” Indeed, in the last five years, 50 companies have moved to Columbus, according to the economic development group’s database. One new entrant is Lululemon Athletica, which in 2013 announced that it had selected Columbus as the site of its second U.S. distribution center. Another is Schoola, a California-based clothing reseller, which signed a lease for 78,000 square feet of warehouse and distribution space in Columbus. Amazon has also announced the construction of three data centers in the nearby towns of Dublin, Hilliard, and New Albany. Another 128 companies have announced plans to expand already existing operations in Columbus.

McDonald says Columbus 2020 has focused on growing the city’s reputation as a logistics hub. “It’s within a day’s truck drive to most of the East Coast population,” says Robert Greenbaum, associate professor at the John Glenn College of Public Affairs at Ohio State University. In recent years, local officials have worked to expand Rickenbacker Inland Port, a former active-duty Air Force base, which has become an inland cargo port that receives and distributes cargo by air, rail, and road. In July, rail company Norfolk Souther Corporation and Columbus officials announced plans for a $34.3 million expansion of the Richenbacker Intermodal Terminal so it could handle 40% more freight.

Thanks in part to Ohio University and the dozens of other colleges and universities in the region like Denison and Ohio Weslyan, Columbus has a educated workforce, a selling point for companies in need of skilled employees. Nearly a third of all Columbus residents, aged 25 and older, have a bachelor’s degree compared to 28.8% of all U.S. residents and 25.2% of Ohioans.

The city and state are also doling out generous tax benefits to lure new investment. The state’s corporate tax structure requires companies to pay taxes on their commercial activity or the goods they sell in Ohio, McDonald says. “There’s no tax on machinery or equipment for cloud computing or data centers. It’s a good tax structure for investment.”

For Schoola’s new distribution center—which is estimated to have an annual payroll of $6 million—the state approved an eight-year incentive worth an estimated $524,000 and the city proposed giving the company a tax credit equal to 25% of its employees’ income-tax withholdings for up to five years. The state gave Amazon tax incentives valued at $81 million over 15 years in exchange for the e-commerce giant’s commitment to invest at least $1.1 billion in the region over three years.

Not everything is rosy in Columbus. Some worry that the jump in wages is an indication of a growing scarcity of workers. “Not everything’s perfect,” Henry says. “The biggest thing that’s affecting Columbus is a lack of people. Keeping young college graduates continues to be a challenge. It’s hard [for Columbus] to compete with Southern California or South Beach.”

Columbus 2020 has tried to combat so-called brain drain from the region by connecting local companies with the city’s college students. As Ohio State freshmen head to campus, dozens of buses cart first-year students to Nationwide Arena in downtown Columbus where they’re welcomed by local alumni and corporate leaders who tout the city’s employment opportunity and resources. “Three years ago we began to connect more intentionally with those students,” McDonald says. “If they don’t identify with the city in their first year, they could go four years and just hunker down and live on or near campus.” That’s a “lost opportunity” for the city, he says.