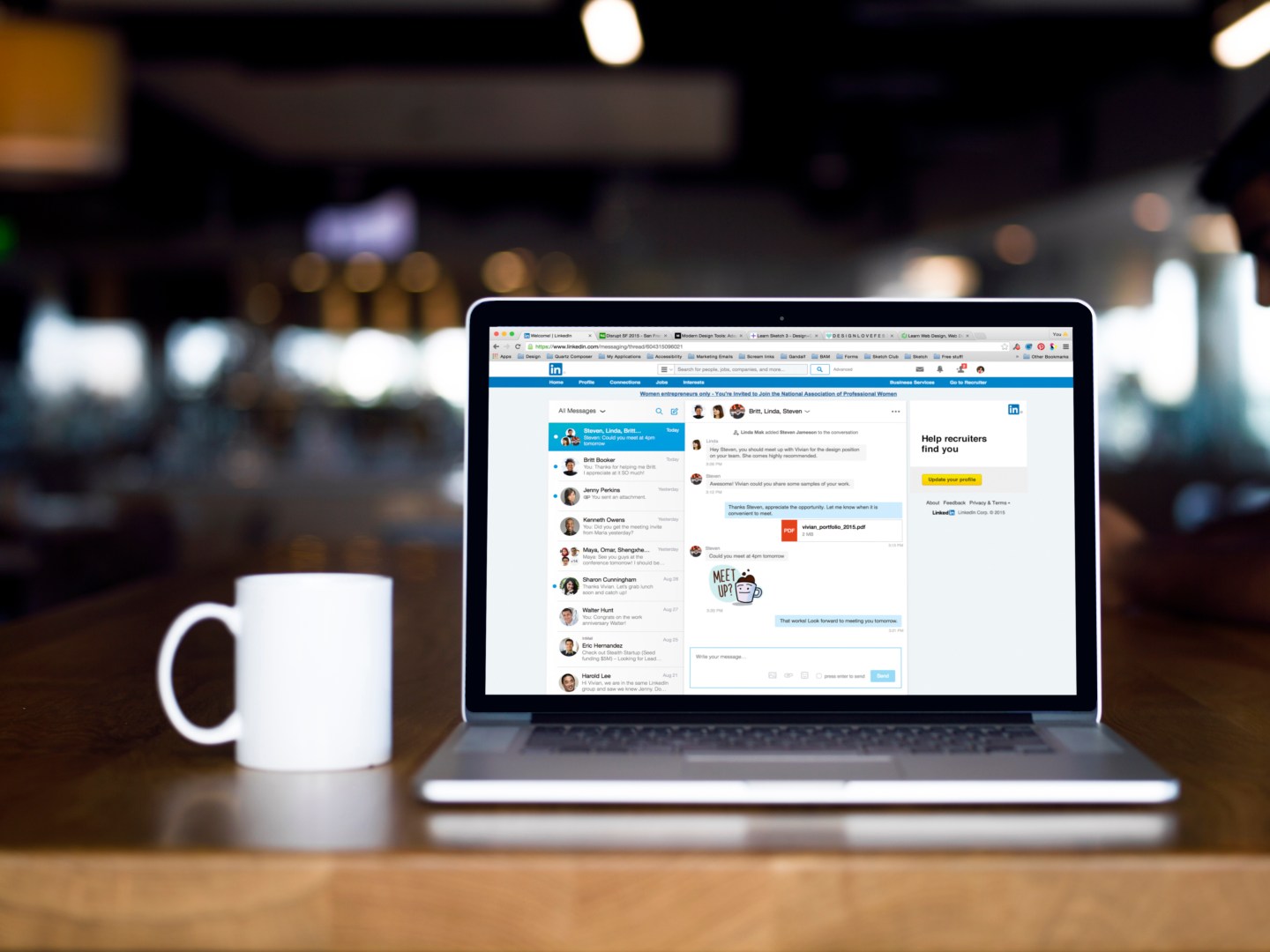 If there’s one thing more annoying about the deluge of emails that LinkedIn, until very recently, sent to its users to get them to login, it’s the professional networking service’s antiquated “inbox” that makes email feel modern.

And LinkedIn knows this, which is why on Tuesday it said that would roll out an entirely new inbox design for both mobile and desktop users. The revamped version is more akin to chat service Slack or your favorite messaging app, complete with emoji and GIFs.

The overhaul is one is a series planned by CEO Jeff Weiner that will include new apps and services as well as redesigns of existing ones. The goal: entice users to not only log into LinkedIn more often, but also for longer. Or as Weiner puts it: providing more value for LinkedIn’s members.

LinkedIn’s design hasn’t changed much over the years, a reality that has started to alienate users. An attendee even created a somewhat uncomfortable moment at Fortune‘s Brainstorm Tech conference in July when he confronted co-founder and chairman Reid Hoffmann about the service’s design, or lack thereof.

With the redesigned inbox, users will find invitations from others to connect in the “People you may know” section. Previously, they showed up as a message in the inbox. In addition to emoji and stickers, they’ll also be able to attach documents to their messages, and LinkedIn says it’s revamped how it sorts messages and how it notifies users of new ones via email and push notifications.

Last month, LinkedIn (LNKD) released Lookup, a mobile app that lets a company’s employees find coworkers by name, title, and skills by logging in with their work email address. The company came up with the idea after surveying 814 North American professionals, who largely said they didn’t find their company’s intranet helpful for this, and wished they could look for coworkers based on specific skills. In April, LinkedIn introduced Elevate, an app to help employees share company and industry content on LinkedIn and Twitter.

And this is only the beginning.

For more on LinkedIn’s app Elevate, watch this Fortune video: