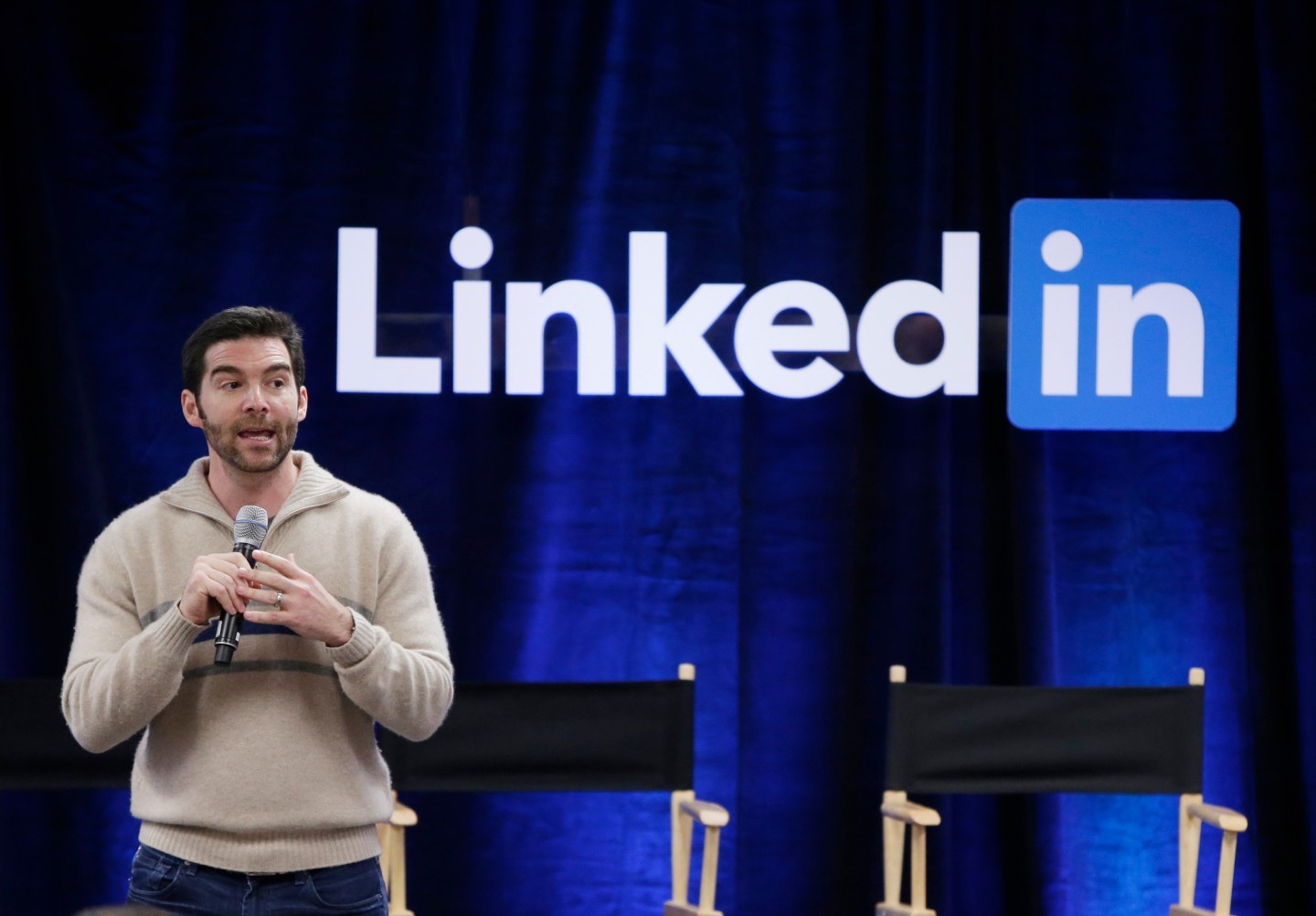 A friend wrote recently to thank me for helping his career. Not having done a damn thing, as far as I could tell, to advance this fellow’s professional life, I was pleased to know he was referring to my insistence that he spruce up his profile on LinkedIn, whether or not he wanted to find a new job. As it turns out, a new job found him when a recruiter viewed his profile on LinkedIn.

That exceedingly pleasant note reminded me to check in with LinkedIn (LNKD), whose CEO, Jeff Weiner, I profiled a year ago in Fortune. Weiner is a poster child for his own company’s product. He’s a master networker whose every career move has built carefully on his previous post.

Irrepressibly optimistic, Weiner is weathering something of a storm these days. LinkedIn’s stock price, already down 40% from its high a year ago, has seesawed as investors have bemoaned slowing growth. The company’s longtime product chief left last year and Weiner recruited himself as the replacement. The CEO has his work cut out for him. LinkedIn’s web site hasn’t changed much in years, and its mobile version has been slow to add features. (An accusation of stagnation produced a testy exchange last month at Fortune Brainstorm Tech in Aspen between an audience member and executive chairman Reid Hoffman, LinkedIn’s co-founder.)

I chatted by phone with Weiner for 23 minutes Thursday; he says more in that time than most executives do in an hour. He claims to be untroubled by the stock volatility, which he blames on several factors, including later-than-expected declines in LinkedIn’s ad sales, larger-than-usual shifts in LinkedIn’s sales accounts, and the unexpected negative effects of a strengthening dollar. “Wall Street determines the day-to-day price,” he said. “We deliver long-term value for members and customers. We have a very clear roadmap.”

Weiner said his stint as LinkedIn’s product chief is “indefinite,” and he’s in the process of rolling out a bevy of new features. For example, the company is testing a messaging product for its users to communicate with each other, having already cut back on emails that had become an annoyance. LinkedIn is investing heavily in search. It also plans to increasingly survey its own members in order to share data-driven insights with them.

Weiner is a big fan of LinkedIn’s nascent publishing platform, a sprawling mish-mash of user-generated career-oriented posts with a sprinkling of business-celebrity advice, none of which LinkedIn pays for. One prominent LinkedIn “Influencer” who hasn’t posted in months—since April, to be exact—is Weiner, formerly a prolific commentator on his various theories of management. “There was a list of things I wanted to say,” he says. “I got through the things that were top of mind for me.”

It’s safe to assume that shipping product takes precedence over opining about business.