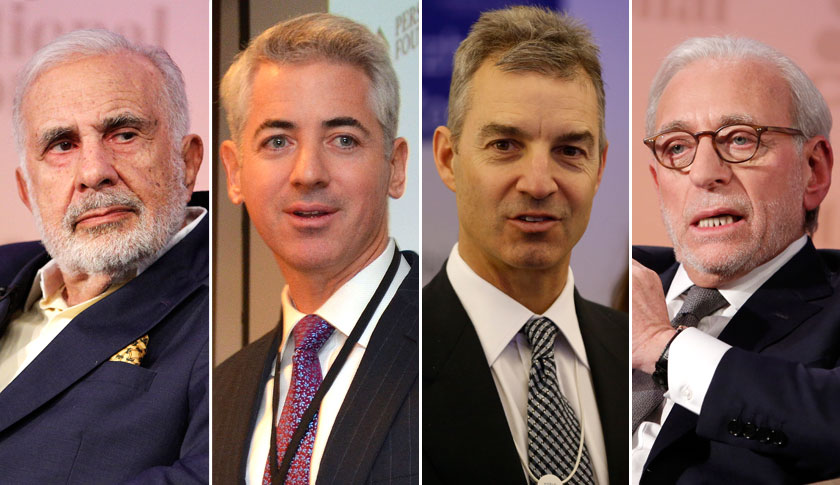 A sea change is under way in the governance of America’s public companies. Today, we are witnessing a dramatic increase in attacks by activist investors demanding immediate improvement in shareholder returns. In the first six months of this year, activists have publicly confronted more than 200 American public companies, up substantially over previous years. As the contentious battle for board seats at DuPont(DD) last spring demonstrated, even highly regarded, well performing and iconic companies are now vulnerable to public assault.

While the bid at DuPont narrowly failed, activist investors appear to have been remarkably successful in aggressive and high-profile campaigns, demanding and obtaining board representation, as well as substantial changes in business strategy and financial policy at leading American companies.

Managements and boards today are well advised to plan for the sudden emergence of potential shareholder activists. Indeed, many companies are being proactive in anticipating, and acting upon, potential activist demands — such as share repurchases and cost reductions — before an activist appears.

In the past, most shareholders weren’t overly concerned with influencing the direction of a public company. Investors, with countless investment alternatives, were simply focused on whether they should buy, hold or sell a company’s stock, depending on their own financial objectives and perceptions of a company’s longer-term prospects.

In 1980, the average share of a company was held for 3 years; in 2010, the average share was sold every 6 months, and the turnover rate is accelerating, according to data from the New York Stock Exchange. More investors expect immediate results. In a culture that favors quick wins over long-term investment, activists who present a forceful way to increase immediate shareholder value often have a receptive audience, particularly with certain mutual funds, who are under growing pressure to boost their own annual returns.

Activists have also adroitly leveraged the growing federal regulation of corporate governance. An activist’s ability to pressure a company’s board emanates from the annual election of directors and their consideration of shareholder resolutions.

Historically, the rights of a shareholder were defined by a company’s charter and bylaws, the laws of the state where the company was incorporated (typically Delaware), and the listing requirements of the exchange where the company’s stock traded. In this context, governance rules, defined primarily by contract and state law, varied between companies, but generally afforded shareholders only a limited role in the governance of the company.

As certain investors in recent years have sought a more active voice, regulatory agencies have superimposed national standards to advance the perceived interests of shareholders. The Securities and Exchange Commission (SEC) created in the 1930s to ensure uniform financial disclosure by public companies to reduce the risk of fraud and facilitate informed decisions by investors, has substantially expanded the federal role in corporate governance through a host of regulatory initiatives. These include precluding brokers — absent specific instructions from their clients, the individual shareholders — from voting on any contested matters, and draft rules that would provide direct access to a company’s proxy for a dissident slate of directors.

The government has also, until last year, implicitly encouraged institutional investors to rely upon the advice of the proxy advisory firm, Institutional Shareholder Services (ISS), over whom activists have very substantial influence. ISS is widely recognized as having very limited ability to evaluate the complex strategic and financial issues that surface in an activist challenge. Nonetheless, ISS has acquired an extraordinary role in corporate governance, as its guidance typically directs the voting of a third of a company’s shares.

Activists can offer constructive ideas to improve performance without compromising a company’s future prospects, and companies should respond accordingly. But most activists are inherently focused on what will immediately impact a company’s valuation, whereas the drivers of success in an enterprise require time and patient capital.

America’s greatest companies were inspired by a vision of the unique value they could provide in the markets they aspired to serve. While they created tremendous value for their investors over time, it was not the immediate and overriding preoccupation of management. A successful business typically requires a long-term strategy, a healthy culture, a motivated workforce, intellectual property, a meaningful brand, customer loyalty, capital investment and other valuable and frequently intangible assets. These factors can generate substantial economic return outside the time limits of most activists. As a result, they are easily discounted when the focus is solely on current financial performance.

Significantly, the largest institutional investors are now questioning whether aggressive steps taken to improve profitability in the short-term may damage a company’s longer-term prospects.

In a major recent development, Fink, William McNabb, the CEO of Vanguard, and others who are permanent, not short term, investors, are making clear their own firms now intend to engage directly with boards to protect the interests of long-term shareholders. Boards must now prepare to respond to this initiative. Of note, the independence of boards from management will be reinforced as they are called upon to engage directly in investor relations.

As for public policy, the SEC should focus on the critically important function of disclosure, and henceforth leave corporate governance to the private sector, to companies and their investors.

Finally, those institutional investors who continue to outsource decision-making on corporate governance issues should explore the creation of a more sophisticated alternative to ISS. The system is clearly out of balance when one agency, with manifest limitations and no meaningful competition, exercises such extraordinary influence on matters of this consequence.

Wendell L. Willkie, II is a visiting fellow at the American Enterprise Institute and of counsel at Steptoe. He was general counsel of Westvaco and MeadWestvaco for the last 20 years, and served in several senior positions under the administrations of Presidents Ronald Reagan and George H.W. Bush.