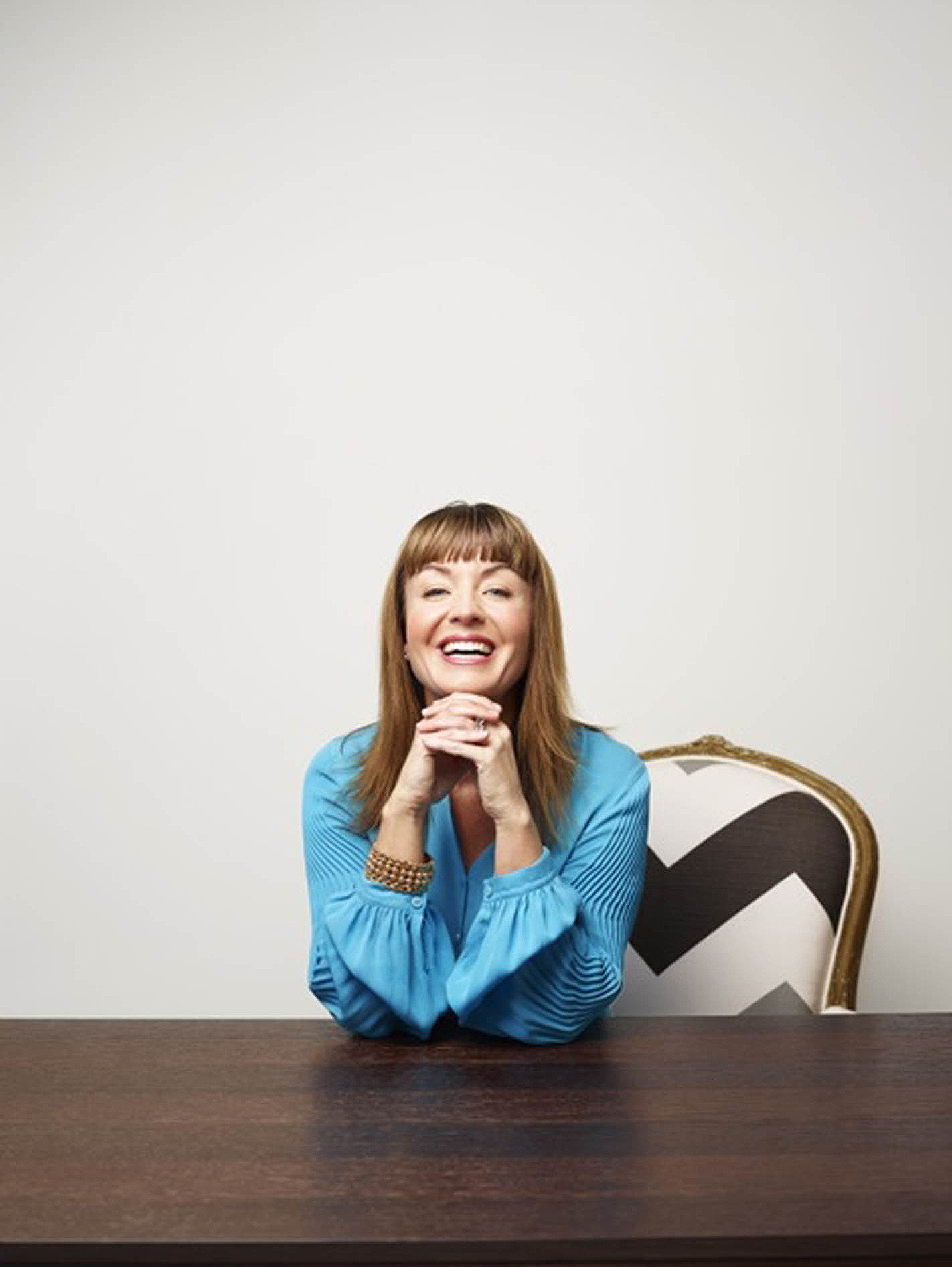 Anna Brockway is standing in a massive storage space, gazing fondly at a four-panel azure and tan Chris Makos painting that she’s been trying to buy for two years.

“You’re not coming down in price, are you?” she asks patiently.

Wheeling and dealing is business as usual for Brockway, a chatty, self-described compulsive redecorator. She’s also the co-founder and chief curator of Chairish, a design-centric online marketplace for reselling vintage and antique furniture and accessories. Just over two years old, the site launched in March 2013. It was co-founded by Brockway’s husband and business partner, Gregg Brockway, a serial entrepreneur who also co-founded popular travel sites Hotwire and TripIt.

On this warm summer afternoon, we’re in Donobedian’s 6,000-sq. ft. warehouse on Treasure Island, an artificial island in the San Francisco Bay between San Francisco and Oakland. Brockway, shoes off to protect the Persian rugs that carpet large swaths of the cement floor, bounces between looking at a walnut dressing mirror and another hot find: a fireplace tool set. “You have A.D.D.—antique deficit disorder!” Donobedian jokes.

Two-dozen chandeliers and mid-century light fixtures hang from the rafters. Scattered about are a couple of large taxidermy items, including a lion cub and an anteater. As I meander between end tables and carefully avoid stepping on a round, pink Missoni rug, Donobedian points to a strange, squat leather and steel chair. I feel the lower back support as I ease myself down. The chair is an original Max Gottschalk, he explains, designed for pianist Bobby Short.

Donobedian has been in the business for 35 years, and he notes that most dealers don’t set up a storeroom like a showroom. “But it wouldn’t be any fun if I had everything in a warehouse,” he explains.

Brockway didn’t start Chairish simply because she likes to shop. She wanted to bring liquidity to the secondary furniture market. By now, everyone knows how to resell a home or a car. But furnishings are a harder case, even when there’s a serious value proposition in selling older things that are stylish and were built to last.

Growing up, her father worked for high-end furniture maker Baker Furniture, immersing her in the world of home furnishings and interior design from an early age. And because she’s passionate about what she calls the three tenants of shopping for vintage or pre-owned furniture—that the items and overall experience should be good, fast, and cheap—wanted to do the same for vintage housewares and antique furniture. She adds that after the actual house and autos, furniture is the third largest U.S. household expenditure.

Technically, Chairish was born out of Brockway household banter over whether to get yet another new dining room table to accommodate their (at the time) rapidly expanding family. Anna, a fashion and retail veteran who spent a decade in marketing at Levi’s and eventually became its vice president of worldwide marketing, told Gregg his next startup should tap into the estimated $200 billion-a-year furniture industry. Gregg challenged her to do it instead.

In the early days, Anna solicited casual sellers to try the service on for size. Even now as professional sellers populate the site with one-of-a-kind armoires and candelabras, roughly 20 percent of the business is still peer-to-peer sales.

Since Chairish debuted, Donobedian has been listing his treasures exclusively with the marketplace, going so far as to shutter his brick-and-mortar shop. Rather than continue to maintain his own e-commerce store, he leaves the demand-building and traffic-driving to Chairish. He’s certainly not the only vendor pushing all his chips onto the table. The curated site now boasts 400 to 600 new listings every day.

It’s important to note that by calling it curated, Brockway means that items listed on Chairish are vetted. Screening is simply about keeping out broken pieces or stuff that was meant to be disposable. In other words, no particleboard shelves will show up on her site. Quality matters. Designer, style, era, and price point do not. “We don’t have an elitist perspective,” she says.

That isn’t to say it hasn’t become a resource for elites. Interior designers use the site to save time hunting down one-of-a-kind finds for clients. Eco-minded celebrities like The Honest Company’s Jessica Alba have used the site to redecorate and find pieces that are easy on the environment, if not the wallet.

Brockway and her team also travel to far-flung flea markets such as the Round Top Antiques Fair in Texas, where Chairish hosts real-time Instagram sales. During a recent frenzied closeout hosted on the image-sharing site, it took about 40 minutes to sell 45 items. Even though items move quickly on Chairish, there’s always a push to create a sense of urgency around one-off sales. There are features for less impulsive buyers as well: a way to mark favorites on the site and receive an alert when a bid is placed.

There’s also a need to keep the site propelled toward profitability. In July 2015, Chairish, now a team of 35, raised its an undisclosed Series B round, Brockway tells Fortune exclusively. The latest round adds to the $7.2 million Chairish raised in seed and Series A funding.

When we finally rise to leave the Treasure Island warehouse, a fog is slowly enveloping the San Francisco. But Donobedian motions to us to stop. “Wait—I have a gift for you,” he tells Brockway, and disappears into a back room behind some French wall sconces. He emerges with a remarkable item: a slightly weathered yellow and white arrow sign that reads “Camp Brockway.” It’s no Makos painting, but it’s a fun, unusually personal substitute that he had recently spotted and knew his friend would want. And already, Brockway says, she knows exactly where she’ll put it.