Warner Bros. in talks to make movies in China as country’s economy tanks 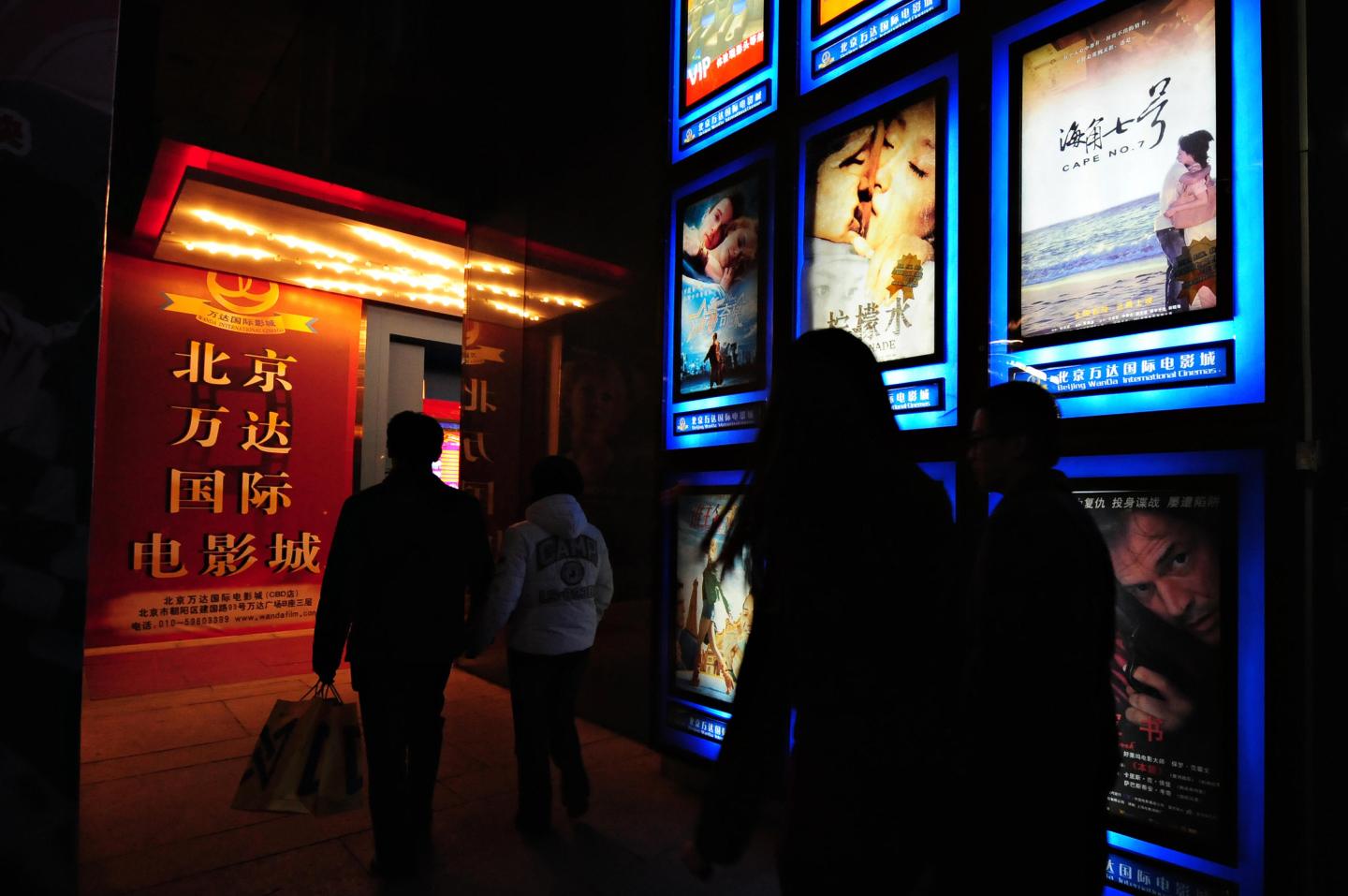 It would seem to be a precarious time for companies thinking about expanding their businesses in China, but that’s exactly what Time Warner (TWX) and its movie studio, Warner Bros., are reportedly planning. The Wall Street Journal reported on Tuesday that Warner Bros. is in talks with China Media Capital, a government-backed investment fund based in Shanghai, about forming a joint venture that would make locally produced films to take advantage of China’s emerging movie industry.

A Warner Bros. spokesman declined to comment on the Journal report.

News of Warner Bros.’ potential local partnership in China comes at a time when Chinese box office grosses have surged, even as the country’s economy is tanking. Chinese consumers have spent roughly $4.2 billion on movie tickets so far this year — a 64% bump from this point last year in what was a record-breaking year for the movie industry in China, according to entertainment researcher Rentrak (RENT). Paul Dergarabedian, senior media analyst for Rentrak, said China could storm past last year’s record-setting mark of about $4.6 billion total gross in a matter of weeks. (By way of comparison, North American ticket sales declined more than 5% last year, to $10.4 billion, but are on pace to top $11 billion this year for the first time ever.)

While China’s plunging stocks and general economic uncertainty may raise some red flags, Paul Dergarabedian, senior media analyst for Rentrak, notes that consumers’ entertainment spending is generally seen as somewhat recession-proof, meaning a struggling economy isn’t likely to keep China’s moviegoers away from theaters. He also points to the expected growth of China’s movie market in coming years, with analysts expecting the country to surpass the U.S. as the global box office leader by 2020. By 2030, Dergarabedian says, China’s annual ticket sales could be double that of the North American box office.

There are other risks for studios looking at China beyond the current fragile state of the country’s economy. Another obstacle is the Chinese government’s strict control over the movie industry, including rules limiting the number of films that can be imported to China each year. Producing some films in China could allow Hollywood studios to avoid those import quotas as well as regulations that put an embargo on the release of films made outside of the country — a rule that caused Terminator Genisys, a film released in the U.S. on July 1, to not be released in China until last weekend, when it opened with more than $27 million.

Even taking the various economic and regulatory risks into consideration, Warner Bros.’ interest in a potential joint venture would not be surprising. Time Warner already partnered with China Media Capital two years ago on a joint venture designed to invest in local media properties.

“They feel the risk is worth the potential reward,” Dergarabedian says of companies investing in China’s movie market, adding that he agrees with the sentiment: “If you don’t bet on China and it flourishes in the way that we all think it will, then you’re missing out on a big bet. A game-changing bet.”

Time Warner isn’t the only U.S. company to see the investment potential in China’s huge population and booming movie ticket sales. China Media Capital already has a joint venture with animation house DreamWorks (DWA), and other studios have acknowledged the importance of China’s box office by altering certain aspects of their films’ plots or filming locations to better endear the end-product to the Chinese market.

At the same time, locally produced films still comprise more than half of this year’s top-grossing films in China, according to the Wall Street Journal, which shows why a Hollywood studio would still see even more unlocked potential in the country’s growing movie market. And movie studios aren’t the only businesses battling over China’s entertainment dollar. Walt Disney (DIS) has pumped billions into its Shanghai Disneyland Resort, and video streaming company Netflix (NFLX) has big plans for an eventual launch in China, though it will face steep competition from a streaming service recently launched by Chinese e-commerce giant Alibaba (BABA).

With the impressive growth China’s movie market has already shown, Dergarabedian believes Hollywood is right to put down stakes there, even if the current economic situation does pose a risk. “If every studio doesn’t have some sort of plan for China,” he says, “they should.”