Here’s why Donald Trump is giving up Oreo cookies 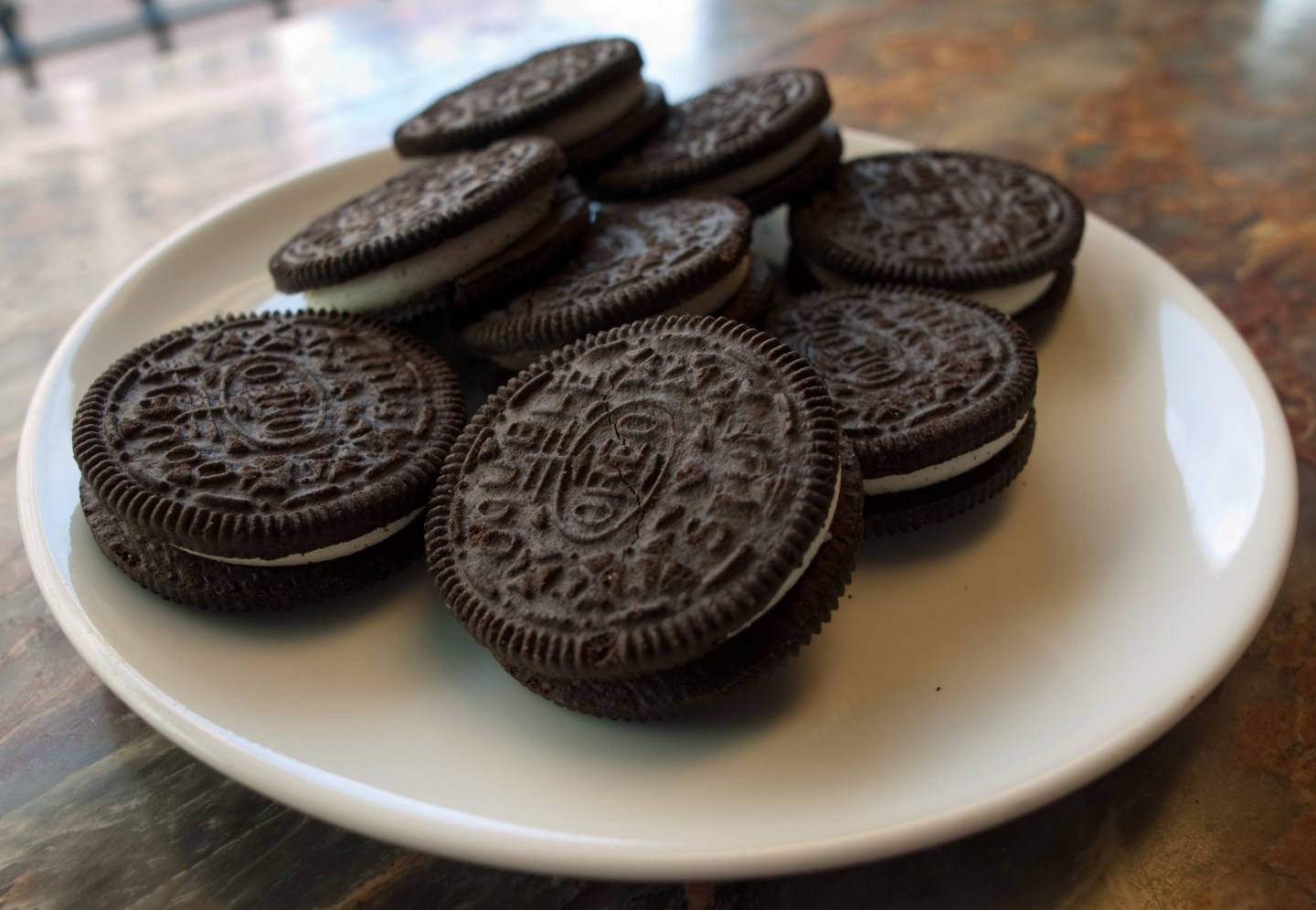 Nabisco may have just lost a prominent Oreo eater.

Hotel magnate and Republican presidential candidate Donald Trump confirmed on Tuesday that he will stop eating Oreos, a decision he came to after Nabisco parent company Mondelez International, announced last month that it’s replacing production lines in Chicago with new ones at a plant in Salinas, Mexico.

“I’m never eating Oreos again,” Trump said on Tuesday, reaffirming statements he first made last week at a rally in Alabama, where he said, “Mexico is the new China . . . I love Oreos. I will never eat them again. Nabisco closes the plant in Chicago and they are moving the plant to Mexico.”

A quick fact-check: that last sentence isn’t true. Mondelez is not closing the Chicago plant, but it is cutting 600 jobs there as a result of the new investment in Mexico, the Associated Press reports.

Because of the job cuts, Trump’s war on Oreos, which may look like mere grandstanding, is an effort to stick to his guns on the loss of U.S. jobs, which he has made a key issue in his campaign. Some of the most publicized remarks from his initial campaign announcement revolved around China taking American jobs. This week, amid severe stock market turbulence, he repeated a similar sentiment: “They want our people to starve. They’re taking our business away. They’ve taken our jobs away.” He has made similar comments about Mexico.

A spokesperson for Mondelez told the Associated Press that the company’s new investment of $130 million in Mexico is an effort to save production costs, as the new lines in Mexico will cost $46 million less per year than those in Chicago. Only two of the four new lines will make Oreo cookies.

Trump did concede that he would eat Oreos again if he could be sure they were made in the U.S.