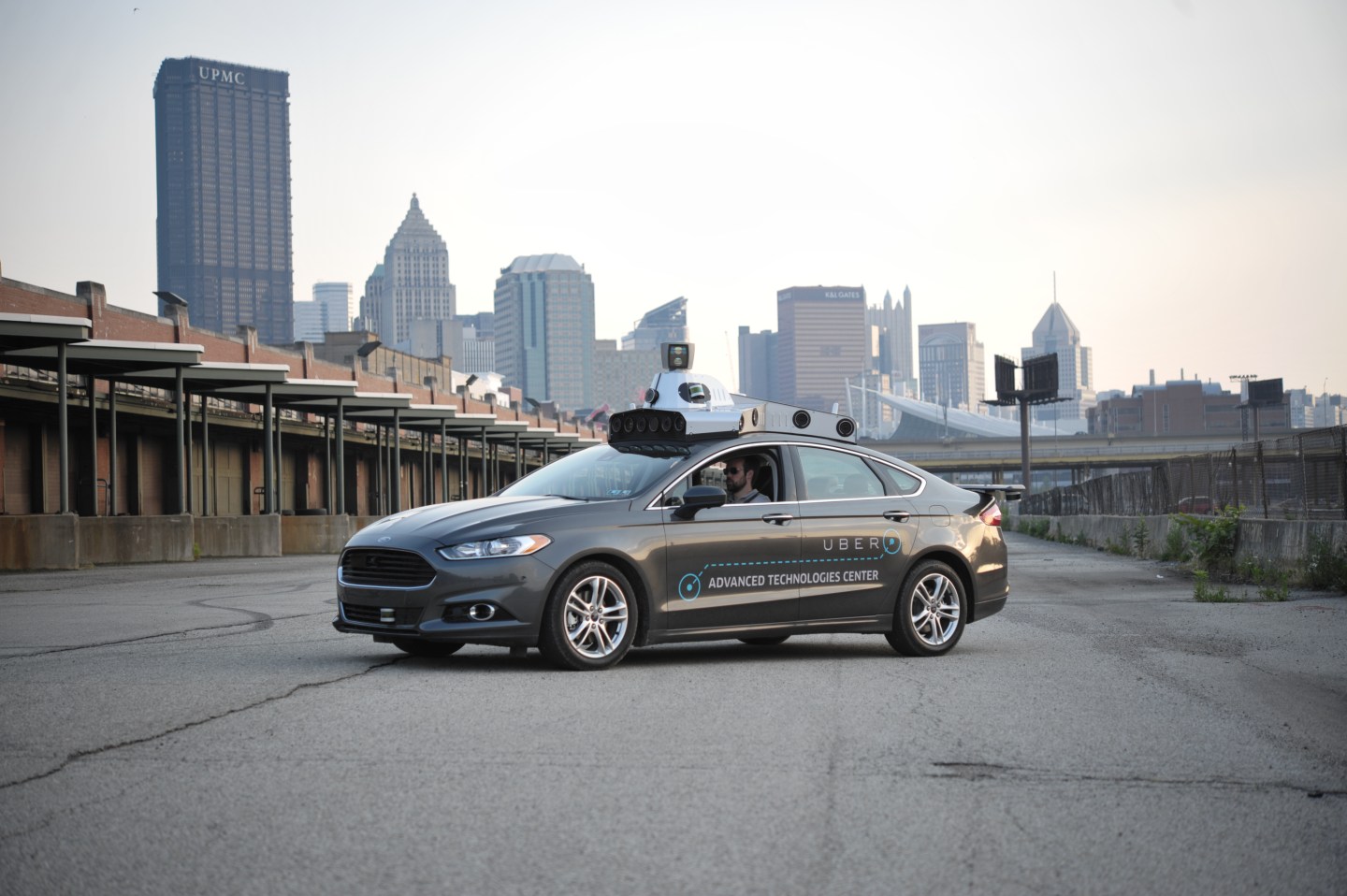 Self-driving cars need the right mapping technology and eyes—or optics—to see the world around them. So Uber—a company keen to tap into vast economic potential of self-driving cars—is partnering with the University of Arizona’s College of Optical Science.

The partnership, announced Tuesday by Arizona Gov. Doug Ducey’s office, will focus on research and development in the optics space for mapping and safety. Uber’s test vehicles, Ford Fusion cars equipped with mapping and autonomous driving technology, will be tested in Tucson, home of the UofA.

And while, Uber has previously said the mapping test vehicles are not self-driving cars, a curious coincidence occurred in conjunction with the partnership announcement: Ducey signed an executive order that allows the testing and operation of self-driving vehicles in Arizona. This may mean Uber is preparing to eventually test some self-driving tech.

You might remember that just a few months ago, Uber announced a seemingly similar partnership with Carnegie Mellon University. There are differences though.

Over at CMU, staff, faculty and students are conducting research and development in the areas of mapping and vehicle safety and autonomy technology. The focus at the University of Arizona is on optics for mapping and safety. Uber will work with the college’s experts in lens design to improve the imagery the company captures and uses to build out mapping and safety features.

For the unfamiliar, the University of Arizona is among the largest institutes of optics education in the world and boasts dozens of industrial partners, including Canon, Sharp Laboratories of America, virtual reality firm Oculus Research, Edmund Optics, Johnson & Johnson Vision Care, as well as numerous companies in the defense and aerospace sectors like Raytheon Systems Co. (RTN) and Boeing (BA). In short, it’s the place to go if you want to tap into the latest in optics technology.

It will be interesting to see if the same talent-poaching going on at CMU, will happen at the UofA. The partnership between Uber and CMU kicked off well enough this past February. But by June, Uber had poached 40 of the school’s researchers and scientists, much to the university’s chagrin. And the company is still hiring.