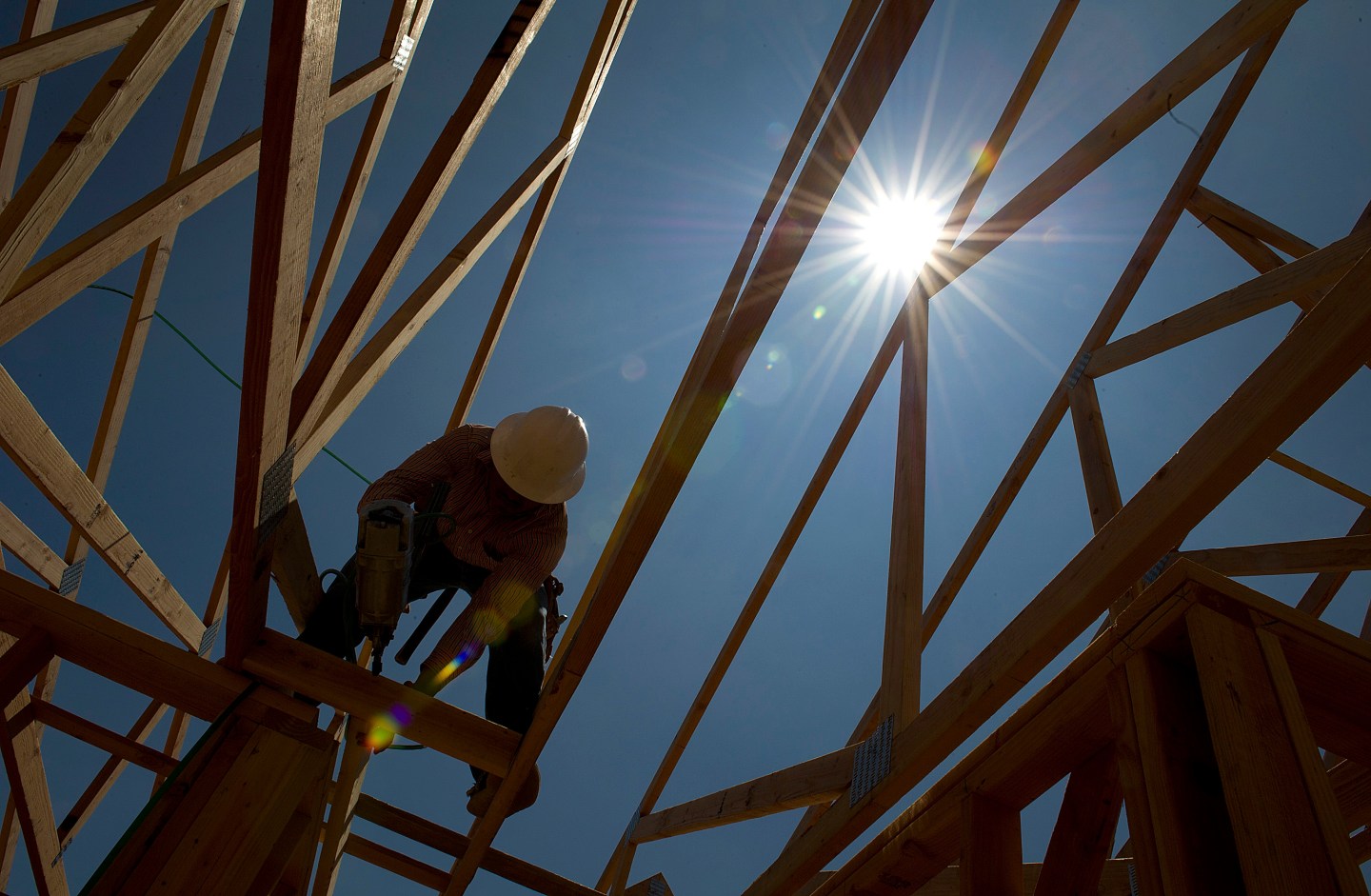 The homebuilding industry isn’t for the feint of heart.

Analysts like to call it “cynical,” but that’s just a fancy word for “there’s a good chance you’ll go bankrupt this decade.”

Indeed, home builders went bankrupt by the dozen following the bursting of the housing bubble. Not only had the industry overbuilt throughout the bubble years of 2002-2006, but the ensuing financial crisis and collapse in land values meant that credit was nowhere to be found for many builders in need.

But 2015 isn’t 2006. Real estate in America has turned around to such an extent that four of the fastest growing companies (Standard Pacific, M/I Homes, Toll Brothers, and Lennar) in America are home builders, while another five are building materials companies (Eagle Materials, Patrick Industries, PGT, Caesarstone Sdot-Yam, and Deltic Timber). So what led to this resurgence?

Home prices began to recover in 2012, and have continued to surge ever since, with the Case-Shiller index showing home prices rising 30% nationwide since the housing market bottomed early that year. As home prices recovered, so did Americans balance sheets recovered. Here’s a chart showing the trajectory of U.S. household debt payments as a percentage of personal income:

This paying down of debt (or discharging it in bankruptcy) combined with the recovery of home prices meant that Americans could finally start to think about buying new homes. The post-bubble slump, in which new housing construction fell to all time lows, helped create a dearth of housing and primed the sector for a strong comeback:

It should be noted, however, that the hard charging performance of these companies has just as much to do with how poorly they did in the years before 2012 and the recovery after that. For instance, the best performing builder on the list, Standard Pacific (SPF), which merged earlier this year with Ryland Homes, saw its revenues decline a staggering 69% from 2007 to 2011. Even a modest recovery from those lows would lead to impressive revenue growth. That’s one reason why the total return of 3 of the 4 builders on this list generally trailed that of the S&P 500. (One homebuilder that almost made our list, NVR (NVR), was one builder that performed well throughout the crisis, and so isn’t seeing the kind of outstanding revenue growth that warrants a spot among the fastest growing companies).

Nonetheless, homebuilding is clearly a great business to be in right now. As I wrote in my piece on NVR, demographics are on these companies’ side too. The single largest demographic group in the country are echo-boomers who are now in their early twenties and just entering prime home-buying age. And this is good news for the economy too, as investment in residential real estate usually accounts for a large share of total economic output each year. As homebuilders continue to recover, it should lead to faster growth and good jobs for blue collar Americans who have been shut out of the economic recovery.