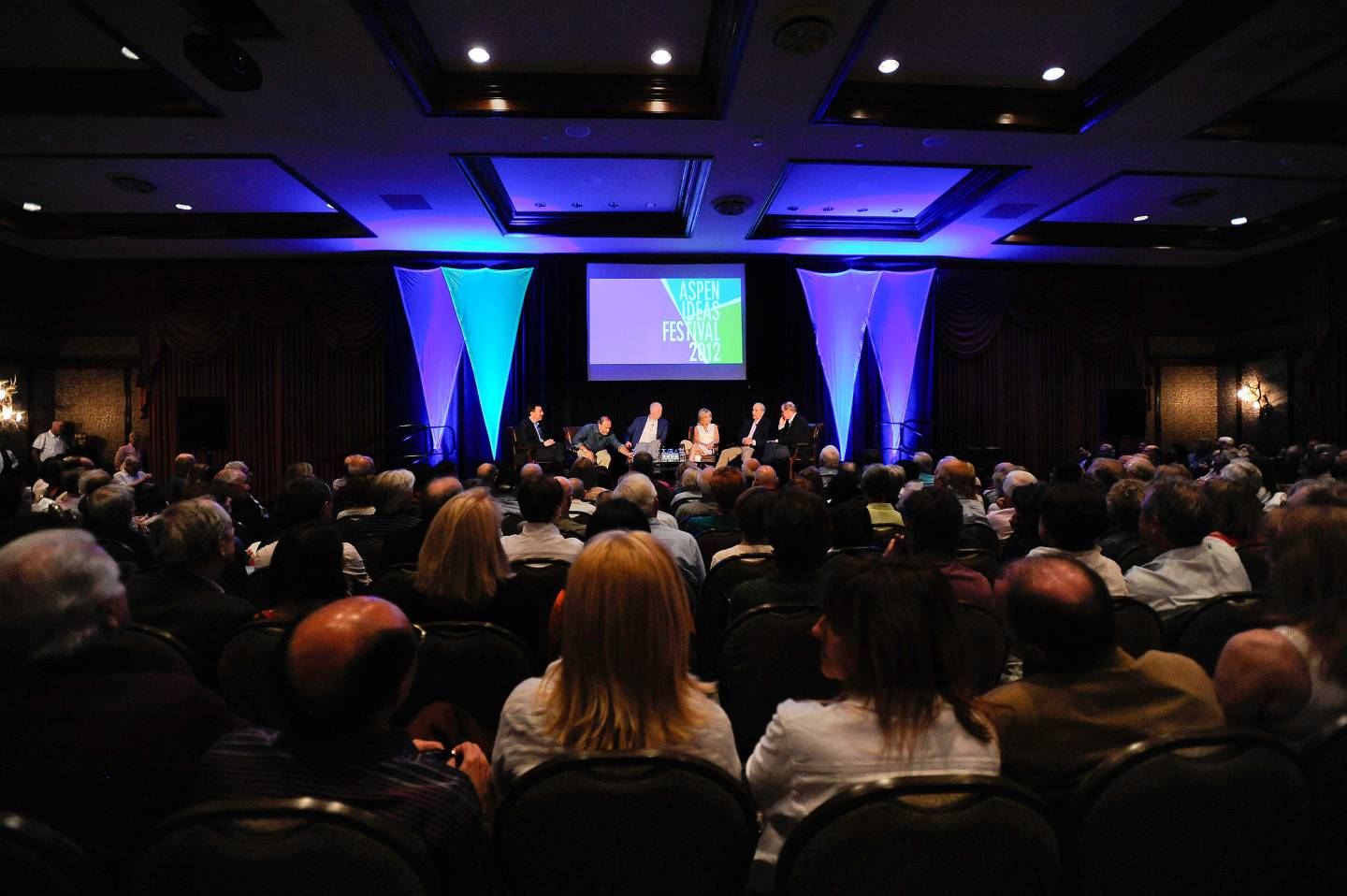 At a dinner party a few years ago, Salesforce (CRM) Founder Marc Benioff and Dropbox co-founder Drew Houston got to talking. Their conversation led to a new idea, and that idea led to Salesforce’s Chatter, an enterprise social network, Benioff recalled during an interview I had with him two years ago (for an upcoming book about what causes senior leaders, especially CEOs, to ask the right questions – before someone else does it for them).

Their conversation led to a new idea, and that idea led to Salesforce’s Chatter, an enterprise social network. Chatter was not just a result of a chance encounter. At the age of 50, Benioff regularly invites 20- and 30-something year-old entrepreneurs to his house for dinner. It’s in this pursuit of perspectives different than his own that he is able to constantly bring new services and ideas to market. Benioff, who is known to buy smaller firms for people (not products), once told me, “I don’t have all the ideas. That isn’t my job. My job is to build a culture of innovation.”

Our research shows that innovators like Benioff have mastered the art of networking ideas. By purposefully growing their networks to include people from diverse industries and backgrounds, they are quicker to act on observations that spur innovation.

When we think about networking, it’s usually to get a job, advance our career, sell our company or access resources. Networking for ideas is different. It’s about talking to people with dissimilar backgrounds or perspectives to spark new thinking or solve a problem.

Who should you talk to for great new ideas? Think of people outside your typical circle. Maybe it’s someone from another country, industry or socioeconomic status. Talk to men and women from different professions, various levels throughout their organizations, or with opposing political views. The point is to look for people who see the world differently because they have experienced the world differently.

While Benioff didn’t know his dinner with Houston would spawn a new business, he purposefully cultivated a situation where a novel idea was born. Here are a few ways to create the networking conditions for your ideas to thrive:

1. Attend an event: Many innovators I have interviewed frequent idea conferences such as TED, Davos and the Aspen Ideas Festival. But don’t overlook trade shows and smaller events. JetBlue Founder David Neeleman discovered the Brazilian plane manufacturer Embraer at a small airline industry conference. From that meeting, he landed on the concept of serving midsize cities with a new hundred-seat Embraer jet – offering customers a more comfortable and economical ride than on the standard fifty-seat regional jets or larger Boeing and Airbus jets.

Additionally, his conversations with other companies about entertainment options eventually led to JetBlue streaming live TV on its flights. Neeleman was forward thinking enough not just to act on the idea but to purchase the one company with the technology to implement it, creating a distinct advantage his competitors’ couldn’t duplicate.

2. Travel abroad: Entrepreneur Joe Morton never would have come up with the billion-dollar business idea behind XANGO if he hadn’t spent a year living abroad in Malaysia, where he heard about the believed health benefits of local fruits. Morton contacted his brother, a PhD candidate in the United States, and learned that while no research had been conducted on the fruits, numerous studies indicated a compound found in one of them had anti-inflammatory properties. By bridging a gap between his health and nutrition network in the U.S. and a network of locals in Malaysia, Morton successfully began selling juice made from the fruit.

3. Build an idea-sharing “board”: Many innovators build a small network of people as a “go to” sounding board of trusted confidants to find or test new ideas. While it’s important to seek out outside perspectives, senior executives are often confined in their ability to talk openly about organizational issues and challenges. In an interview for The Innovator’s DNA, one CEO told us he created an “unofficial group.” “It’s fairly senior, fairly seasoned people who are comfortable throwing out ideas and then forgetting about them if these hunches or speculations aren’t right,” he explained. “One thing about being a CEO is that you’ve got to be very careful about what you say in public and whom you involve in these conversations. That’s why networking for ideas, for me at least, is unofficial.”

From the dinner table to the tradeshow floor, innovative ideas can come from anywhere, and by engaging with people in many environments you increase your likelihood for success. At the North American unit of Xero, the New Zealand-based online accounting software company, everyone is expected to have at least two conversations a week with someone new. Who will you talk to this week – who is not like you?

Hal Gregersen is executive director of the MIT Leadership Center and a senior lecturer in leadership and innovation at the MIT Sloan School of Management. He is author of The Innovator’s DNA: Mastering the Five Skills of Disruptive Innovators and founder of The 4-24 Project.