This is what Obama just unveiled to boost solar 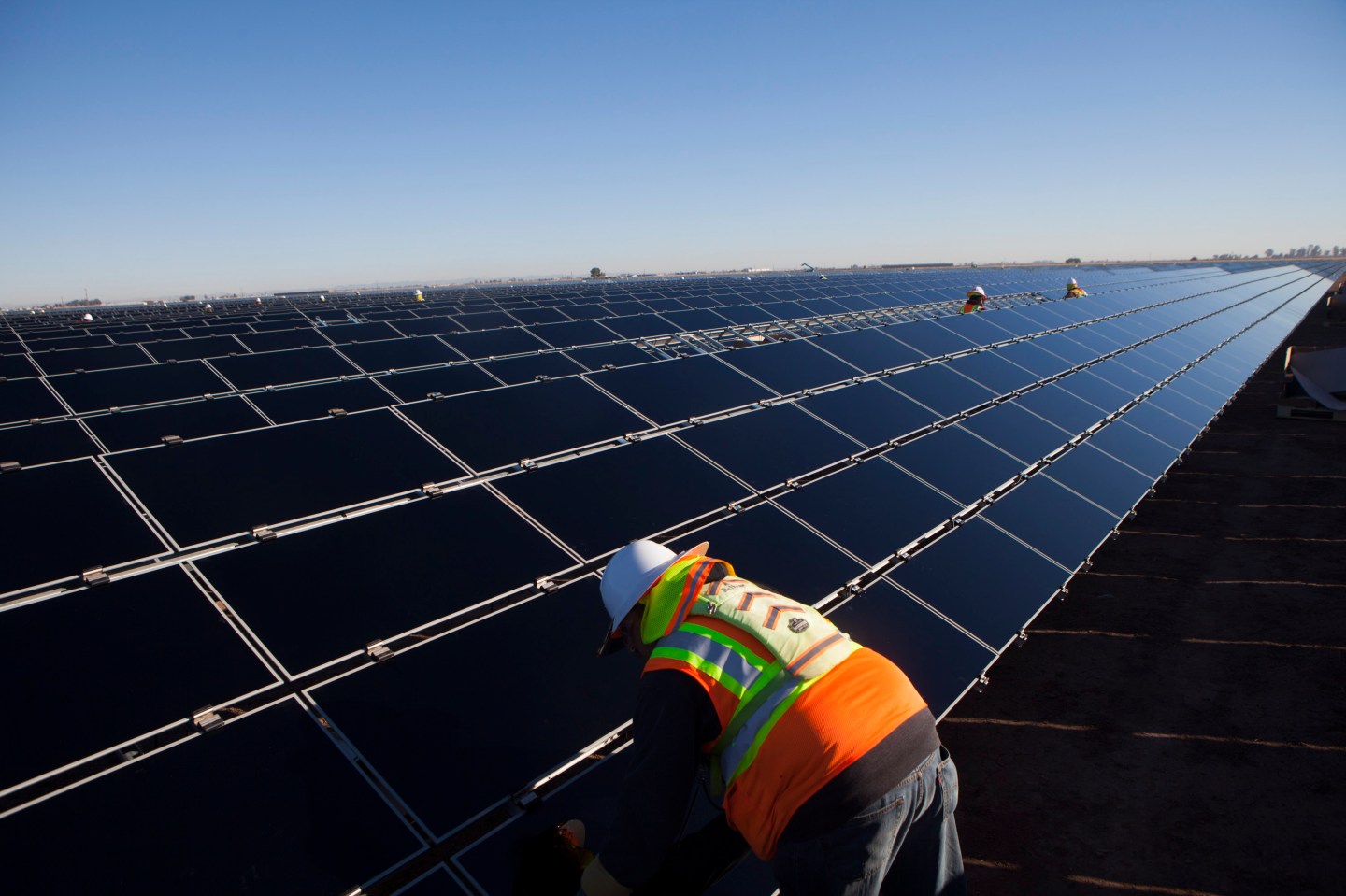 President Obama just announced a series of initiatives to encourage solar and other green technologies, as he tries to spur development of cleaner power sources.

The push will involve more than $1 billion in government funds to back new clean energy and energy efficiency projects along with funding research and development of new energy technologies.

While the individual actions are small, Obama’s overarching plan and public pitch shows his growing attention to both clean energy, as well as initiatives to fight climate change. In his final term in office, Obama is now focused on a legacy committed to climate change, and recently finalized a highly controversial plan to reduce greenhouse gas emissions from the power industry.

The Energy Department will oversee many of the new initiatives including another $1 billion for its loan program that has previously been both lauded and vilified. The agency previously gave loans to electric car company Tesla and the large solar farm Ivanpah, but also to failed solar panel maker Solyndra, which created a political firestorm with Republicans who criticized the administration for wasting taxpayer money on a flimsy business.

The loan program has made $30 billion in total commitments over the years to get new nuclear, solar and wind projects built, or new green technologies from big companies like Nissan or smaller companies like Tesla. Many of the very large solar panel projects built in the deserts of California and Nevada made use of these loans.

At the same time, the Energy Department clarified that the loan program can now be used to fund “distributed energy” projects, which are decentralized technologies like roof top solar panels, batteries in buildings or connected to the power grid, or adding computing intelligence to the grid. Much of the clean energy projects that have historically used the loans have been large “centralized” energy projects, which involve a utility buying and distributing the energy to its customers.

In addition to the new funding for the loan program, the Department of Energy’s ARPA-E program — which gives small grants to high-risk potentially disruptive energy technologies — has announced a new $24 million in funding for 11 high-performance new solar power projects. A good chunk of the funding will be allocated to projects at universities, like at MIT, but startup Semprius also scored funding for a new type of solar tech.

The President’s other actions include looking at how financing from Property-Assessed Clean Energy (PACE) programs can be used in new ways for clean energy. PACE financing is offered by states to building owners to support the upfront investment required for energy efficiency upgrades (like new insulation) or, more recently, a solar panel system.

Obama will also approve a transmission line for a large 485 megawatt solar farm that is supposed to be built in Riverside County, Calif. and could provide enough energy for 145,000 homes. One of the biggest delays for large solar and wind projects in the U.S. is the long approval process it takes to build out new transmission lines that can bring the clean energy from remote regions to the cities that will use the power.