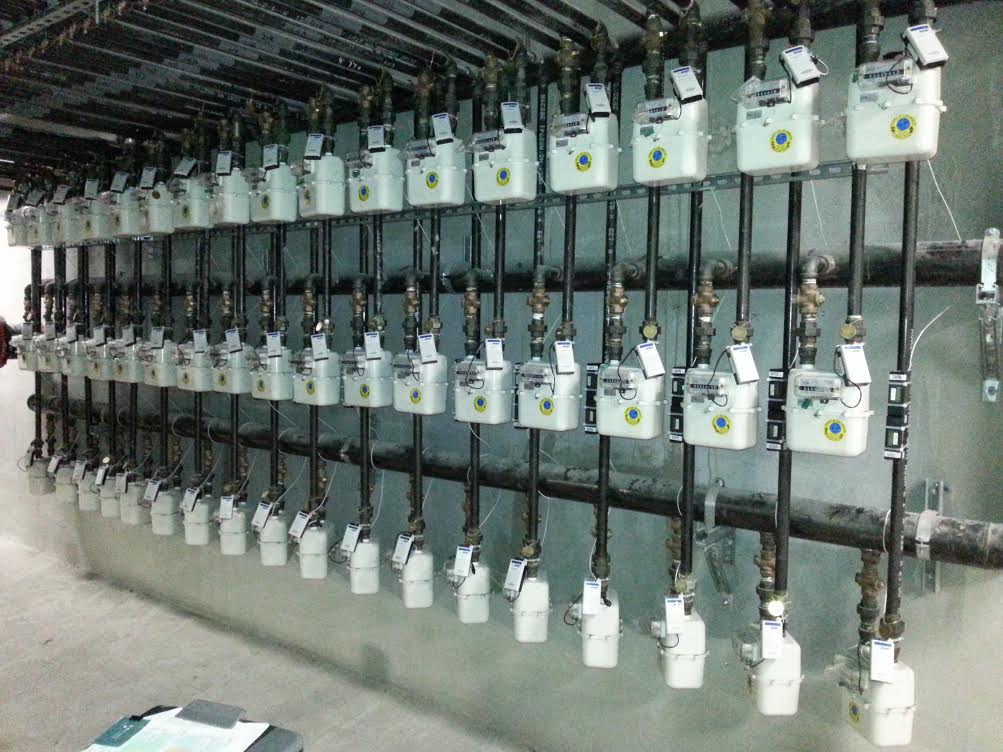 Homeowners are increasingly forking over the money to buy Internet connected gadgets like “smart” door locks that they can open by pressing a button on their smartphones. But renters have been mostly frozen out of the emerging smart home technology because they can’t change their locks or mess with the wiring in their apartments.

That may change. NWP, a company that provides smart metering and billing services to apartment complex owners, is getting ready to test connected lights, locks and thermostats in properties in California and Florida, according to Ron Reed, the company’s CEO.

In an interview with Fortune, Reed said his clients are interested in trying smart devices for the potential savings, but also because the technology may one day be an expected amenity in some communities. Elsewhere, apartment owners may be able to charge renters extra for the technology. “It feels like the market is now ready for this,” says Reed. “For some properties this is just going to be the ticket for entry but for others there is going to be a clear [return on investment].”

Reed offered an example of putting Internet connected thermostats inside apartments that can control the temperature via a smartphone app. Residents may eventually comes to expect them. But as a bonus, apartment manager may be able to save money by using the sci-fi thermostats to automatically lower the temperature inside individual apartments after residents have moved out.

Automated “smart” locks could offer similar savings by eliminating the need to change locks or replace keys. Moisture sensors and connected smoke alarms are among the other devices that Reed said make sense.

Connected lights, which could be set to go off when the resident isn’t home or turn on when night falls, are harder to justify, although NWP is trying to come up with a financial rationale.

Since its founding in 1995, NWP has raised more than $50 million, and now has 300 employees to help bring technology to apartment complexes. Its first “innovation” was introducing utility meters for individual apartments so owners could track how much gas, water and electricity individual renters used and then charge them for it.

The technology has led to some surprising findings. For example, Reed talked about one resident who had set up an illicit car wash using the water from the apartment complex’s laundry room and a local police department that was “stealing” electricity because it had set up two surveillance cameras on the property without asking.

So now Reed and NWP’s customers are eyeing the next generation of smart home technology and wondering how it can be put to use. “There’s a lot of tech here, but there are also business problems,” said Reed. “We’re going to need someone at the front desk 24-7 to handle customer support” to troubleshoot issues from technically challenged tenants.

Reed says that NWP has technicians are within two hours of every property it serves for both installations and physical troubleshooting if needed. The biggest challenge will be figuring out how to get devices to work together and making sure technology works with NWP’s software and billing systems.

NWP isn’t the only company trying to bring smart home technology into the rental market. Iotas, a startup in Portland, Ore. has signed an agreement with property management company Greystar Management to install about $900 worth of sensors in apartments in one of Greystar’s apartment complexes. based on data collected by those sensors, Greystar plans to tell residents how to save energy as well as offer cool home automation services through a voluntary program for tenants.