Meet the MBA class of 2017: More diverse, and competitive, than ever 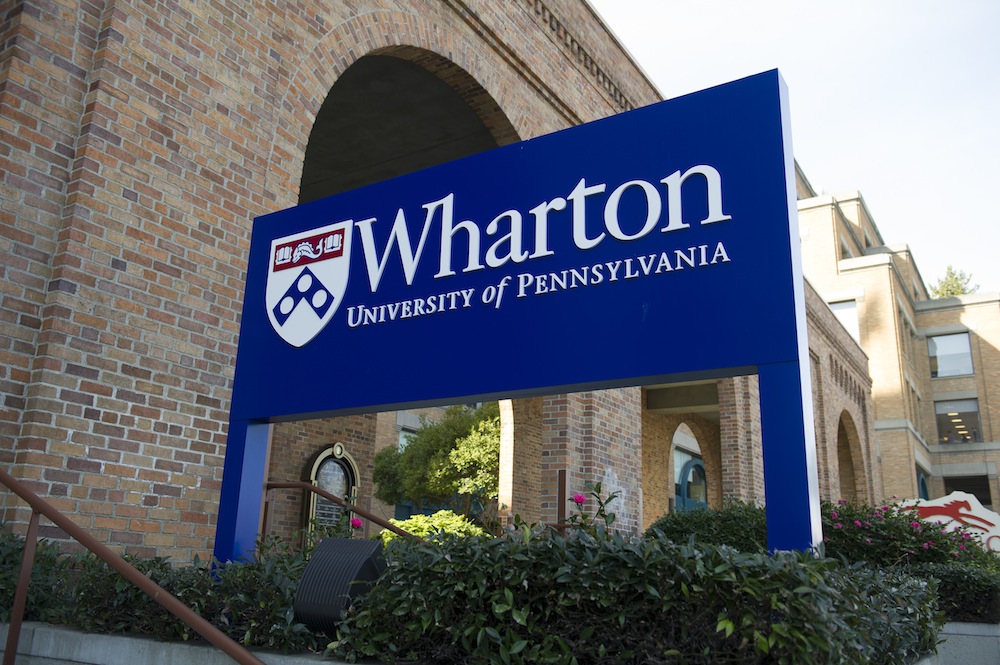 (Poets&Quants) — Traditionally, we associate spring with fresh starts. As temperatures climb and the landscape turns green, we behold a world renewed with possibilities. For MBAs, this transformation begins in the fall. Bursting with ideas and aspirations, a new class of young professionals stream onto campus as students once again.

At first, they will feel overwhelmed, stumble, and wonder if they belong. Like MBAs before them, they will persevere and inevitably shine.

And the class of 2017 will be no different. This month, first-years begin their orientations. A year ago, most were consumed with GMAT prep, interviews, and tying up loose ends. Now, they are looking to make their mark.

“I want to leave [the Berkeley-Haas community] in a better position than when I arrived,” writes Jay Obaze, a transplanted New Yorker who left a secure job at Wells Fargo to immerse himself in Silicon Valley’s startup culture. And Georgetown’s Tahira Taylor, who volunteered with the Peace Corps before moving into the sharp-elbowed world of advertising, was more blunt about her aspirations. “I want all of my classmates to know who I am.”

Business schools pride themselves on assembling classes from a wide range of backgrounds, and this year’s group of MBA students is among the diverse ever. A review of preliminary class profiles for 12 Top 20 American business schools, including Harvard, Wharton, Booth, Kellogg, and Columbia, shows one certain thing: Business students are increasingly female and international.

Roughly 39.1% of the incoming students at these top dozen schools are women, with several schools reporting record levels of female enrollment. For example, Berekeley Haas’ female student population has grown from 29% to 41% in the last two years alone (it has grown by five full percentage points at both Booth and Kellogg in the last year). In fact, five Top 10 MBA programs – Harvard, Wharton, Booth, Haas, and Kellogg – all report that 40% or more of their 2017 class is female (with figures from Stanford, MIT, Dartmouth, and Duke not yet released).

Business schools also are drawing different populations. Among schools reporting early data, 36.1% of the 2017 class hail from overseas. American minorities account for 27.3% of students in the schools’ sample, with Harvard and Kellogg showing an increase of three percentage points over the class of 2016.

The top MBA programs also are enrolling higher caliber students. In 2002, entrants from the University of Chicago’s Booth School of Business averaged a 687 GMAT. Today, that number has skyrocketed to 726. Ten years ago, incoming Kellogg MBAs averaged 700 GMATs. Today, that number has risen to 724 (and schools such as New York University and the University of Texas have experienced similar growth).

So who makes up the class of 2017, beyond the numbers? Recently, Poets&Quants reached out to nearly 40 leading MBA programs to learn more about their incoming classes. Our goal was to go beyond the punchy tags and spotless copy by introducing readers to students they would encounter at various programs. These students upend the misconceptions and stereotypes. Their stories serve as inspiration for applicants who wonder if an admissions committee would ever choose “someone like me.”

Over the next two months, Poets & Quants will be running a series, spotlighting 6 to 12 students each from 35 full-time MBA programs. So far, one thing is abundantly clear: The class of 2017 will be among the most diverse and accomplished student bodies yet.

“This is one of the most dynamic classes we have seen,” says Amanda Carlson, assistant dean of admissions at Columbia Business School. “[It] includes many students with strong entrepreneurial interests, from exceptionally eclectic backgrounds. We feel this class will produce dynamic leaders who will create incredible growth and opportunity in the global marketplace.”

Soojin Kwon, director of admissions at the University of Michigan’s Ross School of Business, seconds Carlson’s sentiments. “This was the most competitive applicant pool we’ve had in more than a decade – both in terms of volume and quality of applications,” says Kwon. “At 708, this class has the highest GMAT average for an incoming Ross class. About 35% come from outside the U.S. More than the strength of the class profile, though, we’re excited about the diversity of experiences our students bring with them – from an anesthesiologist to a former White House aide to a Broadway violinist to our largest cohort of veterans and teachers to date.”

Some are arriving with traditional academic credentials in economics, finance, international relations, and engineering. However, you’ll also find students who majored in cinema studies, neuroscience, women’s studies, and sports administration. As always, the class of 2017 will include its share of lawyers, physicians, military officers, and athletes looking to switch careers or groom themselves for leadership roles.

Top American schools are also welcoming first years from a larger segment of nations than ever. At the University of Pennsylvania’s Wharton School, you could sit between a Goldman Sachs-trained trader from Ethiopia and an Air Force division commander from Torrington, Wyoming. At other American programs, your cohort could include the best-and-brightest from Nigeria, Myanmar, Zambia, South Korea, Chile, Tajikistan, Singapore, and the Republic of Georgia (as well as Shanghai and Bangalore).

Indeed, first-years are being tapped from traditional feeders like JPMorgan Chase, Deloitte, and PwC. However, many defy expectations (or even categorization). This fall, Berkeley’s Haas School will welcome Jean-Marc Chanoine, a Georgetown JD from Miami who has spent the past five years in the United States Navy’s Judge Advocate General’s Corps (JAG). Wharton’s Michael Hinckley, who was previously a policy advisor at the U.S. Department of the Treasury, has already published a book called Microfinance: The Way of Grassroots Finance.

Samantha Yang, a mechanical engineer by trade, co-founded a company where she helped develop a series of iPhone educational games. Columbia Business School’s Mackenzie Green won the Miss District of Columbia USA in 2010. And Jonathan Goldstein joined Northwestern’s Kellogg School of Management after founding a test prep service and performing with the Civic Orchestra of Chicago, the Kansas City Symphony, and St. Louis Symphony Orchestra.

So, what drew the class of 2017 to particular schools? Some followed the real estate maxim of “Location! Location! Location!” and have set up shop at schools near specific industry or employer clusters. “The location of NYU will give me significant exposure to top companies domestically and internationally,” writes Stern’s Ashley Toscano, a Texas native looking to make a career change. “As someone who has a fascination with learning about other cultures, New York was the perfect place for this next chapter.”

A program’s overarching philosophy was another big draw for students. Lavinia Petrache, a native of Romania who most recently worked for Facebook, was seeking a program that would help her “grow towards the person that you want to become.” And this purpose led her to the Yale School of Management. “Yale has a mission that fits well with my views,” she says. “Educating leaders for business and society puts an emphasis on both business but also on helping and building a better world around us.”

Before enrolling at Georgetown’s McDonough School, Chris Cottrell was a budding entrepreneur who’d already established a nonprofit. “The school’s Jesuit tradition and emphasis on cura personalis, the education of the whole person, was attractive to me.”

Many members of the class of 2017 chose particular programs for the people. Nargis Sakhibova, who hopes to launch a tech startup after graduation, was immediately won over by the potential classmates she met at MIT’s Sloan School of Management. “What possibly played the most critical role in my decision was the fact that I felt happy and excited around the school and meeting current students. They possessed incredible intellectual vitality, analytical skills, and contagious energy, yet were approachable and creative in surprising ways.”

Sometimes, the decision just boiled down to a gut feeling. MIT’s Lisa Conn, a field organizer and director for Obama for America in Florida and California, got the sense that Sloan’s interest in her was mutual. “Not only did I think Sloan was the perfect fit, but I could tell instantly in conversations with past and present students, and during my admissions interview, that Sloan got me, too. We clicked. This was critical.”

Traditionally, professionals have registered for MBA programs to land cushy jobs and build thick Rolodexes. While some still subscribe to that vision, many members of the class of 2017 come to business school with different expectations and aspirations. Their goals range from the humble to the kitschy. The University of Toronto’s James Webster confesses that he is “strangely excited about becoming an Excel-whiz,” a skill that he has mostly avoided in his finance career. Yu Chen, a former science and humanities teacher, dreams of bringing home the Golden Briefcase for UCLA as part of the Challenge For Charity. Haas’ Chanoine plans to “high-five every single one of my classmates at some point before I graduate.”

Others intend to pursue more subtle and spiritual endeavors. Christopher Gomez Blank, who worked in immigration outreach and family defense before spending three years with Sesame Street, hopes to “meet and have at least one meaningful conversation with every member of my graduating class [at Georgetown].” And HEC Paris’ Veronica Tisera, a Procter & Gamble vet from Venezuela, hopes to give something back to her classmates. “If I graduate knowing that I had even the smallest influence in my peers’ MBA experience, accomplishment, and personal change, I will feel successful,” she says.

Many plan to create something of their own, choosing entrepreneurship over lucrative corporate gigs. “Following my MBA, I want to start my own company,” writes Christina Mackay, an Ernst & Young consultant who studied law at the University of Birmingham before being accepted into Cambridge University’s Judge Business School. “I have about 10 business ideas at present. So before I graduate, I’d like to think through these ideas with my fellow students and hopefully meet some business partners to put at least one idea into practice.”

Richard Leon Laroue, however, is determined to use what he learns at UCLA’s Anderson School of Management to give back to his community. “I would like to create a mentorship program in East Los Angeles so that undergraduate students from local universities could partner with poorly resourced middle schools and high schools to mentor students and coach them in college preparation. I was fortunate to be a part of a similar program while at UC Berkeley, so I’ve seen firsthand the transformative power that these programs have.”

Most consider an MBA education to be a once-in-a-lifetime opportunity, and many members of the class of 2017 plan to squeeze the most out of their experience. “After my MBA, I really want to be able to say ‘I don’t have any regrets,’’’ writes INSEAD’s Benjamin Lu, who is transitioning from banking to consulting. Cambridge’s Daniel Owens, who re-located from Los Angeles to Cambridge to enroll at Judge, sums up the Millennial FOMO sentiment best: “I don’t want to look back on my MBA and think “What if?” or feel that I could have done more.”

And doing more means taking risks, admits Wharton’s Ashley Kang, who studied sociology as a Harvard undergrad. “Business school is potentially the most ‘safe’ environment to take risks, so I would like to look back in two years and genuinely believe that I took full advantage of being in such an environment. I hope to take many smart risks, fail numerous times, and gain more perspective as a result.”

The Latin phrase for “learn” is “Percipio Percepi,” which can mean to gain or understand. That, in essence, is the heart of a successful MBA experience, and students such as HEC Paris’ Stephen Prsa are embracing this chance to break away and start anew. “My friends and family keep telling me: ‘Steve, you’re going to come back a completely different person. At the end of the day, that’s my goal.’”

10 Movies Every Business Student Must Watch

The Best Business Schools For Turning Internships Into Jobs