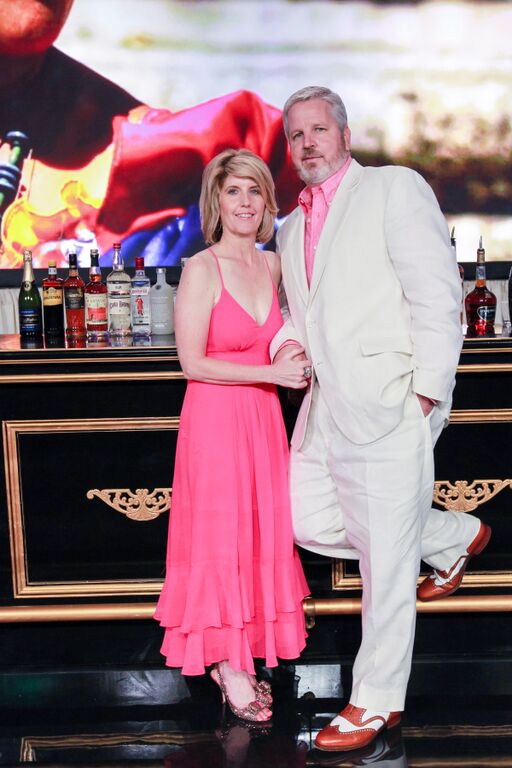 Looking at the 17,000 enthusiastic attendees and 340 sponsors of this July’s Tales of the Cocktail, it’s strange to think that just ten years ago Hurricane Katrina nearly obliterated the then-fledgling cocktail convention—and wreaked horrifying destruction on the city the event calls home.

Tales, which bills itself as the world’s pre-eminent annual cocktail festival, was founded by New Orleans native Ann Tuennerman. While the five-day celebration is now a must-attend event for top distillers and bartenders, things could have easily gone a different way. Tuennerman, who says she was forced to evacuate days after wrapping the 2005 Tales, says she vividly recalls just how close she came to permanently ending the event in the aftermath of the storm.

The 50-year-old Tuennerman grew up in an area of the city known as New Orleans East and loved her hometown so much that she couldn’t imagine living anywhere else. After graduating from the University of New Orleans, she had a string of marketing jobs for local radio and television stations but aspired to start her own venture. “I had an entrepreneurial spirit and was looking for a creative way to use it,” she says.

She didn’t start with Tales. First, in 2001, came two-hour walking tours on the history of the city’s bars and the cocktails invented by each. The idea came when Canadian beverage giant Seagram ran its first spirits ad on the FOX affiliate channel where Tuennerman worked. “That was when my relationship with spirit companies began, and I realized that New Orleans had a rich cocktail culture,” she says.

Like any new business, however, making money wasn’t easy. Tuennerman says that after paying her guides and other expenses, she netted just $3 from each $24 tour ticket. To help increase attendance, she got the idea to have a cocktail-themed event which would build buzz about the walks. She called it Tales of the Cocktail.

That initial Tales, in mid-August 2002, was a half-day effort. There was a happy hour and dinners with cocktail pairings at ten different restaurants around town. Momentum grew in the following years. Activities spread out over more days, and by 2005, Tales had 300 attendees and a sponsor, the spiced whisky maker Southern Comfort.

Katrina struck less than two weeks later. Not realizing the severity of the storm, Tuennerman left her lakefront home with a few days worth of clothes and headed to a hotel in Lafayette in southwestern Louisiana with her mother, sister, brother-in-law and their three dogs. When it became apparent that the city was virtually decimated, they went to Houston to stay with relatives.

Soon after, friends from New York City—who she knew from Tales—invited her come to Manhattan to work on a three-month project for the Italian coffee company Illy. Without any close friends, however, her time in New York was lonely, and she was keen to go back to New Orleans. In January of 2006, she decided to go home.

Resurrecting Tales was her biggest priority. She started by shifting the dates back to mid-July to avoid coinciding with the anniversary of Katrina.

Yet there was one big problem: Southern Comfort had pulled its sponsorship after the storm, leaving Tuennerman without its $100,000 in funding. To save revive the event, she cashed out her 401k, took a $100,000 bank loan and borrowed another $15,000 from her then-boyfriend and now husband, Paul Tuennerman. “I never believed that I would fail, but there was always that chance,” she says.

And then, unexpectedly, she got a call from Simon Ford, the director of trade marketing at spirits conglomerate Pernod Richard, who told her that he wanted its Plymouth Gin brand to be a sponsor that year. “I’d been to three Tales and loved how it respected cocktails and was also a center point for the spirits community,” he says. “I wanted our company to be behind that.”

He didn’t know at the time that he was the first post-Katrina sponsor. “I was surprised because I thought other brands like mine would want to make sure that Tales lived on,” he says.

About 500 people attended that year, and Tales has since catapulted into the global limelight. This July’s event drew attendees from 35 countries who gathered for a five-day celebration of the history and artistry of making drinks.

Highlights included a Q&A with Danny Meyer, the chief executive officer of Union Square Hospitality Group in New York City, and 80 seminars on topics like bartending as a career and the role of smoke and peat flavors in cocktails.

The event’s 340 sponsors still include Ford. Though he’s since left Pernod Richard, his new spirits company, The 86 Co., is a big backer.

As Tales as grown, so has Tuennerman’s star power. Meyer, for one, is a big admirer. “While the entire bar community descended upon New Orleans for Tales of the Cocktail, the gravitational pull was entirely focused on Ann Tuennerman,” he says.

But Tales isn’t just a feel good story. It’s also a serious business under the umbrella of Mojo 911, the company Tuennerman established in 2006. Besides Tales, Mojo includes those original cocktail walks and Tales on Tour, a smaller version of the conference in other cities—Vancouver, Buenos Aires and Mexico City so far.

Tuennerman has also set-up a non-profit called the New Orleans Culinary and Cultural Preservation Society which supports the hospitality industry through money from Tales. To date, it has funded more than $550,000 of grants and scholarships.

August, the month the original Tales came to life, is when Tuennerman reflects on these accomplishments, but her happiness is intertwined—even more so during this year’s tenth anniversary—with sadness over the disastrous impact of Katrina.

“I am proud to see what Tales has become, but feel sentimental about what my city went through,” she says. “Ultimately, I consider it to be a celebration not just of cocktails but of New Orleans.”