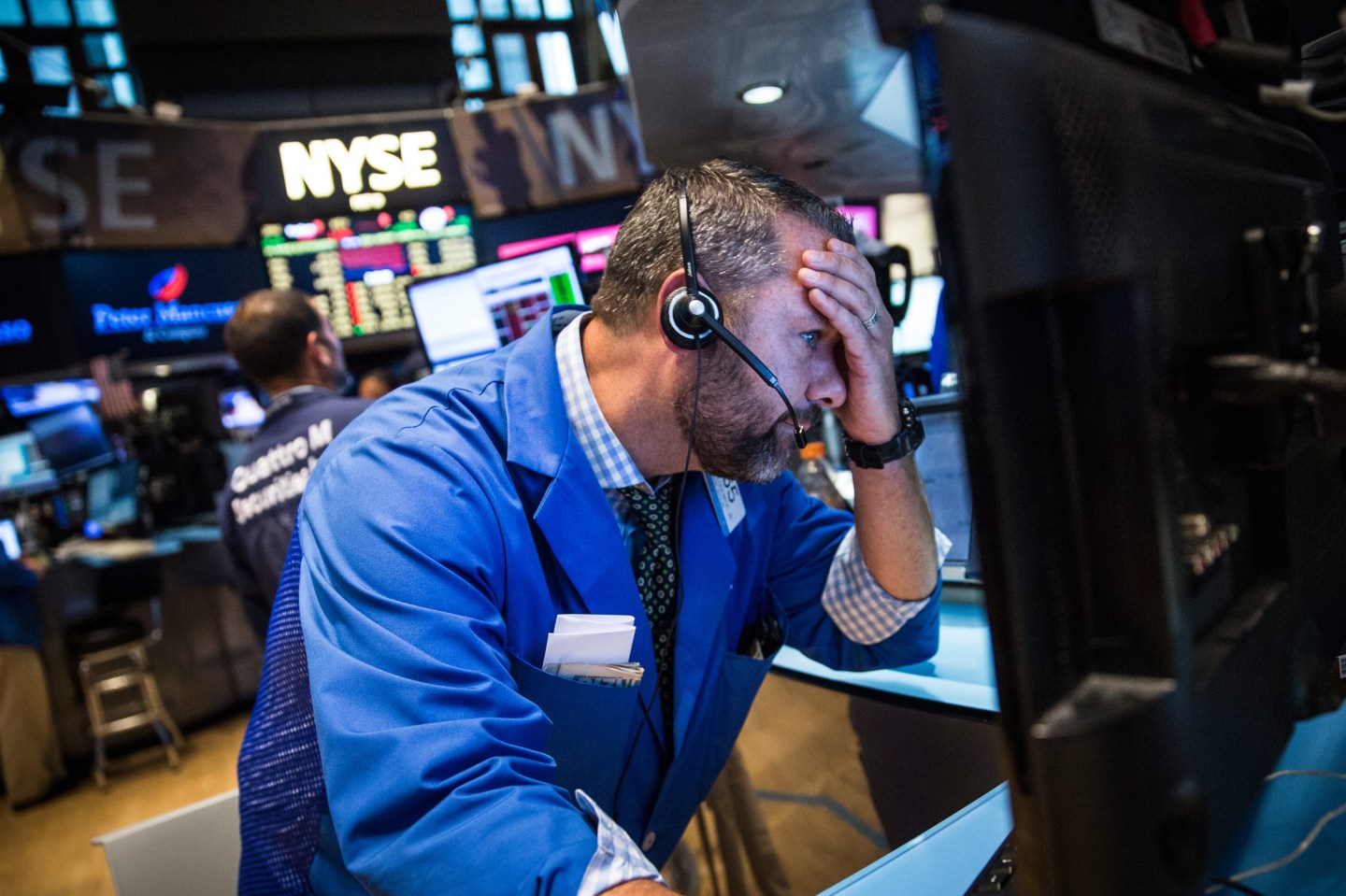 World stock markets fell sharply Friday, recording their worst week of the year, as more data pointed to slower growth in China and sent investors scurrying to the safety of bonds and gold.

Emerging market assets took another hammering and oil prices saw their longest losing streak in almost 30 years after Chinese factory activity shrank at its fastest pace since the 2009 financial crisis.

The Dow Jones industrial average was down 531 points at the close, or 3.1%, adding to a Thursday’s 358-point decline. Other indexes ended the day down sharply. The Dow is now off about 10% from a record closing high seen on May 19, placing it in correction territory, defined as a decline of at least 10% from a recent peak.

The Chinese factory data followed weaker-than-expected data in July, plus turbulent policy changes in the yuan and a brutal stock market plunge.

The dollar fell broadly, dropping to a two-month low against the euro, as the Chinese data eroded expectations the Federal Reserve will raise U.S. interest rates next month. The low rates may be distorting valuations and creating asset bubbles.

“The Fed is in an extremely awkward situation right now,” Robbert van Batenburg, director of flow strategy at Societe Generale. “You have across-the-board competitive currency devaluations that will invoke the deflationary monster here in the U.S.”

Thomas Lee, managing partner at Fundstrat Global Advisors in New York, said it was hard to say what was behind the selloff.

“There’s no shortage of things people can cite, from the movement in currencies, to the weakness in commodities and fears about China,” Lee said. “But at the end of the day if people are trying to take down risk, then it’s going to make sense for them to sell their exposure in equities as well.”

Stocks in Europe fell more than 2% in a global rout spurred by a 4-% decline in Shanghai stocks. Major European indices were in correction territory, a decline of 10% or more from their peak.

The pan-regional FTSEurofirst fell 3.4% to 1,427.13, its worst day since November 2011, as traders shrugged off euro zone manufacturing and services data in a third straight day of selling.

MSCI’s emerging markets index was at its weakest in four years, off 2.17%, while the firm’s all-country world stock index fell 1.99%.

Oil fell hard again. U.S. crude was at a more than 6-year low, on track for its eighth straight weekly decline, dropping below the psychologically-important barrier of $40 during the session.
[fortune-brightcove videoid=4434358985001]

Oil’s run of weekly losses is its worst since 1986, when the Organization of the Petroleum Exporting Countries ramped up production and sent it as low as $10 a barrel.

“The perfect storm that has enveloped EM local markets looks set to continue,” Barclays analysts said in a note.

Yields on safe-haven U.S. Treasuries slipped further, with the benchmark 10-year note rising 12/32 in price, pushing its yield down to 2.0417%.