The new global head of running is a paid Nike ambassador 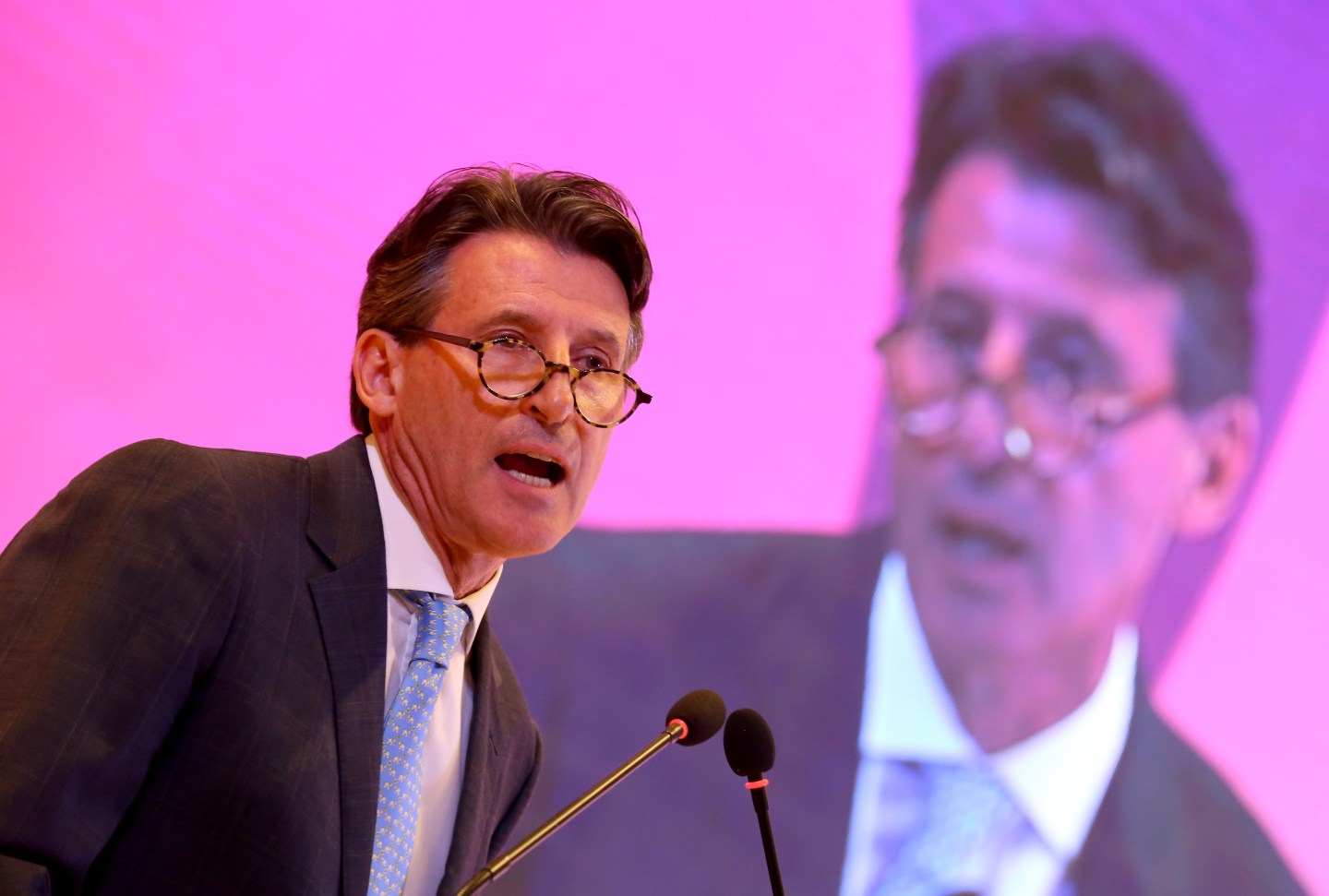 Most American sports fans may not have ever heard of the International Association of Athletic Federations. But the IAAF is a powerful global organization that has more than 100 years of history. It is the global governing body of “athletics,” which basically translates to track and field. As of this week, the IAAF has a new president: Sebastian “Seb” Coe.

Better known to many as “Lord Coe,” the IAAF’s new leader is a former British track superstar who won four Olympic gold medals in the 1980s. He went on to become a conservative politician. His long history in sports leadership included being chairman of the British Olympic Association (he is credited with running London’s successful bid to host the 2012 Summer Games) and serving as vice president of the IAAF since 2007.

He also has a long history with Nike (NKE). Coe was a Nike-sponsored athlete during his running career (he won the 1500 at Moscow in 1980 wearing Nike spikes) and, in 2013, the company announced his appointment as an “international adviser.” A press release from that time said that Coe would serve as the international spokesperson for Designed to Move, a Nike fitness initiative launched in 2012 to tackle inactivity and encourage physical exercise. The release noted that Coe had “remained an ambassador” for Nike since he retired from running. In other words, he has been on the Swoosh’s payroll for more than 30 years.

Coe at a track event in London in 1984. Reg Lancaster Getty Images

What does being a Nike “ambassador” entail? The company declined to comment to Fortune, but it did confirm that he is still an ambassador. What we know is that while each ambassador’s contractual obligations are different, each is paid an annual fee by the brand. There are ambassadors of all varieties—for one example, Yankees outfielder Jacoby Ellsbury and Philadelphia Eagles quarterback Sam Bradford are both ambassadors for N7, an initiative from Nike’s Native American division that designs footwear for Native communities and gives proceeds to youth activities. Experts say that Nike ambassador roles are akin to the roles that endorsed athletes have after their athletic careers end. In other words, it’s more than just a figurehead position—it can involve appearing at events, flying to other countries to represent the brand, and meeting with people about potential partnerships. Coe holds this role in addition to his responsibilities at the IAAF.

Might running the global governing body of track while working for Nike (albeit in a minor capacity) constitute a conflict of interest? Nike would not comment, and the IAAF did not respond to a request for comment. But Coe was asked the question at a press conference on Wednesday and The Telegraph reported that he “appeared flustered” before he answered, jokingly, “I have only been at Nike since 1978, so that’s a fairly new relationship.” He added that he did plan to make “adjustments where appropriate.” That may mean leaving Nike, or Coe may feel that the long history of his relationship there makes it no big deal.

Nike has had additional controversy in the same sport this summer. Nick Symmonds, an American middle-distance runner who won a silver medal at World Championships in Russia in 2013, was booted from Team USA for the 2015 games in Beijing because he refused to wear Nike at team functions. Nike is the official sponsor of USA Track & Field through 2040, but Symmonds is sponsored by Brooks running; while he was happy to wear the Nike kit in competition, he did not like being forced to wear the brand at subsequent events. He told the New York Post that his fellow athletes “are being mercilessly bullied and threatened by USATF.”

With that scandal still brewing in running circles, a Nike ambassador running the world’s track association may stoke additional fire.