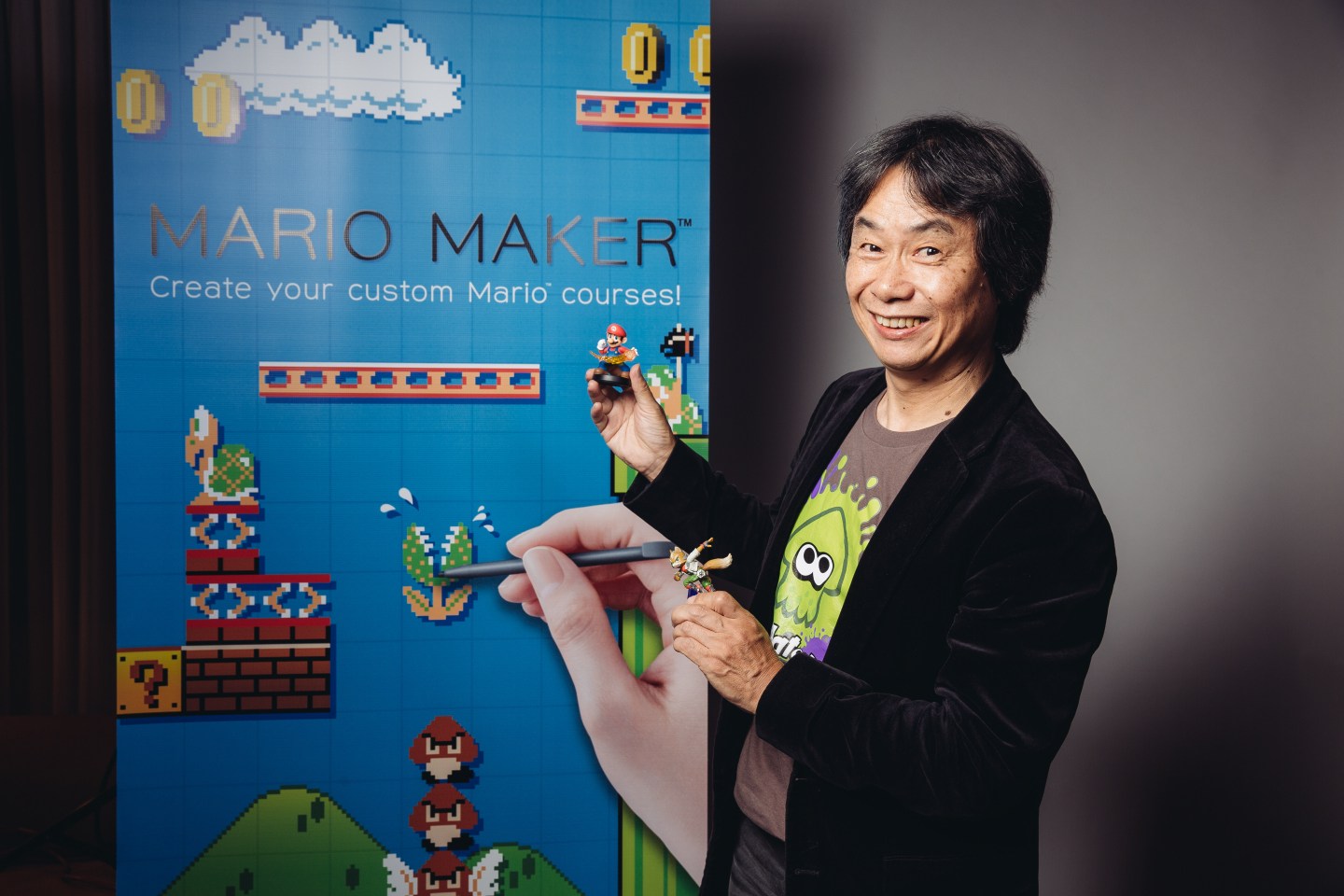 Shigeru Miyamoto poses for a portrait during an interview at the Montage Hotel on Friday, December 12, 2014 in Beverly Hills, Calif. (Photo by Casey Curry/Invision/AP)
Photograph by Casey Curry — Invision/AP

After the big screen disaster that was Super Mario Bros. in 1993, Nintendo made the decision to guard its valuable collection of characters from the movie-making world—a move that proved prescient given the string of bad game-related films that would follow for the next 15 years.

But as convergence has become the norm in the entertainment universe, the company has started to rethink that stance—and is now ready to once again entertain Hollywood’s advances.

And the best news, for gamers, is that that relationship will be overseen by Nintendo’s Software Planning & Development (SPD) Division—the group run by the company’s creative mastermind Shigeru Miyamoto.

“For Nintendo IP, a more active approach will be taken in areas outside the video game business, including visual content production and character merchandising,” the company said. It was an understated announcement, but surprising to the few people who noticed it.

But the roots for this new openness actually started a few years prior. In 2012, Nintendo (NTDOY) showed a willingness to warm to the idea of allowing its characters in film when Bowser appeared in Wreck-It Ralph. The film—and the cameo—were widely praised.

Earlier this year, it tried again—letting director Chris Columbus convince it to feature Donkey Kong in Adam Sandler’s Pixels. That didn’t go so well—and almost didn’t happen at all.

“After months and months of meeting with the board of Nintendo they agreed that we were going to treat Donkey Kong with respect and the proper gameplay, which was very important, and bringing Donkey Kong into the film was a slam-dunk for us,” Columbus told Wired.

(Mario and the Duck Hunt dog also cameoed in the film, which earned a horrific 16% ranking on Rotten Tomatoes.)

Now, with Miyamoto and Shinya Takahashi, general manager of Nintendo SPD, overseeing the use of characters in film-based entertainment products, Hollywood suitors are going to have to be even more convincing.

“We’ve had, over the years, a number of people who have come to us and said ‘Why don’t we make a movie together—or we make a movie and you make a game and we’ll release them at the same time?’,” Miyamoto told Fortune at this year’s E3. “Because games and movies seem like similar mediums, people’s natural expectation is we want to take our games and turn them into movies. … I’ve always felt video games, being an interactive medium, and movies, being a passive medium, mean the two are quite different.”

Still, he says, as times change and the company looks to broaden its focus, Nintendo is open to discussions.

“As we look more broadly at what is Nintendo’s role as an entertainment company, we’re starting to think more and more about how movies can fit in with that—and we’ll potentially be looking at things like movies in the future,” said Miyamoto.

A rumor made the rounds earlier this year that Nintendo was talking with Netflix about a live-action series based on The Legend of Zelda, something the game maker was quick to deny. And, so far, the company has not made any additional announcements about film partnerships, perhaps due to its current focus on making a mobile game for iOS and Android devices and preparing new hardware, which will be unveiled next year.

Still, it’s not completely ignoring the expansion of its brand into other areas. Three months ago, the game maker announced a partnership with Universal Studios to create theme park rides and attractions based on Nintendo characters.