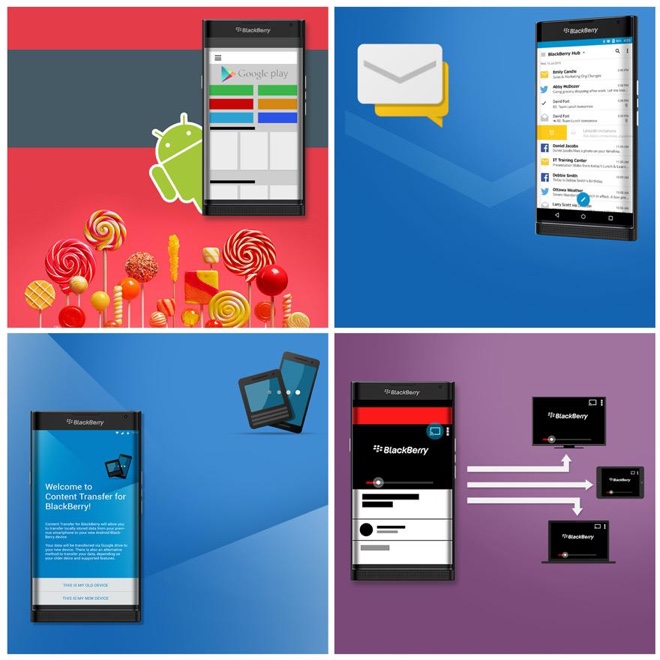 If rumors are to be believed, BlackBerry (BBRY) will soon launch its own Android device. The move isn’t entirely unexpected, however, since a 2015 report claimed BlackBerry was considering the idea back in June. If true, the move would be the company’s first smartphone that didn’t run its own proprietary operating system.

Although, it’s now apparent BlackBerry has been doing more than just considering the move. That is, if you believe a recent round of videos and product renders from Evan Blass, known as @evleaks on Twitter. Blass has a proven track record when it comes launch dates, and specifications for unreleased smartphones.

According to the tech enthusiast, the BlackBerry “Venice” (likely a codename) will be released on all four major U.S. carriers this November. Additionally, he also posted the two short promotional videos which provide a glimpse at the rumored device thus far. You can view the short videos here and here.

The device features a dual-edge screen, much like Samsung’s Galaxy Edge offering. Staying true to its roots, the Venice will also feature a slide out BlackBerry keyboard. The device in the leaked material resembles the device BlackBerry briefly showed at Mobile World Congress in March.

When asked about the device, a BlackBerry spokeswoman confirmed its commitment to its current operating system. “We don’t comment on rumors and speculation, but we remain committed to the BlackBerry 10 operating system, which provides security and productivity benefits that are unmatched.”

To its credit, BlackBerry isn’t just resting on its laurels and recently updated its BlackBerry Passport lineup in an attempt to drive more consumer interest. The revamped unit consists of a stainless steel frame, rounded corners and a refined keyboard. However, the last major device release from BlackBerry was at the end of 2014, with the BlackBerry Classic.

BlackBerry’s latest earnings report made it clear the company was no longer focusing on its handset business, as it sees greater potential in its software suite of security solutions. By reallocating the resources it spends managing its BlackBerry 10 operating system instead on modifying the Android code the company may once again find its rhythm in smartphones.

BlackBerry CEO John Chen recently opened up about the rumored Android device during a CNBC interview in June. After stating that his company only builds secure phones he told viewers “if I can find a way to secure an Android phone, I will also build that.”