No, private equity is not inflating tuition at Yale or any other school 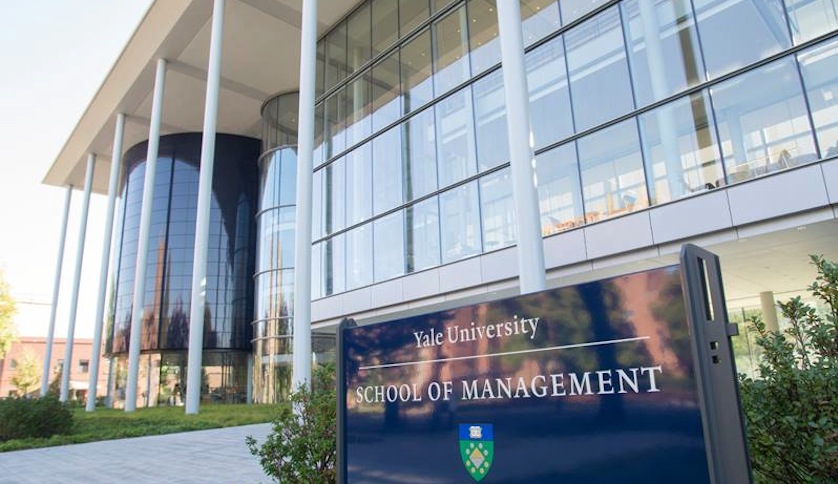 While excoriating The California Public Employees’ Retirement System (CalPERS) earlier this summer for not knowing the amount of performance fees (i.e., carried interest) it had paid to its private equity fund managers, I also warned about what might happen when the pension giant finally got its books in order. Namely, that people would see a giant number, take it out of context and make all sorts of wild accusations:

The more carry a system like CalPERS pays, it’s primarily reflective of higher returns (since carry is a percentage of investment profits). For example, you wouldn’t want to brag about paying zero dollars in carry, since all that means is that you didn’t generate positive returns on your investments. Therefore, it will be important for CalPERS to put the figure in the greater context of its returns — and to see how close it is to the market standard 20%.

But today’s column isn’t actually about CalPERS. It’s about Yale and other university endowments, which were the target of a related misdirection in yesterday’s New York Times by University of San Diego professor Victor Fleischer. Before continuing, let me be clear that I often agree with Victor, particularly in his continued advocacy for changing the tax treatment of carried interest from capital gains to ordinary income (where he has been, arguably, the leading voice). But his op-ed was a dangerous bait-and-switch that effectively blamed private equity managers for ever-rising tuition costs.

Fleischer examined recent reports from Yale’s $24 billion endowment, did some guesswork (namely using 2 & 20 as fee proxy) and determined that Yale paid its private equity managers $480 million in the last fiscal year — of which around $343 million was performance fees. He then pointed out that Yale’s endowment only contributed $170 million during the same period to student tuition assistance, fellowships and prizes (out of a total of $1 billion contributed by the endowment to university operations).

Did you catch the subtext there? Let me gently summarize: YALE IS PAYING MORE TO ITS PRIVATE EQUITY MANAGERS THAN TO ITS STUDENTS. OUTRAGEOUS!!!

Not surprisingly, Twitter and the NYT comments section reacted with the sort of fury usually reserved for exposés of unfriendly tech workplace culture.

But here’s the big problem: Fleischer’s post only delves into the “carried interest” part of the equation when pointing out the tax treatment, while giving short shrift to the reality that most of Yale’s payments to PE managers are directly tied to those managers having generated billions of dollars in investment profits for the school.

Yale’s private equity program currently represents 33% of its endowment, and has generated 15.4% annual returns over the past decade (a better mark than the S&P 500 over the same period). Were Yale’s PE portfolio to make that exact return on its current PE portfolio in its current fiscal year, the return in hard dollars would be over $1.2 billion. Sure, Yale could pay its private equity managers exactly bupkis, and then be $1.2 billion poorer for its populist pose.

If you want to argue that private equity management fees are too high with too little oversight, I’m with you. But braying about performance fees is counterproductive.

Fleischer also implies a quid pro quo between Yale investing in PE and hedge funds and managers from said funds becoming large donors to the school, although he doesn’t meet his burden. Yes, Blackstone Group (BX) CEO Steve Schwarzman gave a huge donation to Yale. What Fleischer didn’t mention is that Schwarzman also went to Yale as an undergrad. Or how about this: Blackstone spokesman Peter Rose tells me that “there is not a single dollar of Yale money in any Blackstone fund.” If Schwarzman was trying to bribe his alma mater, he did a lousy job of it…

Finally, Fleischer argues that schools like Yale spend too little of their endowment annually on students and other school operations. He points out that private foundations are required to spend 5% of assets each year and that universities should be required to spend 8%. Yale last year came in at 4.35%. If this sounds familiar, that’s probably because we heard similar talk pre-crisis about how rich per capita endowments like Princeton’s should eliminate tuition entirely.

I’m not going to delve into that in this space by arguing the risks of dwindling reserves (or how schools could better control costs by cutting back on large capital projects), except to say the following: Performance fees paid to private equity has no bearing on if Yale spends $1 billion or $2 billion each year on its students. It’s not a zero sum game. And, over time, Yale’s endowment would lose its flexibility to increase its student payouts were it to cut off private equity managers (unless it could somehow persuade them to take much lower fees).

Private equity is a straw man here. Set it on fire, and watch the campus burn.