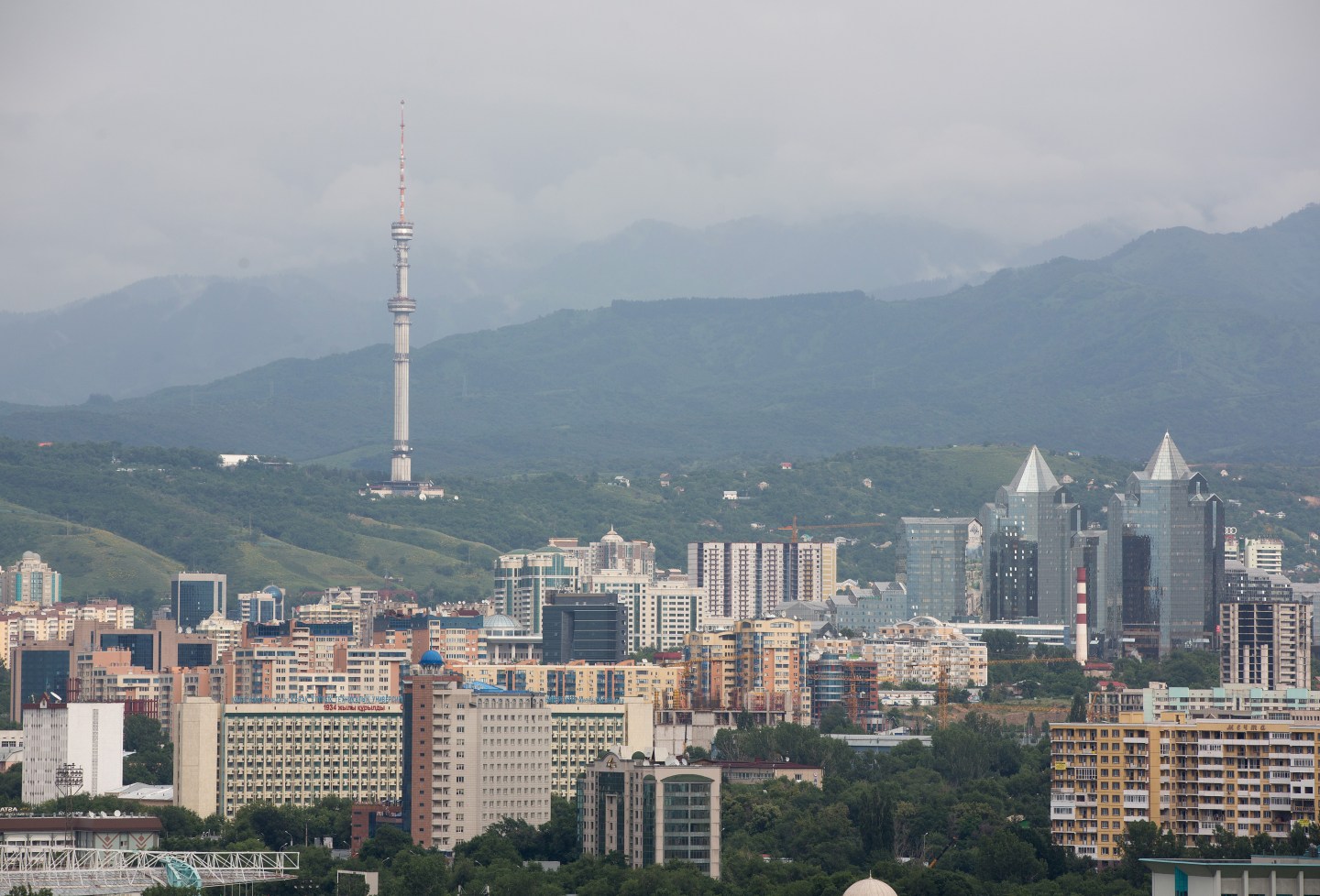 Commercial and residential property sits on the city skyline in front of the Almaty Television Tower in Almaty, Kazakhstan, on Friday, June 26, 2015. Kazakhstan's central bank widened the tenge's trading band against the dollar as policy makers push ahead with their goal of shifting to a free-floating exchange rate after 2016. Photographer: Andrey Rudakov/Bloomberg via Getty Images
Photograph by Andrey Rudakov — Bloomberg via Getty Images

Capital is flooding out of the emerging world as the era of free money from the world’s de facto central bank nears its end.

The rout has gained fresh momentum Thursday, after the minutes of the latest Federal Open Market Committee meeting reminded markets Wednesday that most Fed board members think the time for a rate rise is “approaching”. That’s despite increasingly clear signs of stress elsewhere across the globe–no more clearly than in China, where the local stock market lost another 3.4% as investors continued to lose faith in Beijing’s ability to stop the carnage.

Taking pride of place Thursday was the tenge, the currency of the vast and sparsely-populated central Asian republic of Kazakhstan. It lost over 20% against the dollar at the start of trading after the central bank was forced to abandon a narrow trading band that had held since February.

Kazakhstan is a good example of why emerging markets are hurting right now: its biggest exports are oil and copper, and weakening demand from China, its biggest trading partner, is driving those commodities to multi-year lows (crude oil futures fell as low as $40.52 a barrel overnight–their lowest level since early 2009). Most of the rest of Kazakhstan’s economy is dependent on neighboring Russia, and that’s not a great idea either these days: the ruble, another petrocurrency, is back within sight of a 17-year low against the greenback after the Russian economy shrunk 3.4% in the first half of the year. It was the plummeting ruble, more than anything else, that tipped the Kazakh domino over.

But the tenge was far from alone in its misery Thursday: South Africa’s rand fell to its lowest level against the dollar since 2001; and the Turkish lira fell to a new record low against the dollar as it extended its losing streak to six straight days. Turkey’s economy is suffering from being a neighbor of Syria and Iraq, and is now seeing the multi-vector wars in the region increasingly spill over onto its territory. The dollar breached 3 lira for the first time ever in early trading and was at 2.9745 by lunchtime in Europe. That’s up 38% from a year earlier.

The combination of higher Fed rates and weaker Chinese demand has mixed a devastating cocktail for emerging markets this year. Analysts at NN Investment Partners, once a part of Dutch bank ING, estimate that $1 trillion has flowed out of them in the last 13 months, as evidence stacks up that the long-standing growth differential between them and developed markets is narrowing. The International Monetary Fund last month shaved its forecast for emerging market growth this year to 4.2%, after 4.6% last year and 5% in 2013.

True to Warren Buffett’s dictum that it’s only when the tide goes out that you learn who’s been swimming naked, all manner of structural failings and misgovernance are being exposed as the flow of cheap dollars dries up. Whether it’s sanctions (Russia), corruption at Brazil’s Petrobras (PBR), ruinously populist energy policies (South Africa) or social ones (Venezuela), or geopolitical instability (Turkey, Nigeria et al.), the markets–and that means to a large part domestic investors as well as foreign ones–have suddenly become intensely unforgiving.

By and large, it’s a trend that punishes America’s largest companies more than its smaller ones: Wal Mart Stores Inc. (WMT) and Apple Inc. (AAPL) have been among the hardest hit by the recent fall-out precisely because their revenues are global, and slowing emerging market demand has a disproportionately big effect on Wall Street’s projections for their future profits (Apple’s stock lost over 5% as China announced its decision to let the yuan devalue last week).

But it’s still the case that the U.S. is a pretty closed economy. Exports and imports don’t account for that much of total GDP, which is why Fed officials still seem set on lifting rates sooner rather than later.