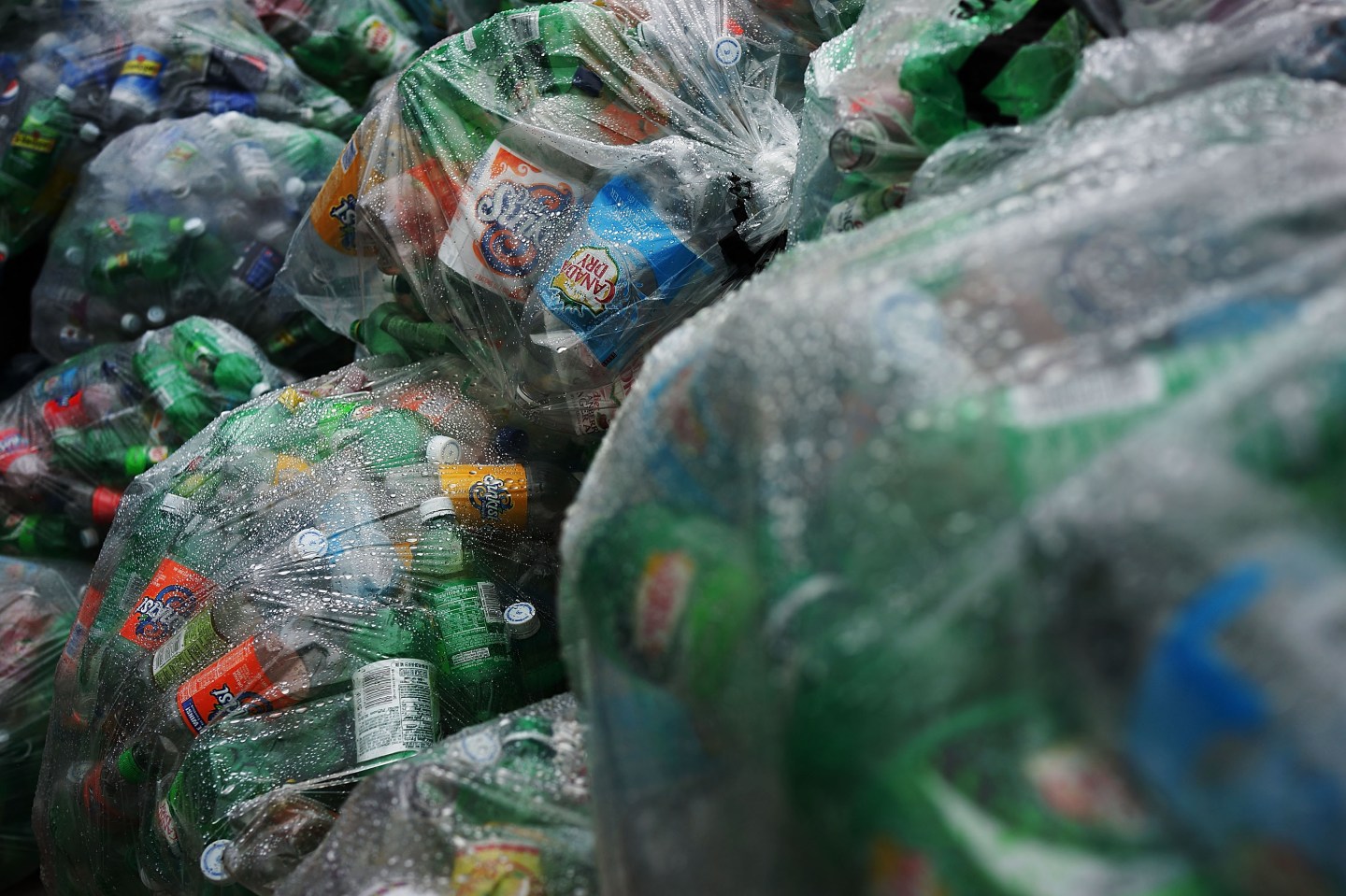 NEW YORK, NY - FEBRUARY 16: Bags of empty plastic bottles wait to be recycled at Sure We Can, a non-profit bottle redemption center in Bushwick, Brooklyn that is pushing to become a cooperative for the canning community on February 16, 2013 in New York City. Sure We Can, which was partly started by homeless canners in 2007 and is run by one of its founders Sister Ana Martinez de Luco, looks to give the diverse members of the canning community a safe and fraternal place to redeem cans, store their carriages and become members of an association that encourages self-dependence and responsibility. Many of New York's canners are non-English-speaking elderly immigrants who live a marginalized existence and are vulnerable to dishonest business practices. Sure We Can currently serves around 50 canners per day and recycles over 6 million bottles and cans per year. (Photo by Spencer Platt/Getty Images)
Photograph by Spencer Platt — Getty Images

A quickly growing trash startup has brought on a new chief financial officer with an eye to becoming a public company in the near future.

Atlanta-based company Rubicon Global has hired John Bax, who was formerly the CFO of LivingSocial and helped launch Walmart.com, later taking over as the CFO of (WMT) online operations. Bax was also the CFO for recyling startup RecycleBank.

Seven-year-old Rubicon Global has built software that manages a network of independent waste haulers, who bid on picking up trash from business customers like 7-Eleven and Wegmans. The company says it offers businesses lower trash bills and its software can more efficiently find nearby places to recycle, resell, and haul off the garbage.

The company plans to launch an app for consumers that will offer on-demand trash pick up, similar to how the Uber app can provide a ride service. Rubicon Global CEO Nate Morris—who landed on Fortune’s list of ’40 under 40′ in 2014—tells Fortune that the Uber-style app is being tested in a few markets now, and should be available in select cities by the end of the year.

On Rubicon Global’s new CFO, Morris says: “We saw in John a leader that could help position this business to be a public business in the near future.” Bax says he’s long been interested in “new tech for old line industries.”

Any IPO plans down the road, whether next year or the year after, will follow on the company raising a new $50 million round. Rubicon Global execs expect to close that round in the coming weeks, which will include funding from venture capitalists, hedge funds, and even potentially a Hollywood celebrity, says Morris.

The company just closed on a round of $30 million earlier this year, which included funds from SalesForce founder Marc Benioff. The two funding rounds will be spent on helping Rubicon Global continue to grow and move into the consumer market.

Morris says the company has doubled in size every year for the past three years and is currently the largest third party provider of waste and recycling in north America. Rubicon Global now has 60,000 locations where its network of trash haulers pick up garbage or recycling from some of the biggest companies in the U.S.

Rubicon Global is an example of a startup that’s using the latest in computing and wireless tech to try to disrupt an industry that hasn’t traditionally used much technology, in this case the garbage business. The trash industry is dominated by really big players like Waste Management, but has seen little in the way of tech innovation.