Like everyone else, Intel is betting on the Internet of things to boost its marketing mojo 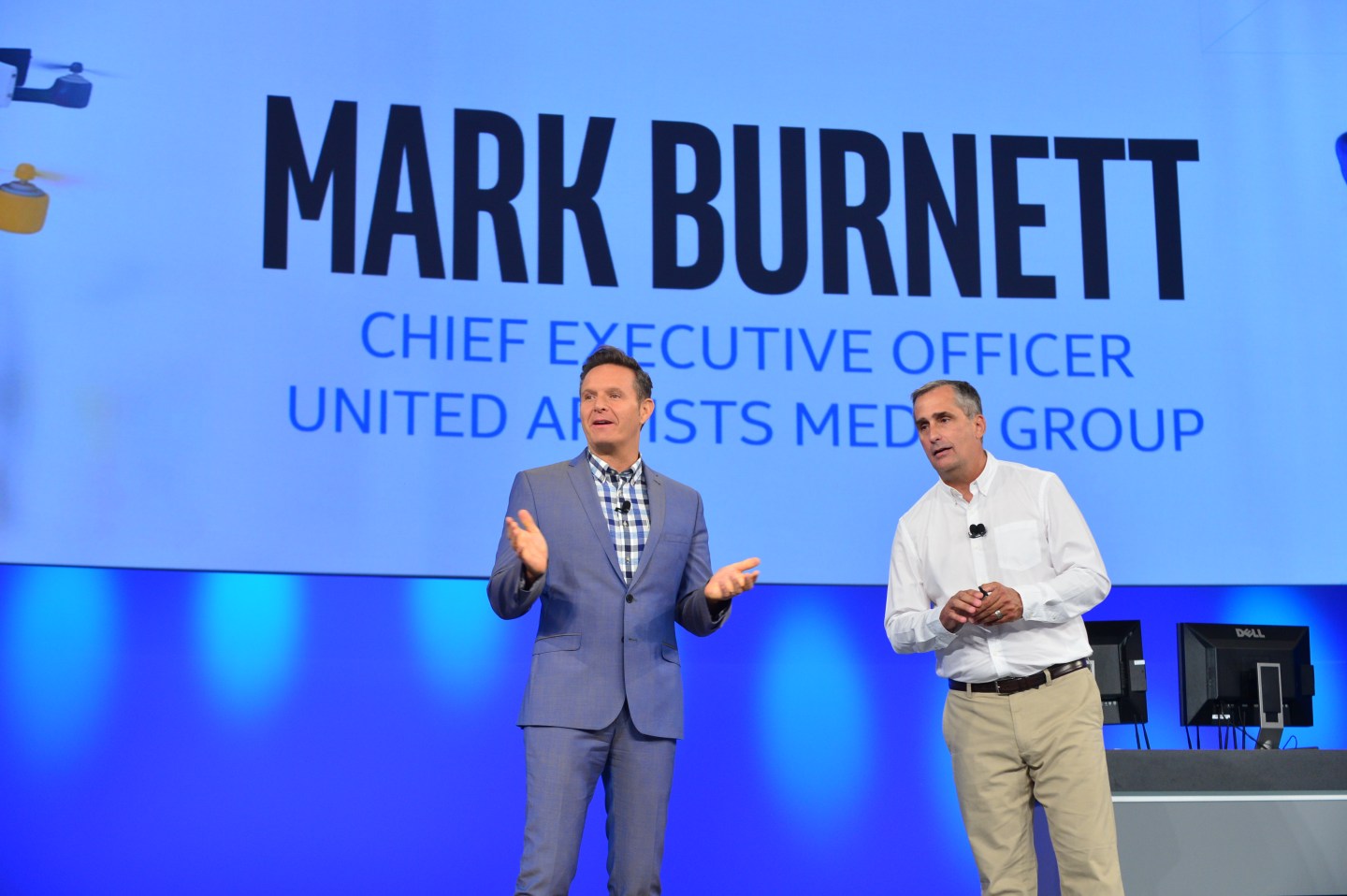 Intel has always been good at marketing. Remember the dancing factory workers in their multi-colored bunny suits? Well, a new reality show produced by Mark Burnett, the guy behind The Apprentice and Survivor, will star people using Intel chips to make Internet-connected devices. It’s just one example of how the chip giant is focusing its marketing muscle on the so-called Internet of things, the emerging technology category that involves connecting locomotives, coffee makers and factories online.

And why wouldn’t it? According to Gartner, the analyst firm, the term is at the peak of the hype cycle. Many companies are pushing sexy technology, from watches to life-saving devices such as the clip on car-seat monitor that prevents parents from leaving their baby strapped into a hot car. Intel (INTC) showed all of that, plus dancing spider robots off at its Intel Developer Forum this week in San Francisco. But for anyone expecting news about the latest chip architecture, CEO Brian Krzanich’s Tuesday keynote was short on details. Instead of dwelling on his company’s workhorse server and laptop chips, he went heavy on Internet of things, or IoT, pizzazz.

“This is the first time in a long time I can remember that the data center wasn’t really mentioned at all,” Patrick Moorhead of research firm Moor Insights and Strategy. “It was all about IoT for the most part, and in an area where [Intel] isn’t recognized as the leader.”

On Wednesday Intel doubled down on the Internet of things with a presentation by Diane Bryant, who heads up Intel’s data center group (which brings in $14 billion in annual sales for the chip maker) and Doug Davis, who handles Intel’s Internet of things group. The title? “IoT + Big Data Insights: Data Has a Story to Tell.”

Why the emphasis on such a hyped term where Intel isn’t a clear winner? So far its chips aren’t in the end-user devices. Most of those chips instead use the rival ARM architecture and are made by other companies. However, Intel is keeping the emphasis on the Internet of things because the phrase encompasses so much as to be meaningless in the hands of clever marketers. It’s also a bonanza for the chip industry because every connected device requires more sensors, radios so it can talk to the Internet and microprocessors to sort through the data it gathers. All that information is then sent across a network full of computer equipment and into a giant server farm where it is analyzed and stored.

Yet Intel still hasn’t found its footing when it comes to the edge devices — the ones that regular people use or convey data back to the core of the network — that played such a huge role in the keynote. For example, the Curie wearable chip module that it showed off was originally introduced in January at the annual CES conference in Las Vegas with an ARM chip inside, and still isn’t ready for production. The module is supposed to make it easier for developers to make wearable devices. Even the Fossil watches that were teased at this week’s conference were running Intel’s Atom chip that is designed more for tablets than a wearable.

Intel also has separated its wearables division from its Internet of things division, a strategy I find somewhat arbitrary because wearables are part of the Internet of things. Plus, most of the existing Intel wearables — the Basis Peak activity tracker and the Recon Instruments eyewear technology —are from companies that Intel has acquired and don’t actually contain Intel’s chips.

Until now, most of Intel’s Internet of things strategy has focused mainly on helping businesses gather data from their existing sensors. The companies then bring that information into data centers using hardware and software provided by Intel or vendors that use Intel chips. You saw some of this at Intel’s developer conference with the premiere of its Optane technology, which uses a new memory chip that Intel co-developed with Micron. That new memory is ideal for databases that companies use for real-time analytics, often parsing data from sensors from Internet of things devices.

Still, until now, the emphasis at Intel has been squarely on corporate uses and the influx of data that the Internet of things generates. But the Intel Developer’s Forum 2015 is the kick off to Intel’s full commitment to the Internet of things. The company doesn’t just want to talk about the boring black computing boxes it sells to enterprise customers, but also the sexy side of its technology used, at least in theory, by people who like to tinker at home, BMX bikers doing tricks and anything else that gets the media excited.

However, what still isn’t clear is if Intel actually has the hardware and software tools to entice developers and makers away from the chip firms using the alternative ARM architecture. Because from here it looks like Intel is flaunting the consumer-friendly side of the Internet of things to boost its image, while most of its business still rests on selling chips for those boring black boxes.

For more about Intel, watch this Fortune video: