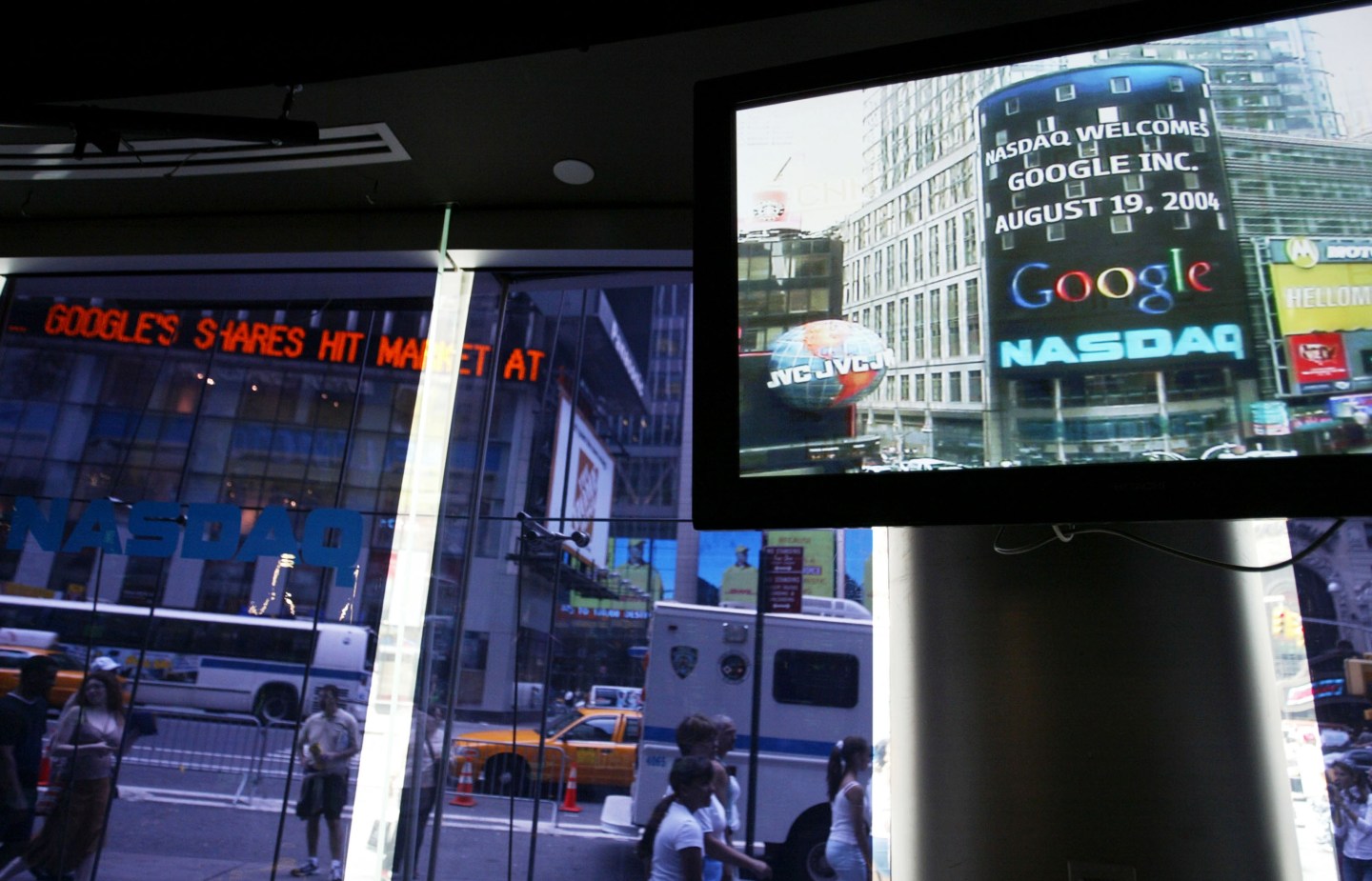 The Google logo appears on a screen and ticker inside the NASDAQ Marketsite just before the markets close August 19, 2004 in New York City.
Photographu by Chris Hondros—Getty Images

Google’s stock has been, historically, one of the best performers in the stock market over the last decade. But 11 years ago to this day, Google’s IPO was considered a disappointment.

On August 19, 2004, Google went public with a price of $85 for its roughly 19.6 million shares, which as CNBC’s Bob Pisani noted, was at the low end of expectations. The reason was manifold, starting with Google’s choice to sell their shares through a Dutch auction, where buyers went online to indicate the price and amount of shares they wanted until Google determined a fair price for their shares. As USA Today recounts, this didn’t please those who wanted the option of offering first dips at these shares to their interested clients.

People were also skeptical of the then-search engine’s revenue stream and general business model. As detailed in this Fortune article, one of our writers even took to calling those who wanted in on the Google IPO “a sucker.”

Those who bought in have been rewarded handsomely. On a split-adjusted basis, Google’s (GOOG) stock price is up more than 1,500% from its offering price. It has done so well, that only 10 other current members of the stock index have done better. Google’s market capitalization of more than $460 billion makes it the second biggest company in the world after Apple (AAPL). And with recent news of consolidation under a new parent company called Alphabet, many believe this could result in more clarity and transparency on Google’s wide-range of businesses, and boost the stock price even more.