This whacky Google project is a decidedly non-Alphabet moonshot 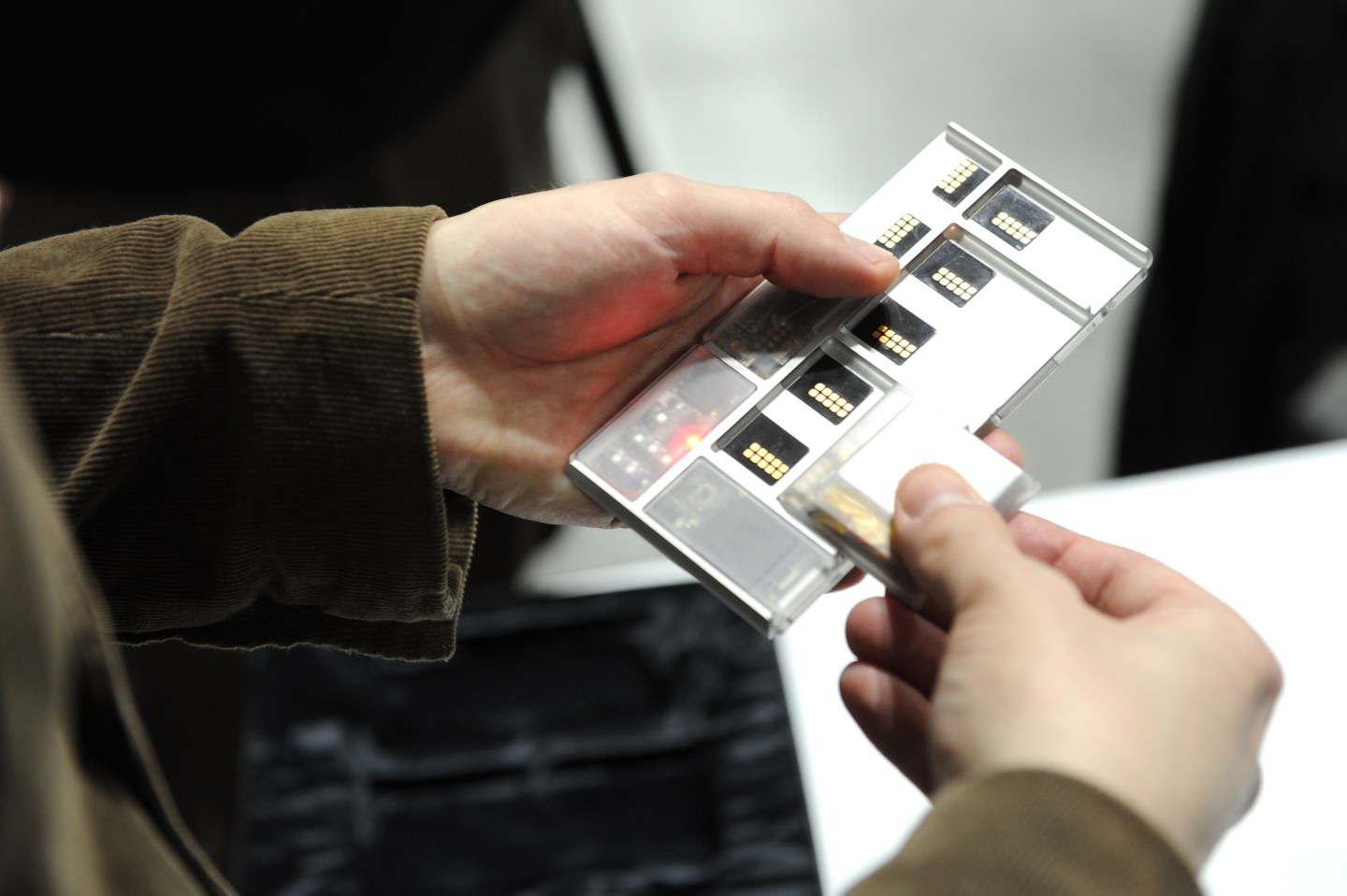 There’s curious news out of Google this week, albeit of the fringe variety. Via a tweet, the company says it no longer plans to test its “Project Ara” modular smartphone in Puerto Rico this year. Instead, as Cnet neatly summarizes, Google aims to try out the product somewhere in the U.S. in 2016.

This leads to two obvious questions: What’s a modular phone and why would Google (GOOG) have considered testing it in Puerto Rico in the first place?

The first answer is pretty cool, actually. Google wants to seed the smartphone market with a product that lets consumers pick and choose the components they like, much the way they currently configure phones with software applications of their choosing. As Google notes in an online FAQ: “With a modular platform, you can pick the camera you want for your phone rather than picking your phone for the camera. You could have a sensor to test if water is clean. You could have a battery that lasts for days. A really awesome speaker. A gamer phone. Or it could even be your car key. The possibilities are limitless.” As for Puerto Rico, it seems Google liked the idea of an FCC-regulated area where inexpensive phones still dominate the market, among other attributes.

Production problems are the culprit for the delay. But a setback for a pie-in-the-sky project isn’t all that important. What matters is that Google continues to try whacky ideas. What’s more, though Project Ara certainly is a stretch, it resides within what will be Google Inc., not the new Alphabet, home to Google X and other out-there experiments. The company’s Advanced Technology and Projects Group—which Miguel Helft profiled when he was at Fortune—runs Project Ara, and a modular phone theoretically fits nicely with Android, the mobile software that’s core to Google’s search business. ATAP is staying with Google, whose engineers still work on creative “20% projects,” like the solar-panel information site Katie Fehrenbacher covered Monday. In other words, the advertising company is maintaining its spirit of experimentation as well as a “moonshot factory” of its very own.