The dark side of plus-size modeling targeted in documentary 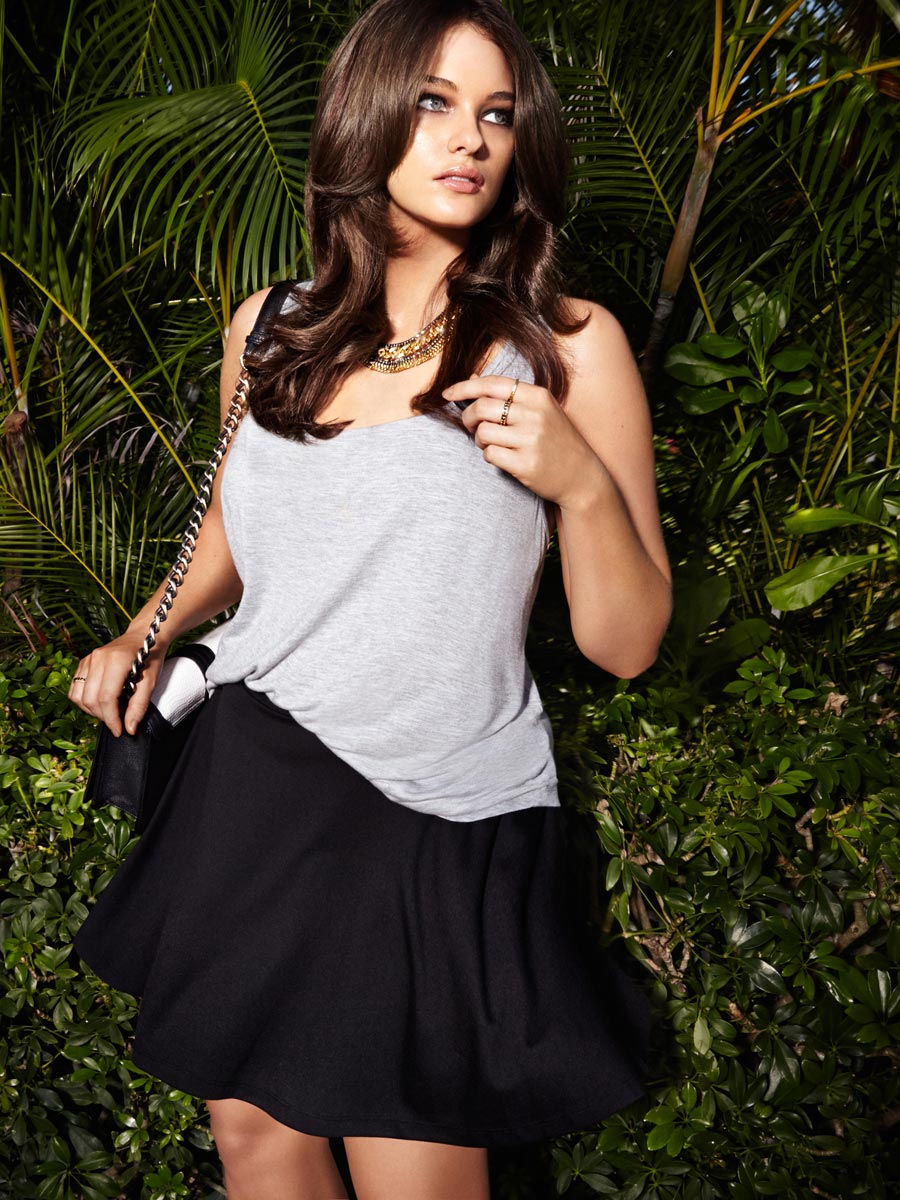 Straight size vs. plus size: it’s a conversation that has frothed to the forefront of the modeling industry in recent years, but according to filmmaker Jenny McQuaile, it misses the point. A few weeks ago, McQuaile launched a Kickstarter campaign to fund a documentary, “Straight/Curve,” to blur the line between size zeros and size twenties.

“The wrong questions are being asked of the industry. The media, we are still leading the conversation in the wrong direction,” McQuaile says. “There’s a lot of pitting skinny women against plus size women, or saying that curves should be a rule.”

Take the case of Leah Kelley, 28, who has modeled for Calvin Klein, Target, and Vogue Germany. Three years ago, she force fed herself and “avoided exercise at all costs” to make herself a size 16 and get more jobs in the plus size sector, which represents a $17 billion business. “I felt horrible, my entire body ached,” she says. “I realized I didn’t want to risk my health for my entire life to make some money in my twenties.”

She adopted a healthier lifestyle and got down to a size eight. While Kelley says she’s been more successful at her “natural weight,” she says the area between a zero and double digits is generally a “no man’s land for modeling,” which doesn’t reflect the reality of what women look like.

“It is vast, size, shape, color, age-wise. There are many different women that need to be appealed to that are consumers and we’re selectively picking one size to target,” she says. “Kim Kardashian is the body type that everyone seems to want to be but fashion doesn’t fall in line with that.”

McQuaile plans to reach out to a variety of fashion publications and designers to assess how committed they are to catering to women of different shapes and sizes.

“On the face of it, some designers are like, ‘We’re so supportive,’ but at castings, it’s ‘Oh no, you’re too curvy,’” she says. Part of the problem, according to Kelley, is that many designers don’t make samples of clothes used in cover shoots and advertisements in sizes larger than a two. She calls out Chanel, whose creative director Karl Lagerfeld once told a French talk show “nobody wants to see curvy women on the runway.”

“We don’t need to hear complaints from companies like Chanel who can easily afford the extra yardage to make these samples,” she says. “They can easily pay $400 for a few more sequins.”

Jennie Runk, 26, a plus size model who starred in H&M’s 2013 swimsuit campaign and also plans to appear in “Straight/Curve,” sees the tide shifting. There was Lane Bryant’s “I’m no angel” ad campaign, that flew in the face of the Victoria’s Secret standard. The actress Melissa McCarthy is launching a clothing line that will stock sizes from four to 28.

Still, McQuaile believes, inclusion of all body types needs to become the norm and not an exception, and she hopes “Straight/Curve” can serve as an education to the fashion world and the people who follow it. She is seeking to raise $50,000 before her Kickstarter campaign ends Aug. 31. Although Kelley, Runk, and other prominent models are attached to the project, McQuaile says crowd-sourced funding is crucial to ensure the film gets made.

“We’ve gotten over 100,000 views on the trailer alone,” McQuaile says. “If everybody who watched our trailer donated 50 cents, we’d be funded already.”