Panera promises a ‘clean’ pumpkin spice latte for this fall 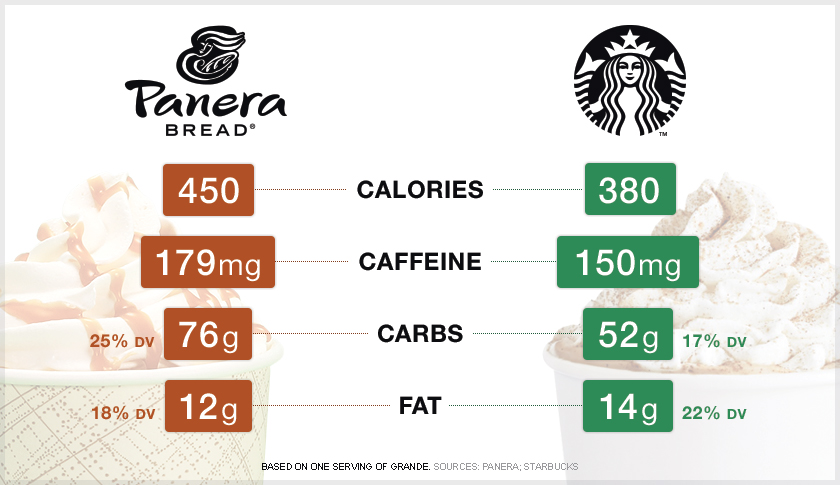 The pumpkin spice latte, the highly indulgent and wildly popular fall beverage, is cleaning up its act this year.

On Monday, Starbucks (SBUX) announced it would change the way it makes its popular pumpkin spice latte, and fast-casual rival Panera (PNRA) is also proclaiming it will soon sell a new version of the espresso-based drink.

Starbucks is promising to use real pumpkin in the beverage, which Panera had been using since it launched its version of the latte about a decade ago. Panera said it had to remove an artificial preservative to make the company’s drink “clean.” The chain’s new version of the pumpkin spice latte debuts on Sept. 9 and will be available through the end of the year.

Panera’s new seasonal drink is part of a broader move by the bakery-cafe to clean up its menu by removing artificial sweeteners and preservatives, replacing them with more natural, clean ingredients. The crusade has mostly gotten attention for the changes underway within Panera’s food menu. But Panera is also making a big push to offer healthier beverages.

The new drink line, which includes cold-pressed beet and green juices, coconut water, and bottled sodas, all follow the standards Panera outlined earlier this year when it announced a “No No” list of ingredients that are being removed from the company’s menu. Panera previously promised that new items would steer clear of the ingredients that are currently being removed from its menu, an effort that should be completed by the end of next year.

Panera is also testing “clean” versions of the company’s vanilla, caramel, and chocolate syrups that are used in other barista-made beverages.

Panera’s head chef, Dan Kish, told Fortune the beverage changes were all part of an evolution at the fast casual chain, as the company moves to offer diners healthier options and be transparent about the ingredients it uses. But that doesn’t mean Panera wants to tell people what they should eat.

“We want there to be a range of choice,” Kish said. “Whether it is an indulgent treat or something you eat on a regular basis, we feel that transparency and knowing what is in your food is important.”

The changes at Panera are under the direction of founder and CEO Ron Shaich, who has been on a decades-long mission to bring healthier ingredients to the chain’s restaurants while also advocating for more transparency about that process. And while Panera has made strides to offer healthier food, some could argue it falls short when it comes to its relationship with PepsiCo (PEP). The soda giant’s sugary drinks are still stocked at Panera’s restaurants.

“We aren’t food police, but we want to give people real options for clean food,” Shaich told Fortune in an interview earlier this year. “We don’t hold ourselves up as perfect but we think we are making progress and will continue to.”

Kish agrees, and both said Panera is having an ongoing discussion with soda companies to develop carbonated drinks with healthier ingredients.