4 ways to work without WiFi 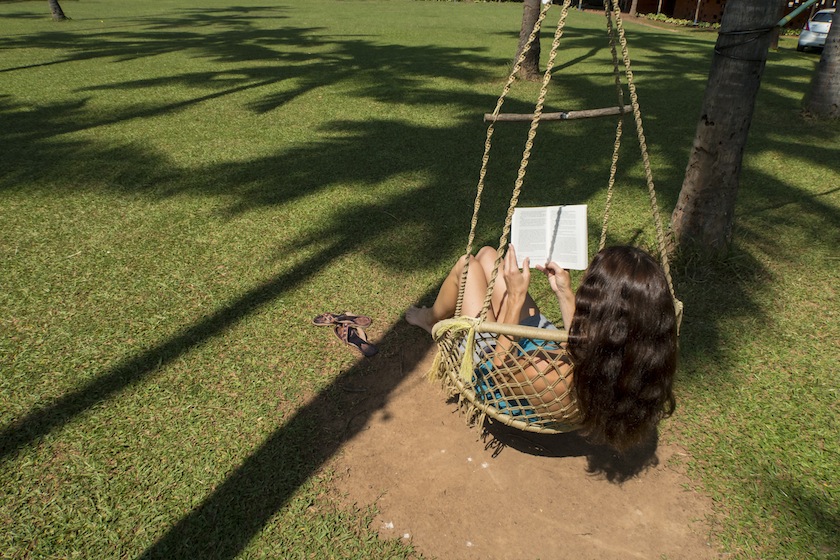 A short while ago, Joe Ruck took off for a two-week vacation on an unspoiled island in the Philippines where WiFi was “very limited,” he says. But he still wanted to get some work done. A veteran of Sun Microsystems and Network Appliance, Ruck is president and CEO of Boardvantage, which makes collaborative meeting software mostly used by boards of directors for companies like Facebook, Hyatt, Avon, and UPS.

The idea that vacations are for unplugging and relaxing, he says, “sounds great in theory.” But, no matter where they are, and how much their loved ones beg and plead, “many professionals either cannot or will not check out entirely. Maybe you run your own business, or maybe you are just a workaholic and unplugging makes you nervous.”

Based on his own experience of being cut off from civilization—or at least the Internet—Ruck offers these four tips for working when the local WiFi connection (if there is one) doesn’t.

Get super-organized. “When you can’t get online, having notes and to-do’s spread out across your email, calendar, and project-management apps won’t fly,” says Ruck. So admit ahead of time that you intend to spend part of your faraway idyll working, and gather everything in one place. Download any reference materials or anything else you might need, and pack everything into a carry-on (not checked) bag. Preparing carefully in advance “ will not only help you focus,” says Ruck, “but will also cut down on stress” caused by Internet withdrawal.

Focus on doing what you can. Here’s a partial list of tasks that don’t require Internet access: Review documents, make notes, and annotations, create business plans and outlines, work on presentations, and draft emails to be sent later. “We tend to forget that lots of things can be completed, or mostly completed, offline,” Ruck notes. “And, with no Internet distraction rabbit holes to fall down—Reddit, Twitter, BuzzFeed, and so on—you might find you’re even more productive” than usual.

Use your phone as a phone. “Back before smartphones, people called each other a lot more,” says Ruck. “Just because you’re in a place without WiFi doesn’t mean you don’t have cell service. So, if you need to check in at the office and find out where things stand, pick up the phone and call someone. You can also dial in to important meetings.” Phone chats might be surprisingly informative, since talk frequently includes nuances — a tone of voice, a pause, a chuckle — that texts and emails just can’t deliver.

Take some real time off. A total break from the Internet’s fire hose of information can be a great chance to “direct your energies into channels you don’t have time for during your hyper-connected day-to-day life,” notes Ruck. You could, for instance, read a book (remember those?), or just…think.

Grab this rare opportunity to zone out completely, at least some of the time. Since rest and relaxation are proven productivity boosters, it might help to remind yourself that a week or two without WiFi is “preparing your mind for enhanced performance later on,” Ruck suggests. “And when you feel you really do have to work, do it with a pina colada in hand.”