Environmentalists bet on drone to save the whales 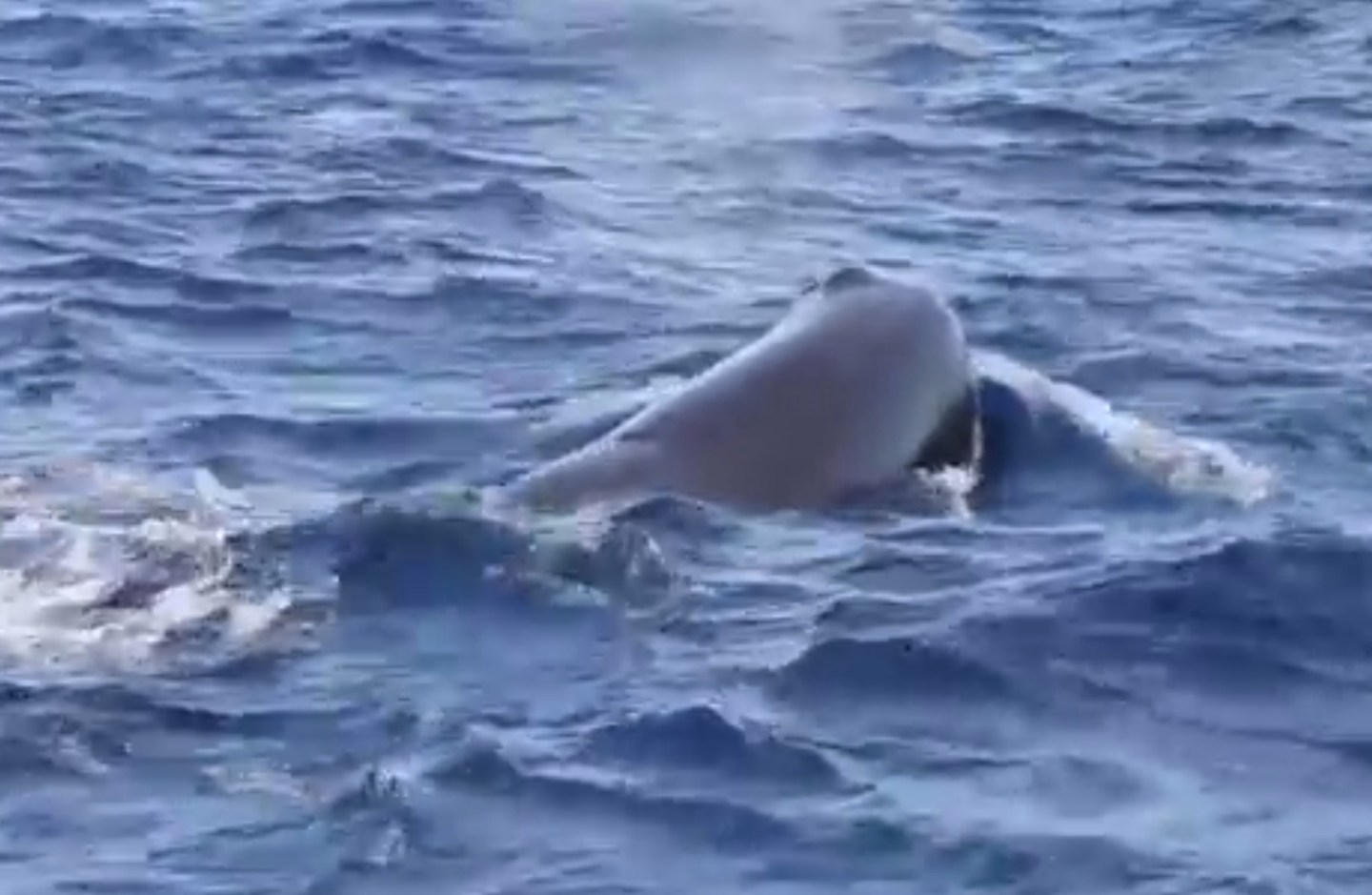 Researchers outside of Boston hope that a new drone will help them collect biological material from whales in a way that won’t stress the huge mammals.

In theory, the “Snotbot” drone, built by the Ocean Alliance and Olin College of Engineering, will fly quietly enough and low enough above breaching whales to collect material they exhale from their blow holes. This “blow” consists of DNA, lung material, toxins, and stress hormones that should give scientists a better look into how the whales are doing without actually harming the whales themselves.

Toward that end, the team also built a sophisticated whale surrogate, a boat-like device equipped with sensors and a compressed air gun to see how the drones would affect the whales. Are they too noisy, do they cause “prop wash”—waves created by a propeller near the water’s surface? The results showed very little impact on the surrogate whale, aka “snot yacht,” Dr. Iain Kerr, chief executive officer of Ocean Alliance, Gloucester, Mass. told Fortune. The compressed air gun, called Snotshot of course, mimics the blowhole of the whale.

That “do no harm” mantra is extra important as whales are protected by laws that limit how close people can get to the creatures, making it difficult to gather this kind of biological material. Dr. Kerr and his team have applied for a permit from the National Marine Fisheries to fly drones within the 1,000 foot limit now mandated by regulations in order for the drone to get within the proximity needed to collect blow. The researchers expect to get that permit for research in U.S. waters by December, Kerr told the Boston Globe, although they also need a permit from the Federal Aviation Authority. They already have permission to use Snotbot in Argentinian waters.

To help pay for this effort, the Ocean Alliance launched a Kickstarter crowdfunding campaign with help from actor Patrick Stewart.