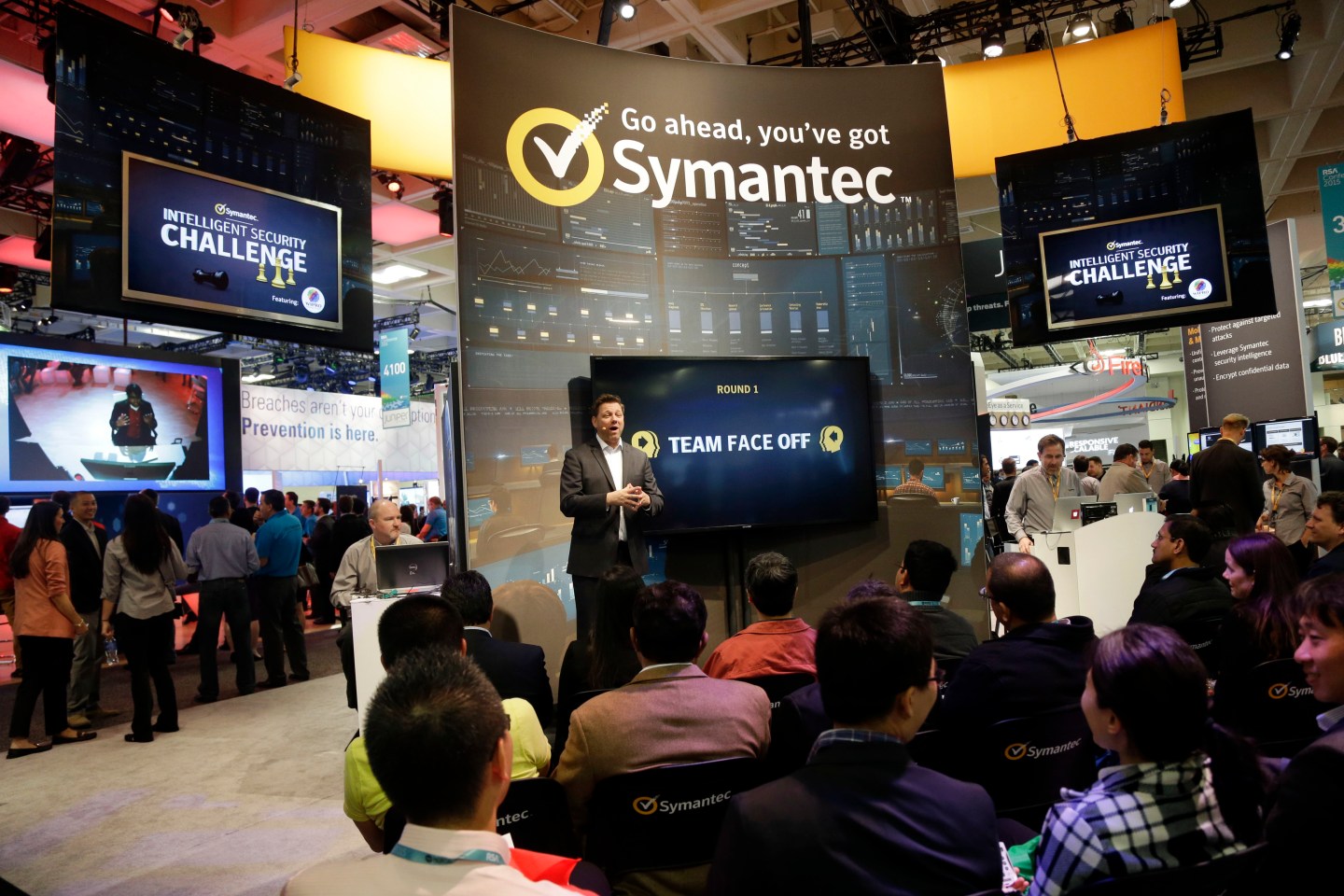 A presentation is made in the Symantec booth during the RSA Conference on Wednesday, April 22, 2015, in San Francisco. Threat analysts, security vendors and corporate IT administrators have gathered here to talk about malicious software, spear-phishing and other attacks that can steal money or secrets from companies and consumers. (AP Photo/Marcio Jose Sanchez)
Photograph by Marcio Jose Sanchez — AP

Private equity firm The Carlyle Group (CG) announced this morning that it is acquiring data storage and server management business Veritas from Symantec Corp. (SYMC) for $8 billion. Helping to finance the deal will be GIC, a sovereign wealth fund in Singapore that also is an investor in Carlyle Group funds.

The newly-independent company will be led by CEO Bill Coleman, the founder and former chairman and CEO of BEA Systems (now owned by Oracle). Its new chairman will be Bill Krauss, a Carlyle operating executive who previously served as chairman, president and CEO of 3Com (now owned by Hewlett Packard).

No word yet on the equity-to-debt ratio, but debt financing will be provided by a large group of banks that include BofA Merrill Lynch, Morgan Stanley, CUBS and Jefferies.

According to a report yesterday from Reuters, Symentec had been seeking to sell Veritas for “several months, but interest from potential buyers was limited because of a tax burden associated with splitting the company.”

Get Term Sheet, our daily newsletter about deals and deal-makers.