The New Suez Canal: A great step for a new Egypt 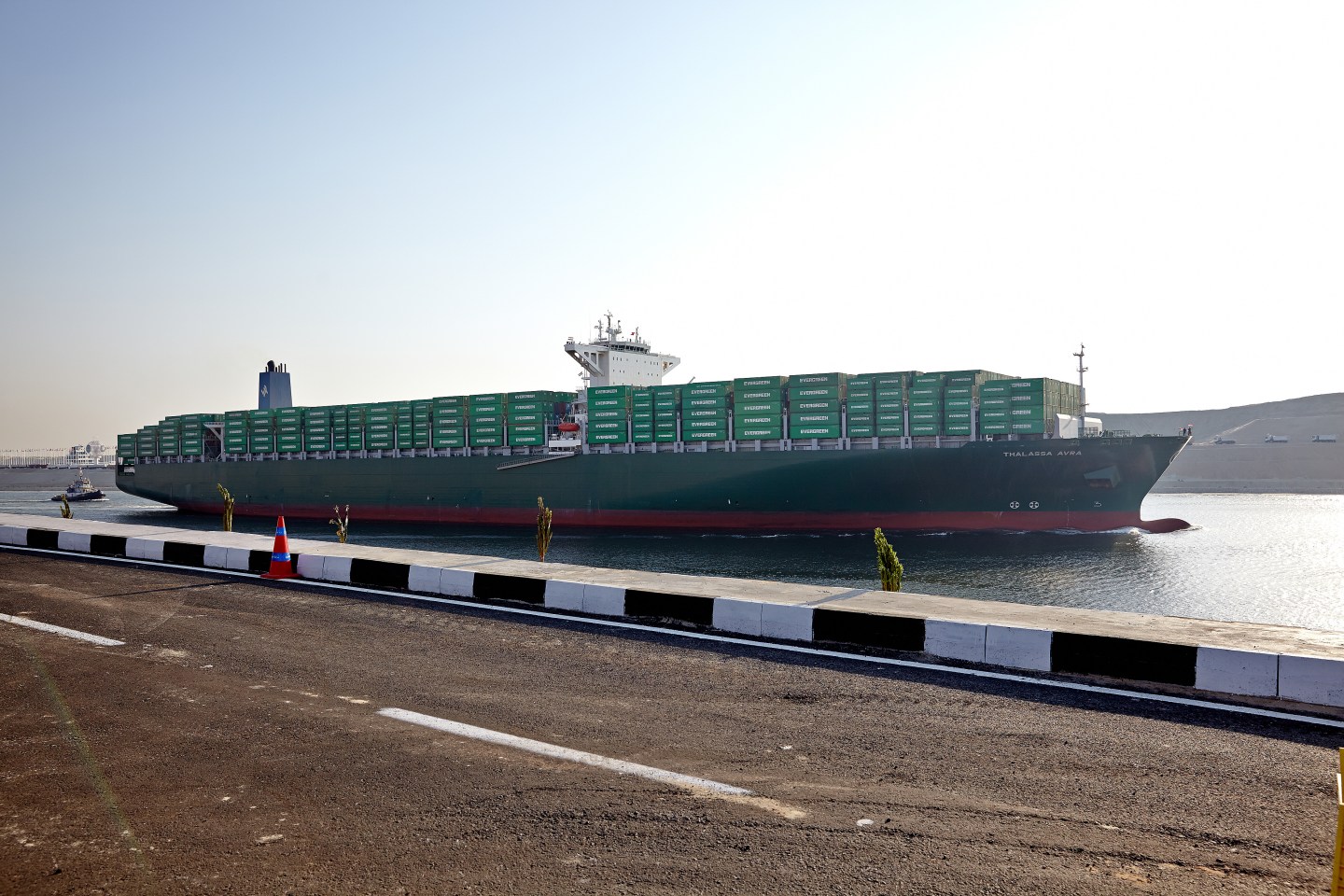 A container ship passes through the New Suez Canal during the official opening ceremony in Ismailia, Egypt, on Aug. 6.
Photograph by Shawn Baldwin — Bloomberg via Getty Images

The Egyptian government wants you to know that it is, finally, re-open for business. Four years after the Arab Spring destabilized this country of 90 million, Egypt’s new leaders hope that Thursday’s grand opening of the New Suez Canal (as they’ve dubbed it) will serve as a tangible symbol of the country’s resurrection from political chaos. But while the innovative financing and the speedy construction of the new canal were impressive, Egypt still has a great deal of work to do if it wants western investors and tourists to come back.

The sweltering heat didn’t deter Egyptians from hitting the streets in droves on Thursday to celebrate the grand opening of the New Suez Canal. While it helped that the country’s new leader, Abdel Fattah al-Sisi, declared the day a national holiday, there was, nonetheless, a true sense of excitement and joy amongst Cairo’s 20 million people in response to the opening of the new 30-mile waterway. The city was painted in Egypt’s national colors of red, white, and black—harking back to the days when Arab nationalism was strong and Islamic fundamentalism was in its infancy.

The celebration at the canal was lavish, with jet fighter flybys, singing children, ceremonial ship crossings, and colorful firework displays. French President François Hollande was in attendance, as was Russian Prime Minister Dmitry Medvedev, King Abdullah of Jordan, the king of Bahrain and the emir of Kuwait. U.S. Secretary of State John Kerry was not in attendance, but he was in Cairo earlier in the week, giving what some believe was tacit approval of the project—and of the Egyptian government—by the Obama Administration. The U.S. was instead represented by Darrell Issa, the hawkish Republican congressman from California, who also happens to be of Arab descent, as well as by Robert Beecroft, U.S. Ambassador to Egypt.

Security was tight—some would say overly so—with multiple checkpoints and personal searches carried out by Egypt’s armed forces. The Muslim Brotherhood, the now-banned political and religious organization at odds with the current government, is strong in the area where the new canal flows, so the government didn’t want to take any chances. The word on the street in Cairo was that the Muslim Brotherhood was planning an attack on the ceremony to embarrass Sisi, but nothing happened at the canal or in Cairo.

Sisi proclaimed in a lengthy speech yesterday that the new canal, which runs parallel to and is one-third the length of the existing Suez Canal, is Egypt’s “gift to the world,” as it will help bolster international trade and commerce. But while the new canal will definitely cut the time needed for ships to traverse the Canal Zone, it is questionable that it will be a huge boon for international trade—at least right now.

After all, the number of ships traversing the canal still remains below peak levels that were hit in the years before the 2008 financial crisis. Europe, the main destination for much of the goods passing through the Suez, has struggled economically during that time, reducing demand for certain types of finished goods, thus leading to a decrease in ship movements through the canal. Meanwhile, demand for oil and refined products, like gasoline and diesel, which represented around a fifth of the total tonnage of goods that passed through the canal in 2014, is in secular decline throughout Europe and North America. This structural change in demand will eventually lead to a sharp dropoff in oil tanker movements as Middle Eastern oil, once destined for the West through the canal, flows East to markets in China and elsewhere.

But it would be foolish to believe that global trade will stay flat forever or that the economies of Europe and North Africa will contract indefinitely. Global trade continues to grow at an average rate of around 3% per year, and that will eventually translate into greater ship volumes through the canal. Furthermore, by making it faster to traverse the canal, many shippers who might have never considered using the Suez might make a change of course. The Suez Canal Authority could lower toll fees, encouraging shippers to take such a change in course. What they would lose in margin could be made up—and then some—in volume.

But the success of a project like the new Suez Canal cannot be measured through ship movements and revenue alone. Such a grand project is meant to inspire and instill confidence, as much as—or possibly more than—it’s supposed to be instantly accretive to the bottom line. The government financed the entire $8 billion project by selling bonds to everyday Egyptians at a 12% interest rate. That is only 2% above what investors could get by just parking their money in an Egyptian savings account. The fact that Egyptian investors were willing and eager to accept such a small risk premium on their investment shows great confidence in the current regime, something that has been lacking for years.

Public support is necessary for political stability but it is hardly sufficient. While Egyptians support and accept Sisi’s rule, many are still not comfortable with the way he took power in pushing out a democratically elected government—even if that government was not popular with the people (or the U.S.). Foreign investors, key to Egypt’s growth, will need more convincing before they feel comfortable with reentering the country. The same goes for travelers who are a major source of hard currency for the country.

Sisi therefore needs to do more than just build a canal and win the people’s favor to get Egypt’s economy back on track. Both are good starts, but he needs to go further. He needs to first ensure that the parliamentary elections slated for the fall actually happen and that they are free and fair. That will go a long way in convincing the U.S. government that he is serious about returning Egypt to a democratic track. Sisi must also make greater strides in providing a safe and secure environment to do business. That not only includes countering terrorist threats, such as those posed by the self-proclaimed “Islamic State” (ISIS), but it also involves cleaning up Cairo and making it more livable and presentable to foreigners.

These aren’t small changes—in fact, they’re huge. But Egyptians have never been afraid of a big challenge. This is, after all, the nation whose blood and sweat built the great Pyramids of Giza and dredged the first Suez Canal. The country needs a bit more time to recover from the last few years of political chaos. For now, though, it seems to be on the right track.