When family support is key for a woman CEO 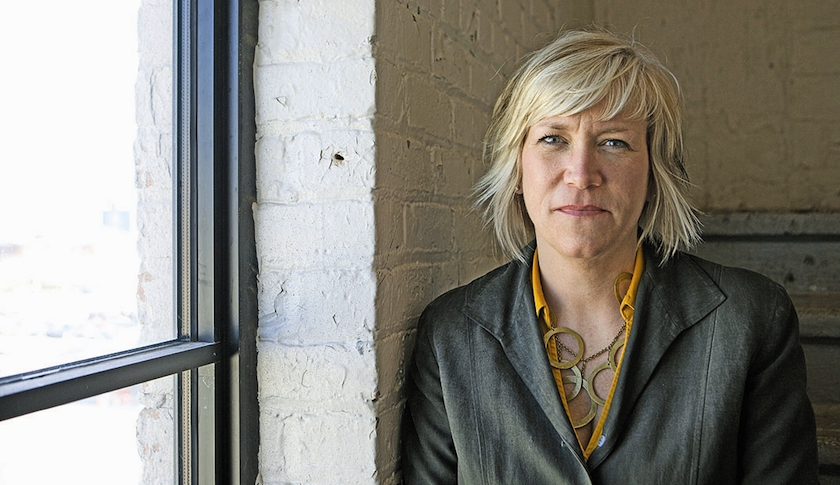 Leslie Lynn Smith was offered her dream job. In February, the Entrepreneurship-Powered Innovation Center in Memphis asked her to be its president and lead an initiative to create 500 new companies and 1,000 new entrepreneurs by 2025.

It was the culmination of a career. She was most recently the CEO of TechTown Detroit, a not-for-profit accelerator and incubator that helped more than 1,000 firms raise more than $100 million in startup funds since 2007. Before that, Smith ran the state of Michigan’s $300 million investment portfolio and was the CFO of McKinley Inc., an Ann Arbor, Mich.-based real estate firm with $500 million in annual revenue and a $4.6 billion portfolio.

But taking the job in Memphis would mean either uprooting her family or temporarily leaving them behind so her 18-year-old son, Eric, could finish his last year of high school.

They decided it was best if her husband, Greg, stayed behind with Eric while Smith and their daughter, Delaney, moved to Memphis. The separation lasted four months, which they got through via Skype and occasional weekend visits. In July, the family was reunited in Memphis just before Eric headed off for his freshman year of college.

Smith spoke to Fortune about how she and her family balance the demands of her high-profile career.

The conversation has been edited and condensed for clarity.

Fortune: What is your position in Memphis and why was it such an important career move for you?

EPIcenter is the hub of all entrepreneurial activity in Memphis and is designed to breathe life into the movement here locally while paying special attention to ensure that the movement and its resources accrue to all Memphians. For me, this is an opportunity to work in one of America’s most important cities during a time of great challenge and opportunity and expand my learning from Detroit into a new place. American cities need a big bet, and Memphis is a laboratory for some of those bets.

How did your husband, Greg, react to the job offer? Was he supportive?

This move was emotionally so difficult for Greg. And not the move to a new city—he was supportive of that—but the separation was devastating to him. He could have said, “No, I don’t want you to take the opportunity.” But what he said was, “Let’s not make our 18-year-old son move before he graduates. I can stay in Michigan. You go do this and set up our new home. I’m willing to make the sacrifices so that you can have this opportunity.” Without that I’d still be doing what I was doing in Detroit and not take these adventurous challenges on in my career.

How important has that support been to your career?

I regularly tell Greg that he is my superpower. Having someone who is supportive and flexible and creative and willing to be smaller than you or be bigger than you when you are scared to death, encourages you when you are convinced you’re going to fail. That has been an important tool in the toolkit of professional growth.

Greg may not understand all of what I do, but he is really in tune with what drives and motivates me and the care and concern I have for the things I work on. He pushes me to take the risks that I want to take but am not confident that I should take.

What was it like for you to be apart?

Candidly, it was good for me being here without him because it was just me and my daughter, Delaney, and I had to do everything: manage a new career, manage building new relations, figure out a new city, do a lot of the things that he’s been doing for our family. I don’t want to say I took him for granted, but if I did, I sure as hell won’t do that now.

One of our funny moments in life is when he has to remind me he doesn’t work for me. I’ll have my CEO hat on and he’ll put his hand on my leg and gently say, “I love you, but I’m not a member of your staff.” I think I will be less likely to do that today. I have this whole new appreciation. It’s me who gets all of the press and accolades and, recently, an honorary doctorate. But I’m thinking I don’t get to do any of this stuff without him.

There has been so much discussion about “having it all” and “leaning in.” What does that mean to you?

I hated the book Lean In. It is easy to talk about leaning in once you have control over your life and your own wealth. I’d like to talk about leaning in when you don’t have the power—not when you’re an executive. How do you get through all of the meetings when you are dismissed or presumed to be the staff? Or when these middle-aged men are asking you to get them coffee? Learning how to deal with hostile men that undermine your success on the executive team because they don’t want to have to compete with you, the way that shows up with bully tactics—that to me is when the real sort of leaning is happening.

I’m not leaning in now. I have a body of work that gives me access to opportunities that many people don’t have. But there are many mini collisions over the course of your career, and that’s when we need to talk about how to lean in.

How has that played out in your career?

I have been blessed to work with and for men in my career who have supported me and set me free to fail and grow and thrive. They put me in executive circumstances and meetings early on in my career, often as the only woman in the room. We have evolved in so many ways with more and more women in leadership roles, but as recently as 20 years ago, I was still being asked by middle-aged men in those rooms to grab them coffee, or water, or supplies.

I had to learn to deport in a way that suggested that I knew I belonged. Instead of modeling the behavior of other women, who were also struggling too, I modeled the men. They asked for coffee less. As I grew into my confidence, I was able to be comfortable, confident, and nurturing, if I so chose, without losing any power at all. It’s a tough dance for woman in the workplace but a lot of it for me was about boundaries and confidence

How did you do it?

Early in my career, I was bullied pretty aggressively by a peer. But that taught me how to deal with conflict directly. I learned through coaching and endless amounts of practice how to explicitly set expectations for our relationship and call out unacceptable behaviors. When I started the practice, it nearly killed me: sweating, shaking voice, and anxiety. That ultimately became more comfortable for me, and the boundaries took hold.

How do you think your kids see you?

When I think about the influence Greg and I will have on the husband my son will be and the husbands my daughters will pick, I am very happy we are modeling what may be a non-traditional relationship where he is the teacher and I’m the executive. We’re making it work, and we’re breaking those old expectations for our kids. It starts to permeate. This is a team sport.

How has the transition to Memphis been?

I am working to understand and acclimate to the southern style of doing business, which is at times less direct that this Detroiter is used to, but we’re figuring it out and trying to make sure that my hometown directness doesn’t inadvertently offend. But this already feels like home, and I feel comfortable and connected and really sort of inspired by the place.