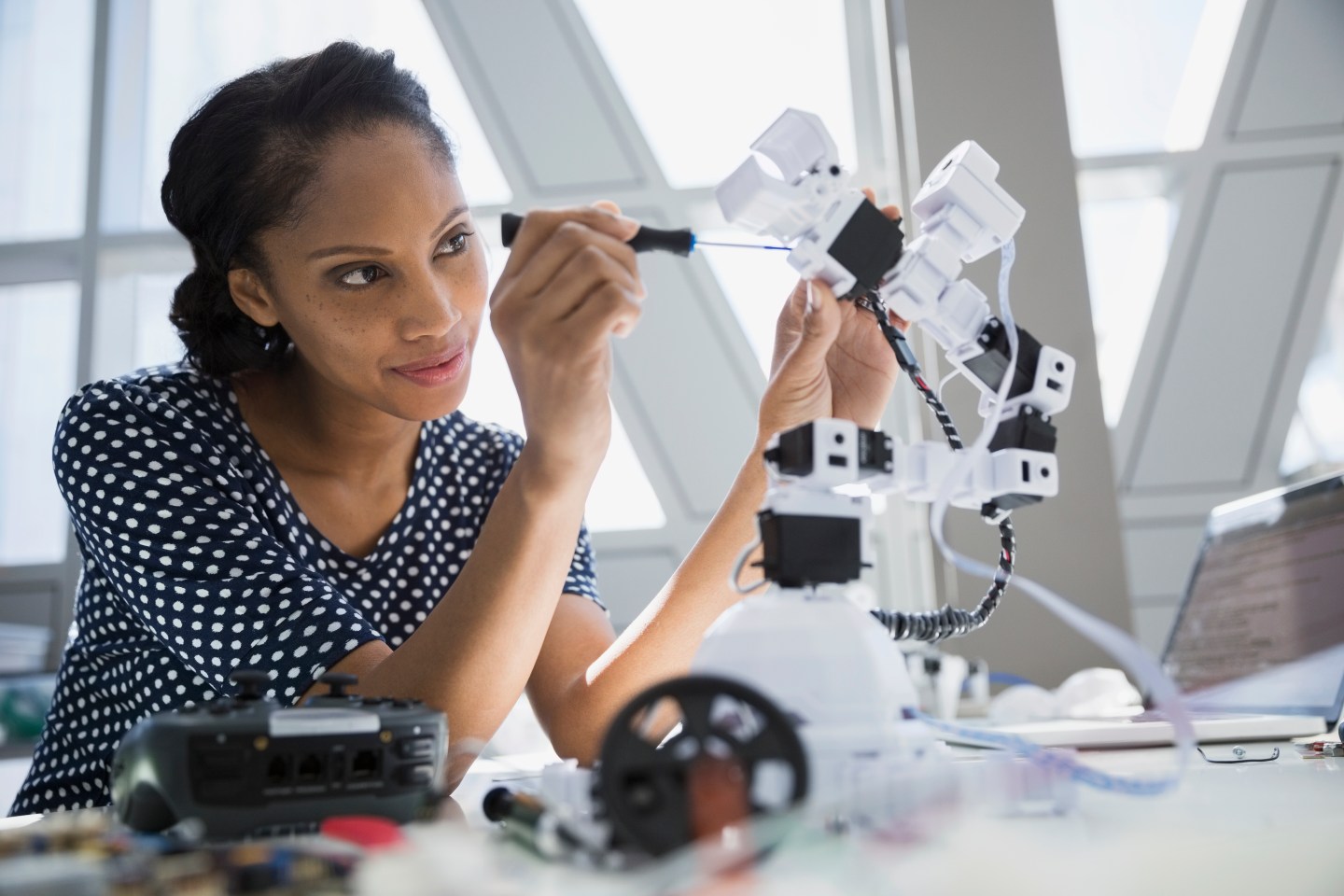 That’s a lesson 22-year-old Isis Wenger recently learned the hard way after a marketing campaign for her employer featured her along with two of her coworkers. Wenger is an engineer at OneLogin, a company that helps people manage their online passwords, and the ad, displayed at some San Francisco subway stations, included a photo of her wearing a company t-shirt. It drew both support and criticism on social media, which prompted Wenger to write a post on Medium about the experience.

So what were detractors not happy with?

Mostly that Wenger doesn’t “look” like an engineer — or rather, whatever stereotypical image of one they hold. In their minds, a young, attractive woman couldn’t possibly be an engineer, or the company must have picked her in order to appeal to mostly-male pool of potential candidates around town who might want to work at OneLogin someday, they argued.

Wenger published her blog post over the weekend, which included a call for women to share their experiences as female engineers on social media using the #ILookLikeAnEngineer hashtag to break the stereotypes.

Even as a software engineer working at GE, I never stopped hearing "you don't look like a nerd" #ILookLikeAnEngineer pic.twitter.com/KE5dnw0F4H

I worked as an engineer at @Intel + @Twitter, now I build features for Windows at @Microsoft #ILookLikeAnEngineer pic.twitter.com/ttGUnHseYH

#ILookLikeAnEngineer who could use more sleep. No need to run my creds, I'll still be an eng without your validation. pic.twitter.com/KhCBh8LPNL