China is making a massive new move to censor the Internet 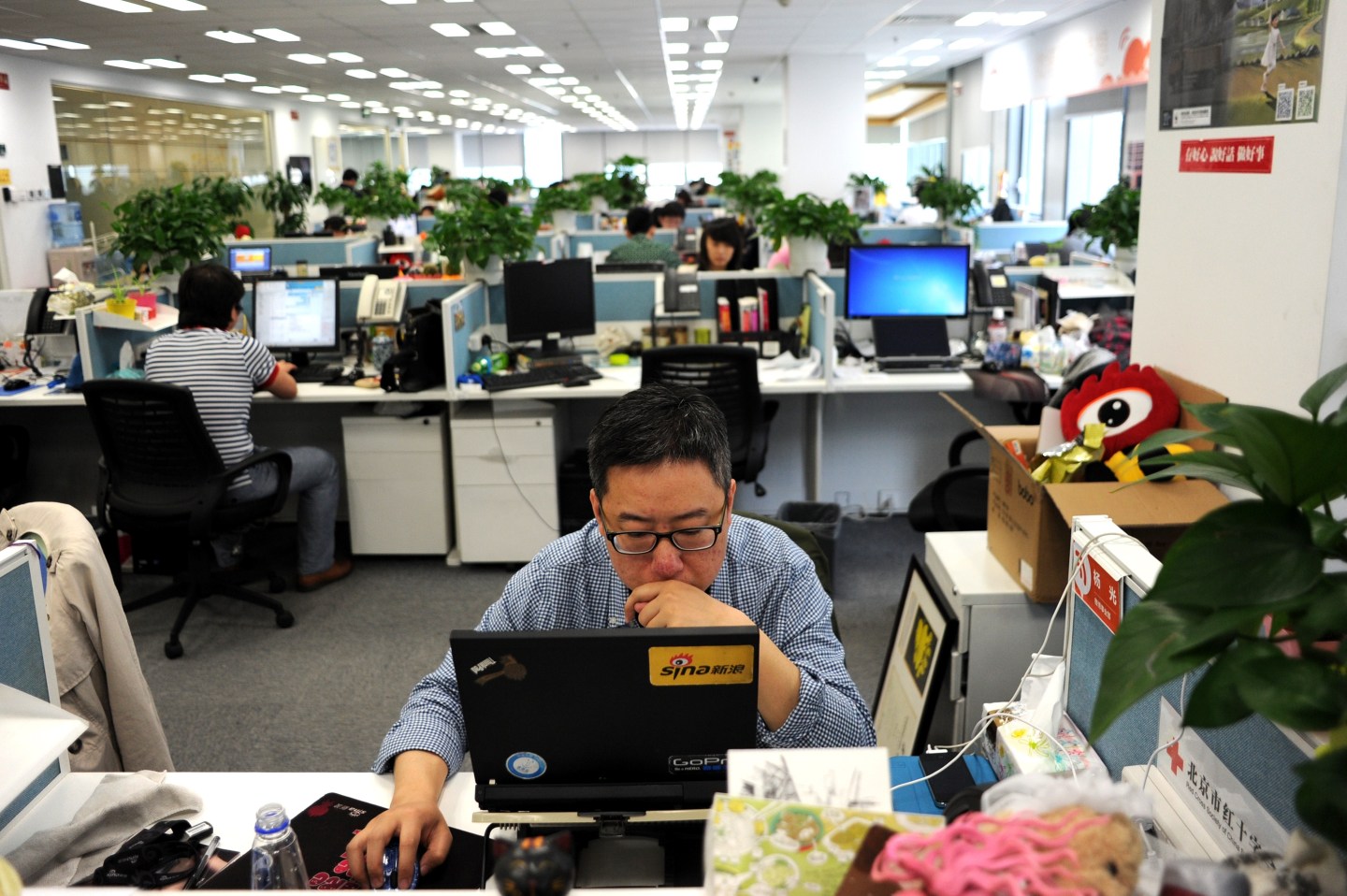 A man using a laptop at an office of Sina Weibo, widely known as China's version of Twitter, in Beijing.
Photograph by Wang Zhao—AFP/Getty Images

Key “network security officers” will monitor the work of key websites and Web firms for crimes such as fraud and the “spreading of rumors,” China’s Ministry of Public Security said in a statement. These officers would be a part of the roughly 2 million people employed by the government to monitor Web activity, as first reported by the BBC.

The ministry didn’t say which companies would be getting a new in-house police unit, the Wall Street Journal notes. It also wasn’t clear whether these new measures would apply to international companies as well as local tech firms operating in China.

Still, this news will be of special interest to the three biggest Internet companies in China: retail giant Alibaba, messaging company Tencent and search-engine service provider Baidu. Alibaba has already issued a statement to TechCrunch saying it will work “with Chinese authorities to combat illegal and criminal activities on the Internet. It is our priority to maintain the reliability and security of our platforms to protect our customers.” Baidu and Tencent have yet to respond to the news.

The new policy marks China’s latest attempt at censoring the world’s largest base of Internet users; the country is home to almost 22% of the world’s total Web population. Around 18,930 websites are reportedly blocked by China’s notorious “Great Firewall,” a list that includes popular sites and Web services such as Twitter, Facebook, Gmail, The New York Times, YouTube and Instagram. Documents in an IPO filing for Weibo, China’s micro-blogging service, revealed regulations that prohibit the company from displaying content that “impairs the national dignity of China.”