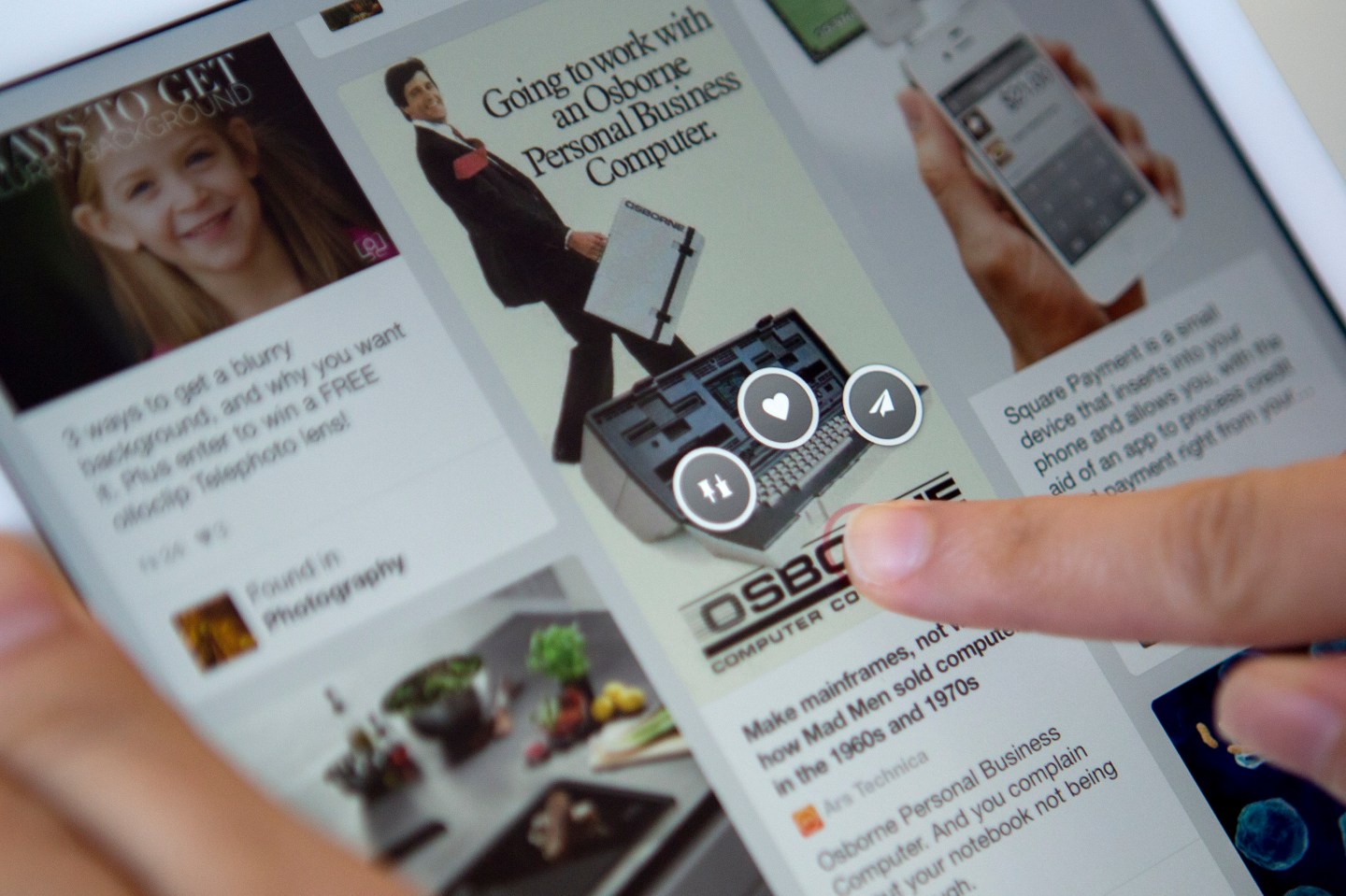 The Pinterest Inc. application (app) is demonstrated for a photograph on an Apple Inc. iPad Air in Washington, D.C., U.S., on Thursday, Feb. 19, 2015. Pinterest Inc. the online scrapbooking company, is seeking to raise funding at a valuation of about $11 billion, according to a person familiar with the matter, continuing the soaring values of a group of high-profile technology startups. Photographer: Andrew Harrer/Bloomberg via Getty Images
Photograph by Andrew Harrer — Bloomberg via Getty Images

Pinterest made headlines last Thursday when it announced that it was going on record with its diversity hiring goals for 2016. In a blog post, co-founder Evan Sharp noted that most big tech companies—including Pinterest—have made little progress on hiring more women and minorities, a failure that he attributes largely to the fact “that companies haven’t stated specific goals.”

In an attempt to change that, Pinterest says it will increase new hires of full-time engineering roles to 30% female and 8% minorities and bring non-engineering new hires up to 12% underrepresented ethnic minorities.

So, why was this such big news? After all, those numbers (8% minority engineers?) aren’t exactly gobsmacking, and a goal is a long way from a guarantee.

For me, the importance of setting very public targets was brought home last week, while helping put together a Fortune analysis of how nine of the biggest tech companies compare on diversity. Many of the companies included release their employee demographic data the same way Pinterest did—in a blog post. Reading those posts, it was surprising to note that they all use nearly identical language to describe the progress they’re making on hiring women and minorities.

Take Facebook. In a late June post, global director of diversity Maxine Williams wrote that the company’s work on increasing diversity is “producing some positive but modest change.” Her remark sums up the general consensus: We have a long way to go, but we’re making progress.

Yet when you look at the numbers, that progress is hard to see.

When Fortune compared companies’ latest 2014 employee data to their numbers from 2013, we found that Facebook, Microsoft and H-P all increased their percentage of women by less than 1%. Three of the companies we analyzed—Google, Cisco and Intel—actually saw their percentage of female workers shrink.

The results are slightly less depressing when you look at the change in the minority workforce, but still nothing to celebrate. The best performer, LinkedIn, went from 44% non-white employees in 2013 to nearly 49% in 2014.

The hope is that Pinterest’s hiring targets will do two things. First, they will give outside observers a yardstick to measure the company’s progress between now and 2016. If Pinterest fails to meet its goals, it will be difficult for them to spin the numbers as “progress.” Then there’s the ripple effect: Ideally, Pinterest’s move will push other tech firms to do the same.

Indeed, it seems possible that Twitter may be next. Last week, Re/Code reported that an at an all-hands company meeting, interim CEO Jack Dorsey responded to an employee question about diversity hiring by saying that company should and will set diversity goals.

Finally, it’s worth trying to put Pinterest’s current employee demographics into our ranking. While the company has not yet responded to Fortune‘s request for Pinterest’s EEO-1—the federal filing that outlines employment data by race and gender according to job type—it’s possible to get some sense of how they rank based on the information in the blog post.

Looking at the company’s overall gender diversity (42% women, 58% men), Pinterest scored well; only LinkedIn has a higher percentage of women. The company’s leadership team, though, is a different story: With just 16% women, Pinterest falls to the No. 8 slot, tying with Google.

As for its year-over-year progress, Pinterest reported that it increased its percentage of female employees by 2 percentage points (40% to 42%). The company did not reveal whether it made any progress on minority hiring.

Here’s hoping that next year, thanks to company’s bold public pledge, we’ll be reporting numbers that actually earn the “progress” label.