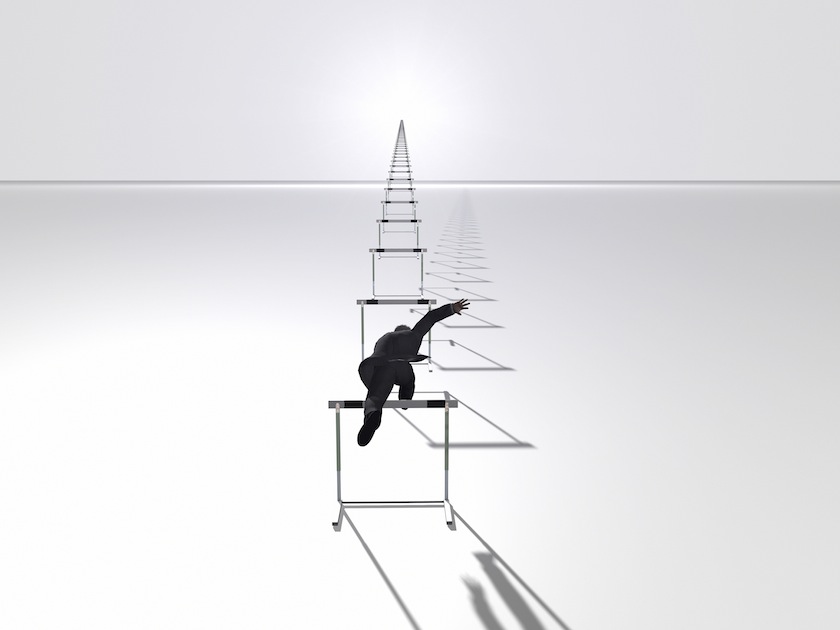 On a recent telephone job interview, Maria Sciarrino did well enough that the hiring manager asked her to come for an in-person interview. Oh, and could she just tackle one task at home, to give them a sense of her work?

It wasn’t the first time Sciarrino, a Philadelphia-based user experience researcher and designer, received homework in her job hunt. More often than not, at some point in the hiring process she’s been given a task—such as designing an elevator interface for a 1,000-floor building—that can take two, four, eight or even more hours to complete. In the case in question, after she turned in her solution, the company said she didn’t need to come for a face-to-face interview. She hadn’t followed their internal design methodologies.

“I felt very baited and switched,” Sciarrino recalls. “When they gave me the task, nothing was explained about their design methodologies. I was really furious.”

Since that time, she’s resolved to decline any design tasks unless the company pays her for the cost of her time as a contractor. “When you’re a job candidate, you’re in such a vulnerable position,” she says. “Learning how to say no to them gives you at least some of that power and control back.”

Acing a homework assignment is just one of the many hurdles job candidates must leap these days, in a hiring process that seems to grow more time-consuming, complex, and anxiety-provoking with each year. Job seekers also report being given personality or cognitive tests, facing panels of interviewees, enduring multiple rounds of interviews, creating 90 and 180-day plans, and drafting corporate strategies. One potentially terrifying innovation: video interviewing through companies like HireVue and Montage, where a candidate clicks a button and records her responses as interview questions come up on the screen—no human interaction needed and no do-overs. The average hiring time for jobs posted in 2014 was 38 days, according to data from Burning Glass, a labor market data firm.

“Every company wants to get the right candidate and sometimes they may overdo it,” says Steve Spires, a managing director at BPI Group, a Chicago-based management and career services firm. “Companies have evolved to be more cautious, to do more diligence than maybe they did five or 10 years ago. They’re still trying to be as lean as possible, so they make the right hire the first time.”

All this caution can add up to an overwhelming job hunt, especially when you’re trying to meet your responsibilities to a current employer. Alexandra, 26, a marketing coordinator based in Washington D.C., has to carefully ration her vacation time for job interviews, occasionally calling in sick or taking half days off on the pretext of a doctor’s appointment or car repair. She recently interviewed for a job with five separate back-to-back interviews, each about a half-hour, culminating with the vice president in charge of the hiring decision.

“By the time I got to the last one, the most important one, I was so tired and I was really hungry. I felt like I wasn’t at my best,” she recalls, noting that she didn’t land the position. “It definitely took it out of me.”

On another occasion, she finished an interview with the hiring manager, only to be given a pop quiz that flummoxed her with an hour of arithmetic involving fractions—and no calculator allowed. “I can do basic math as well as the next person and I’ve managed budgets,” she says. “If you’re assessing me on math as it was presented on the SATs, is that how to tell if I’m the best candidate?”

Jason Levin, a career and outplacement coach based in Washington D.C., advises his clients to ask often about their status in the hiring process, but also to be flexible when it inevitably takes longer than expected. It’s not uncommon to undergo an initial phone screening, Skype video interview, leadership test, onsite interviews with multiple individuals, onsite writing tests, business plan memos, and additional rounds of interviews.

But if you start to feel that you’re being used as cheap labor, rather than being genuinely assessed as a job candidate, it’s reasonable to ask a few questions or even to decline an assignment.

“It’s important to trust your own judgment,” says Christina Cary, an engagement manager for search firm Heidrick & Struggles based in Washington D.C. “If somebody does feel uncomfortable from a candidate perspective, it’s very appropriate to check yourself.”

It’s probably not a great idea to refuse a homework assignment or task in a huff of righteous indignation, but you can always ask for time to decide if you want to say yes to the request. That gives you a moment to check with a third party to be sure you’re not revealing your current employer’s trade secrets or letting yourself be used as free labor. If you decide that the request crosses a line, you can politely decline. If that takes you out of the running for the position, well, it’s possible the organization wouldn’t have been right for you anyway.

Kristen Heavener, a Washington D.C.-based consultant, was recently pressured to drop everything for a full day of interviews with less than a day’s notice, after already spending a full day interviewing at that employer.

“It would have meant canceling on an existing client and disappearing on my team of 120 employees. We were trying to renew our contract and we were meeting with the client about this every day. To be suddenly gone for the entire day meant jeopardizing the income of our entire staff,” Heavener explains. “If someone is in the position to drop everything to sneak out and interview on a moment’s notice, disappointing their teams and the client, I would think long and hard about what kind of values this candidate is displaying.”

Sometimes, it seems like job hunt obstacles are merely evidence of a hiring manager or HR department’s incompetence.

Cesar, 46, a product manager in Chicago, recently received a rejection email from an HR department the day after he applied to a position. “About a week later, the hiring manager requested to set up an interview with me. It makes me wonder how many times my resume was passed over prematurely in other companies,” he says.