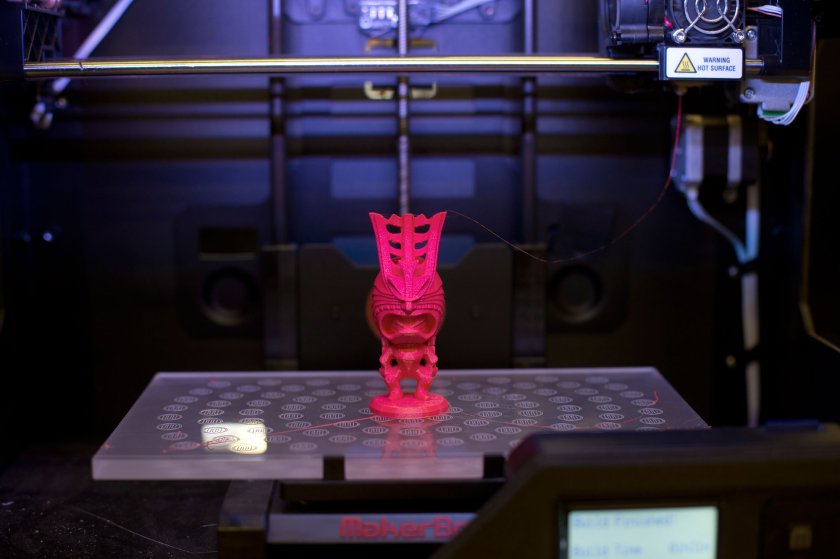 If a little known agency prevails in court next week, its judges could soon wield sweeping power over a wide range of internet activity and digital commerce. That’s why the tech, publishing and entertainment industries are all weighing in on what could be the sleeper tech case of the year.

The case in question, which will be heard next week by the Federal Circuit Court of Appeals in Washington, is about dental devices but its real significance is in determining the International Trade Commission’s control over the digital economy.

The ITC, which is obscure even by the standards of federal agencies, has the nominal job of promoting U.S. trade interests, in part by preventing knock-off goods from landing on American shores. But in recent years, this mission has led the ITC to wade into complicated patent law issues with controversial results. In 2013, for instance, the ITC earned a brief moment of notoriety when it issued an import ban on Apple’s iPhone, which resulted in a presidential veto and a scathing Wall Street Journal editorial that blasted the decision as an “absurdity” by busy-body bureaucrats.

So how is this all tied to the orthodontic devices, which are the subject of next week’s court case? The answer is that the defendant in the underlying ITC case, a company known as ClearCorrect, uses digital transmissions to allegedly circumvent a patented process for treating crooked teeth. Specifically, ClearCorrect sends information about a patient’s teeth to Pakistan, where technicians create a prototype for straightening them. The technicians, in turn, relay that information via an online file to the U.S., where ClearCorrect uses a 3-D printer to create a physical model of the straightened teeth.

The patent owners sees this as a form of illegal importing that the ITC should stop, and in 2013 an administrative law judge at the agency issued an order to do so. In 2014, a full panel of ITC judges voted 5-1 to uphold the order, leading ClearCorrect to challenge the agency’s jurisdiction in court.

The legal issue in the case turns on how to read a law that gives the agency power over imported “articles.” Does this word encompass a digital scan sent from Pakistan? Or does “article” only refer to the sort of physical goods that arrive in U.S. ports?

The ITC and the patent owner believe the files from Pakistan count as “articles,” and think the defendant is trying to work a legal loophole. But a host of public interest bodies and tech trade associations disagree. According to Public Knowledge and the Electronic Frontier Foundation, the ITC’s interpretation amounts to a “sweeping and unprecedented decision” that threatens to impose an “overzealous” control over telecommunications.

In plain English, what these groups are worried about is that the ITC could serve as a roving, back-channel enforcement group for all sorts of intellectual property issues – perhaps by ordering internet service providers to cut off access to foreign websites. Their position is also backed by tech industry groups, including the Internet Association and the Business Software Alliance, who warn the dental case could open a Pandora’s Box of troubles for free expression on the internet.

Meanwhile, other groups representing the movie and music industries and publishers have weighed in on the other side. They’ve filed briefs in the dental case to support the ITC’s claim that it has the power to restrict digital goods.

In this sense, the ITC case is already starting to resembles the legal and public relations battle fought four years ago over the laws known as “SOPA” and “PIPA,” which pitted the entertainment industry against the tech industry over a series of proposed anti-piracy measures. The tech industry unexpectedly won that fight in 2012, thanks in large part to a grassroots effort led by Reddit and Wikipedia, but SOPA proponents have been looking to regroup ever since.

Now, it looks like some intellectual property owners have seized on the ITC – and the dental case in particular – as their best chance for a one-stop shop for enforcement against online infringement. While the case has flown below the radar until now, that is starting to change. On Monday, the Wall Street Journal published a detailed profile of the case, which has also been making waves on legal blogs.

My own view is that the federal court should snuff the ITC’s digital power grab as soon as possible. This isn’t to deny the position of ITC supporters that IP enforcement must evolve with technology. Instead, the problem is that the ITC is simply not cut out to address cutting edge digital property issues in the first place.

The agency is already in far over its head with regular patent issues (remember this is the agency that tried to protect the US by banning the iPhone!), and nothing good can come from adding to its workload.

The sort of galloping technological advancements intrinsic to the dental case – overseas digital modeling, 3D printing and so on – should not be hashed out by this gaggle of administrative law judges in Washington. Instead, the job of deciding how protect IP without damaging internet-based innovation is one that clearly belongs to Congress instead.