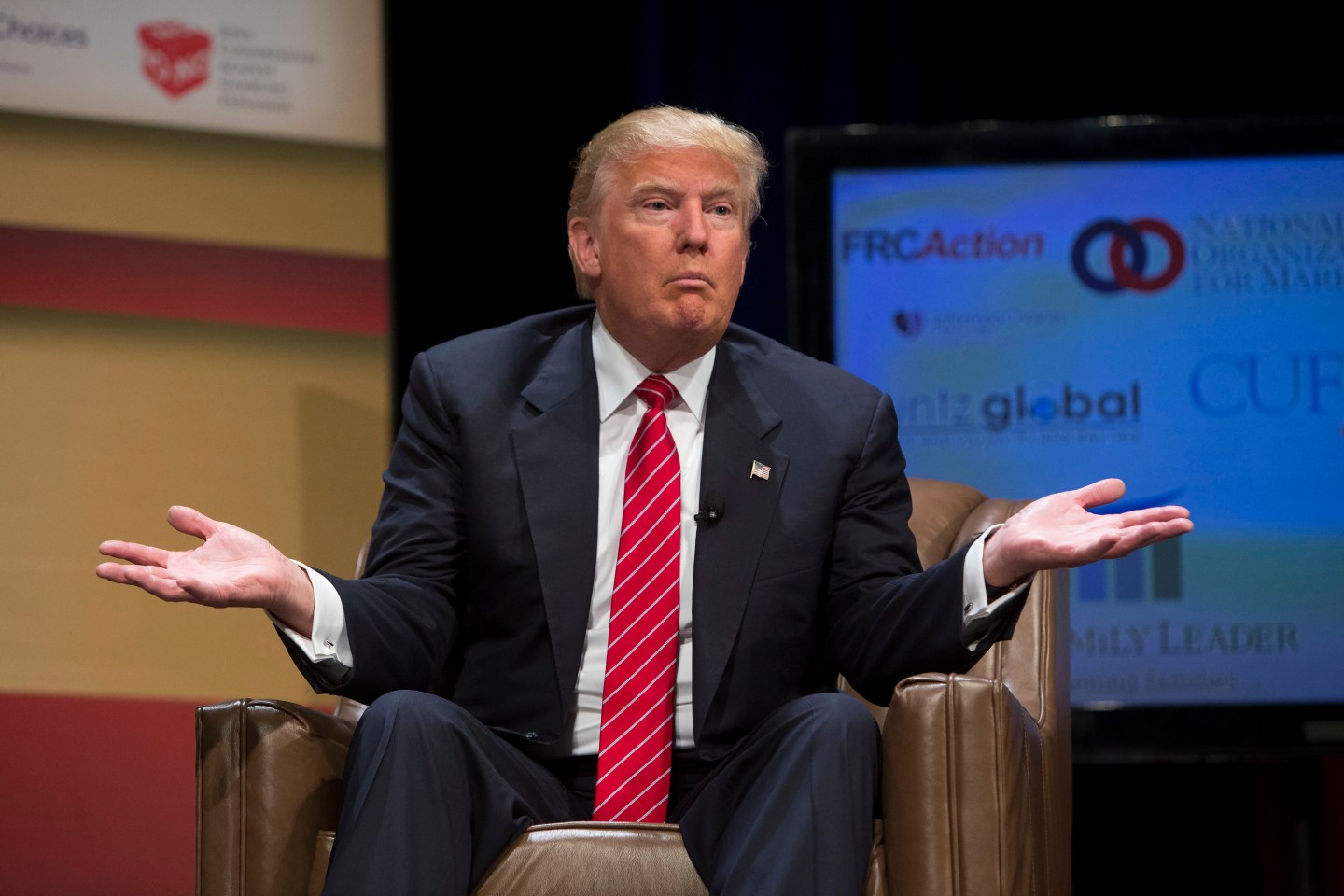 Donald Trump, president and chief executive of Trump Organization Inc. and 2016 U.S. presidential candidate, gestures while speaking during The Family Leadership Summit in Ames, Iowa, U.S., on Saturday, July 18, 2015. The sponsor, The FAMiLY LEADER, is a "pro-family, pro-marriage, pro-life organization which champions the principle that God is the ultimate leader of the family." Photographer: Daniel Acker/Bloomberg via Getty Images
Photograph by Daniel Acker — Bloomberg via Getty Images

One of the reasons for Donald Trump’s rise in the polls is that he appears authentic. Whether or not voters like what he says, many like that he seems real … unscripted, unlike so many politicians.

People are looking for authenticity in corporate leaders as well. Young people, especially, who meld personal and professional lives online, want to know the boss beyond the workplace. If you Google authentic leaders, up pops Apple (AAPL)CEO Tim Cook, a man who wrote an open letter to Bloomberg saying that he is gay and that that’s helped him understand what it means to be a minority. Starbucks (SBUX)CEO Howard Schultz, who talks about growing up poor, uses his story to encourage young entrepreneurs. And PepsiCo(PEP)CEO Indra Nooyi, talks about growing up in India without enough water to add credibility to water conservation initiatives. All of these leaders use who they were and are to inspire and attract employees—and to build their businesses.

But Trump doesn’t belong in that authenticity bucket because he fails to recognize the key to effective authentic leadership: that you don’t say whatever you think. According to Merriam-Webster, authenticity means “being true to one’s own personality, spirit or character.” That’s true, but experts say that authenticity in leadership involves being strategic. Cook, Nooyi and Shultz are not open books. They don’t share all their views and stories but rather select chapters that will help meet their objectives. In slamming Mexican immigrants, Trump alienates voters he needs to win the presidency.

Experts also say leaders have to evolve to seize new and bigger opportunities. Calling authenticity the gold standard for leadership, Herminia Ibarra, professor of leadership and learning at Insead, warns that a simplistic understanding of authenticity can limit your ability to lead. In a recent Harvard Business Review article, Ibarra says, “Your leadership identity can and should change each time you move on to bigger and better things.” Ibarra says too often people use authenticity.. “well, I’m just being me..” as an excuse for refusing to adapt to new challenges.

I’ve seen this in my work as a communication coach. For instance, I was working with a client who had just gotten a global leadership position at a financial services firm after years in academia. He’d become a star working in rumpled suits, and didn’t see a need to play dress up; it felt inauthentic to him. But in fact, he came to realize that if he wanted to have the impact he wanted in his new organization, he couldn’t present speed bumps or distractions.

Similarly, I worked with a young woman who moved from Silicon Valley to Wall Street. As a mid-level employee, she was accustomed to sharing any and all feelings about corporate moves with her colleagues. As a new leader in this Wall Street firm, she realized that expressing trepidation — even if authentic — created doubts and uncertainties that were counterproductive.

U.S. presidential hopeful and New Jersey Gov. Chris Christie’s brand has been built on authenticity, but even he has recognized it has limits. When a New York Times reporter noted that he was relatively subdued on a recent campaign stop, Christie said that being a leader means adjusting to different contexts: “You know I have more than one club in the bag,” he quipped.

So how do you get it right?

Finally, authenticity means being real, but remember Christie’s quip about the golf bag: Know that you’ve often got to change your club for a new hole.

As for Trump, he may be playing a different game. His goal appears to be the splash, so he doesn’t care who gets wet.