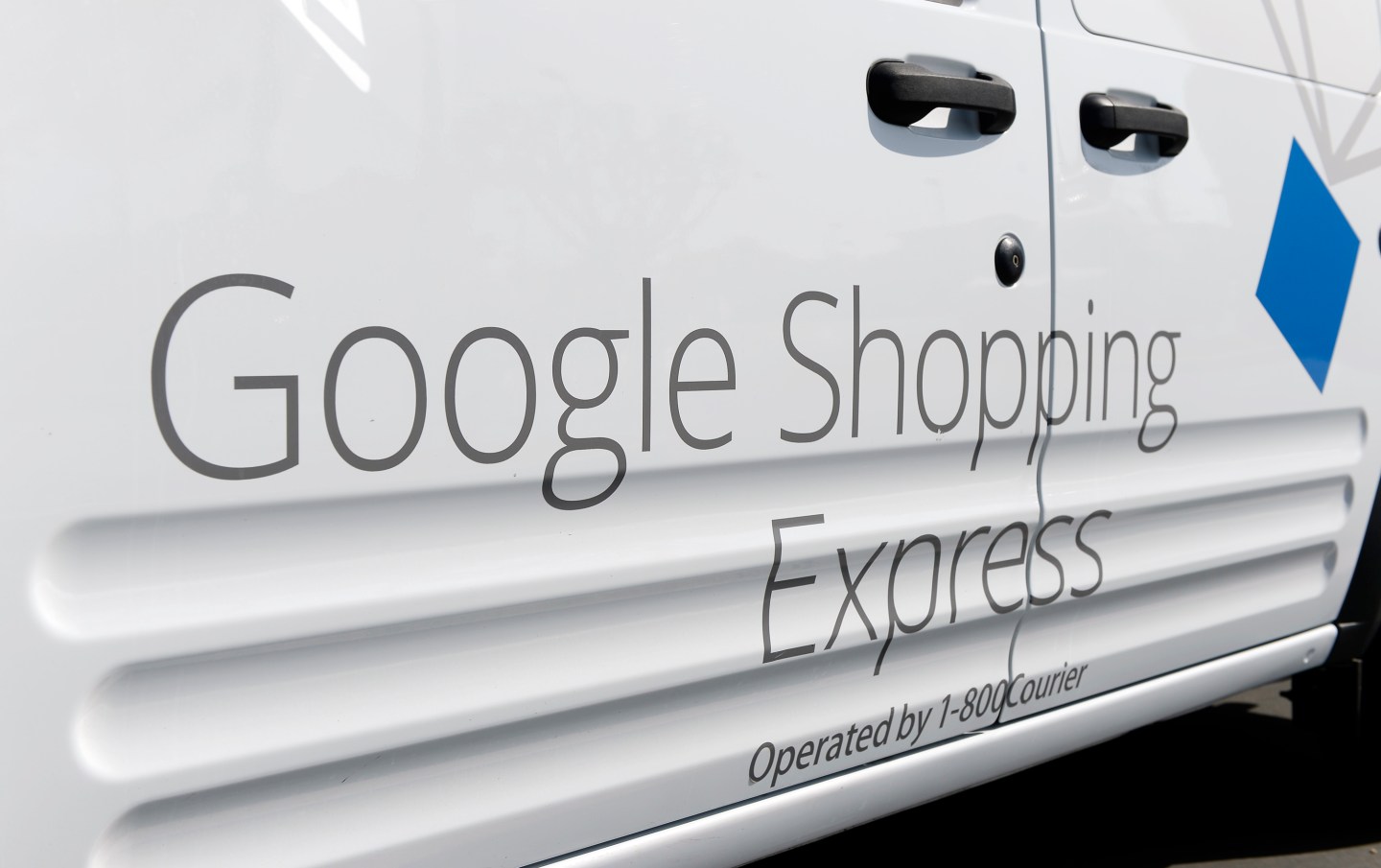 LOS ANGELES, CA - MAY 5: A Google Shopping Express van is seen at Google headquarters on May 5, 2014, in Los Angeles, California. The same day delivery program, which started in San Francisco, is expanding to West Los Angeles and Manhattan and will offer free unlimited delivery for the first six months for new sign ups. (Photo by Kevork Djansezian/Getty Images)
Photo by Kevork Djansezian — Getty Images

More than 140 workers at Google Express, the tech giant’s same-day shopping delivery service, are seeking union representation from the Teamsters, the national labor union that already represents shuttle bus drivers for Facebook, Apple, and Yahoo, according to USA Today.

Google Express warehouse workers are asking for better working conditions and treatment on the job, along with higher wages than the $13 or $14 an hour many are making. Drivers are not part of the unionization push.

But unlike contract workers for startups like delivery service Postmates, and ride hailing apps Uber and Lyft, Google Express workers are employed by an outside agency, Adecco. The workers’ biggest complaint is Adecco’s employment cap that requires them to leave after two years.

“While we typically don’t comment on active legal matters and have not had a chance to review the petition, we have not received complaints or reports on the type of conditions that were cited,” an Adecco spokesperson told USA Today. “We are fully committed to ensuring that all of our offices, branches and client assignment sites are safe environments for our colleagues and associates.”

Silicon Valley tech companies have long preferred to use contractors for work outside of core jobs as a way to save money on benefits and salaries. Facing intense criticism, companies like Apple (AAPL) and Google (GOOG) have recently started to reverse course and convert security guards to full-time employees, with benefits. Even startups like shipping service Shyp and delivery service Instacart have begun to convert contract workers to employees.

In terms of Google Express, the union has already submitted request to Adecco on behalf of the warehouse workers to unionize. A vote by the National Labor Relations Board whether to allow the union is expected to take place in the next three to four weeks.