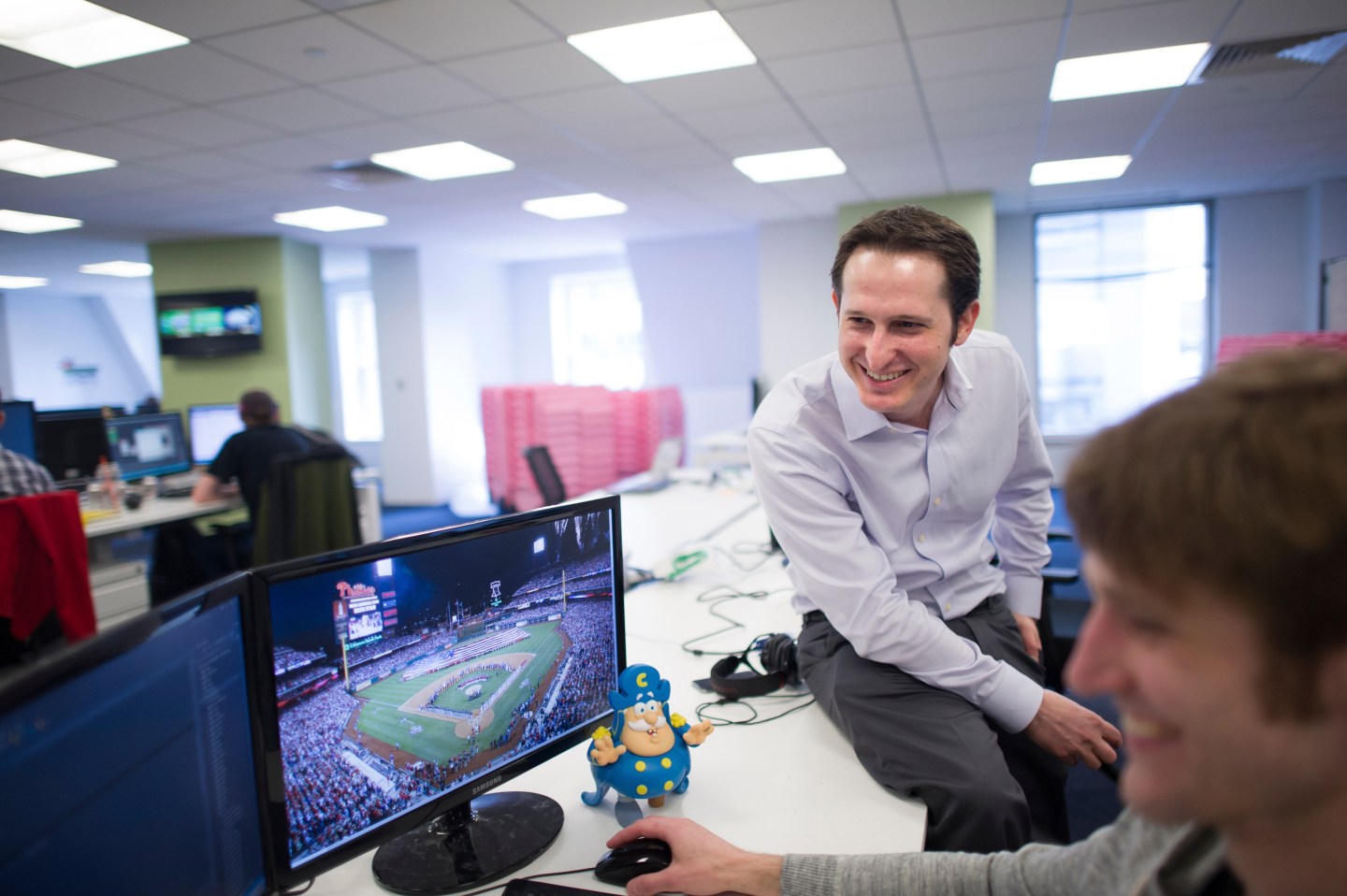 Jason Robins, center, one of the founders of the fantasy sports leagues site DraftKings, and Blake Dunkel, a software engineer, at offices in Boston, April 22, 2014. Professional sports leagues ? traditionally ferocious opponents of gambling on their sports, online or off ? have quietly embraced gambling on fantasy sports, apparently aware that the passion for it is crucial to their bottom lines. (Gretchen Ertl/The New York Times)
Photograph by Gretchen Ertl — The New York Times/Redux

DraftKings, the popular daily fantasy sports website, is the latest company to cash in on investors excitement over the growing market for legal online sports betting.

The latest funding round brings the total amount of money raised by DraftKings to date to $426 million. The round includes a $150 million investment from Fox, specifically, with the company taking about an 11% stake in DraftKings, according to The New York Times, which cites an anonymous source.

DraftKings said it plans to use the new cash infusion to continue the development of its web and mobile products, as well as to fund marketing initiatives and the site’s planned international expansion. DraftKings describes itself as “the fastest-growing company in [daily fantasy sports],” with more than 100 million contest entries since its launch three years ago. The company said it expects to award more than $1 billion in contest prizes this year, which is more than triple the previous year’s total.

It was reported earlier this year that DraftKings was working on a funding round that could value the company at more than $1 billion. The company was reportedly in talks earlier this year to add Walt Disney Co. (DIS), the owner of ESPN, as an investor, but that investment never came to be. Instead, DraftKings and ESPN signed a multi-year marketing deal to make DraftKings the cable sports network’s official daily fantasy sports service.

Daily fantasy sports betting is a segment that has garnered quite a bit of investor interest in the past year, with rival site FanDuel recently announcing a $275 million Series E financing round that reportedly valued that company at roughly $1.3 billion. Investors in that round included private equity firm KKR (KKR), as well as Google’s (GOOG) growth equity arm and a pair of Time Warner (TWX) properties. Meanwhile, Yahoo (YHOO) recently entered the daily fantasy sports market by updating its fantasy app to let users bet money on sporting events.