Apple’s Watch is coming to Best Buy stores in August 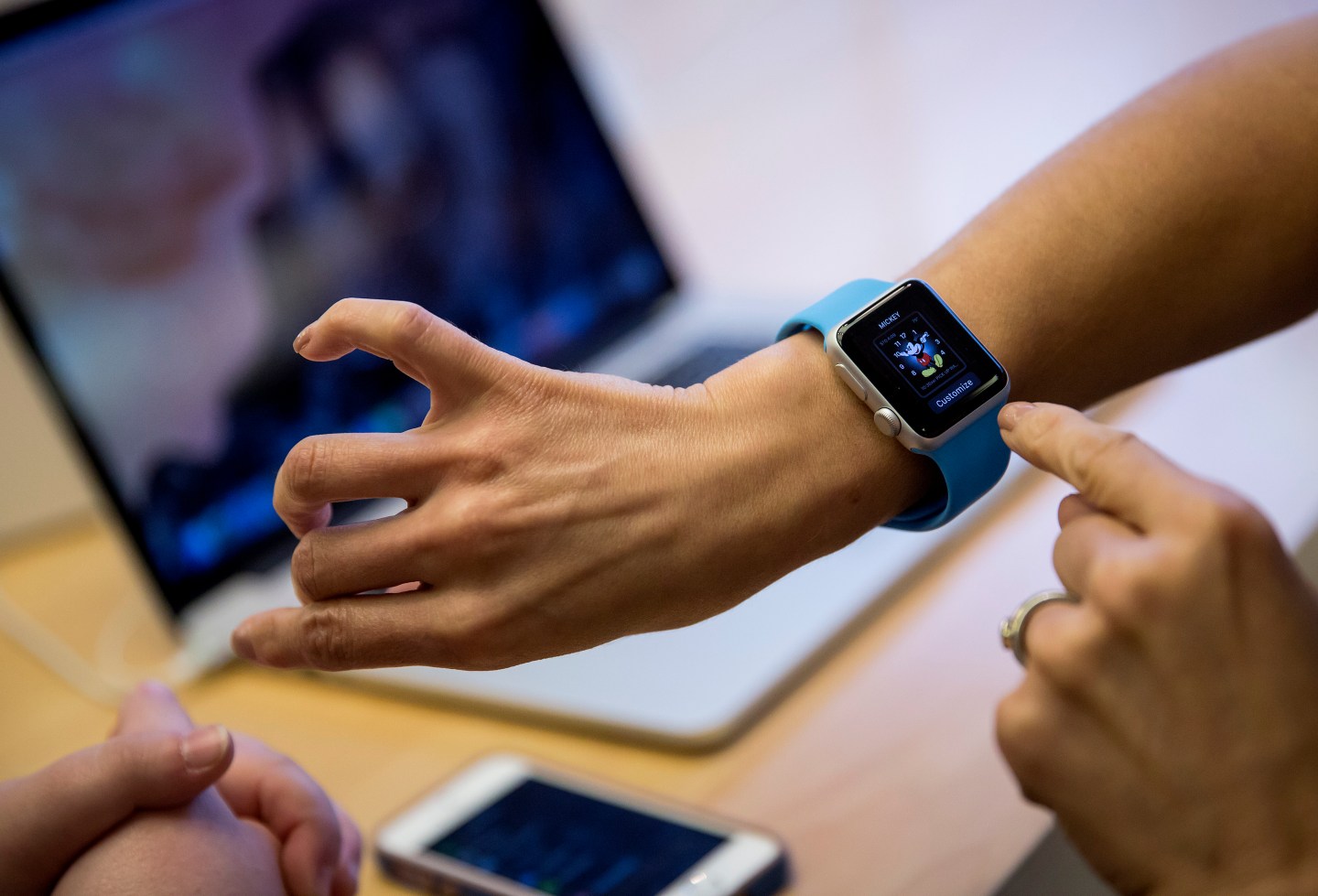 NEW YORK, NY - JUNE 17: A customer sets up her newly purchased Apple Watch at the Apple Store June 17, 2015 on Fifth Avenue in New York City. The company began selling the watch in stores Wednesday with their reserve and pick up service. Previously the product could only be ordered online. (Photo by Eric Thayer/Getty Images)
Photograph by Eric Thayer — Getty Images

If you’re looking to get an Apple Watch, you might want to consider walking to the nearest Best Buy (BBY) store from Aug. 7 onwards.

A month after the launch of Apple’s (AAPL) wearable product in the company’s stores, Best Buy will become the first national retailer besides Apple to stock the Apple Watch. It will be available in more than 100 Best Buy stores and on BestBuy.com. By the time holiday season arrives, an additional 200 stores will feature the Watch.

“The Apple Watch is a big addition to our stores and website, and we know our customers want it,” Jason Bonfig, senior category officer at Best Buy, said in a statement.

The aluminum Apple Watch Sport and the more expensive stainless steel Watch lines will be among the 16 models available at the outlets, and both will come in their 38mm and 42mm sizes. You can also choose to accessorize your newly-minted Watch with numerous third-party add-ons at Best Buy. However, those looking to outfit themselves with the gold Apple Watch Edition — which would cost you at least $10,000 — will not find the models at Best Buy outlets.

Sales of the Apple Watch have been a much-sought after number among investors, and the company has refused to make available specific details of how well (or poorly) the Apple Watch has been doing. In the recent third-quarter earnings call, revenues from the Watch were bundled into an “Other” category. “Sales of the Watch did exceed our expectations and they did so despite supply still trailing demand at the end of the quarter,” CEO Tim Cook told analysts, adding that sales of the Apple Watch during its launch period were higher than the original iPhone, or iPad.

That hasn’t stopped analysts from gleaning some insight into the numbers. In a check by Fortune, Wall Street revised their estimates down from 4 million Watches sold to around 2.53 million, a show of disappointment that surely added to Apple’s subsequent beating in the stock market.