Why Pearson is really selling the Financial Times 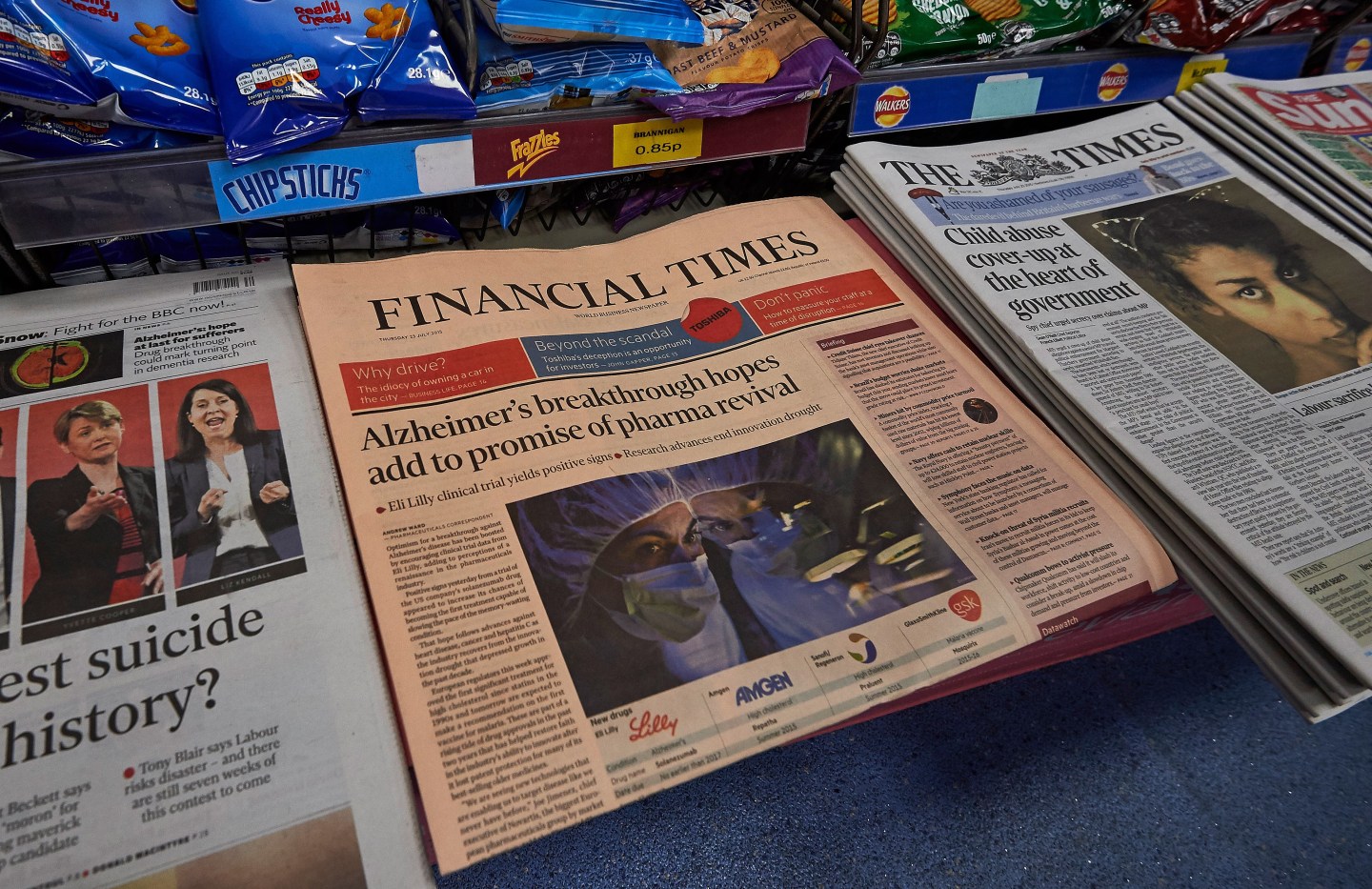 A copy of the Financial Times newspaper is seen alongside other British newspapers displayed for sale in a newsagents in London on July 23, 2015. British publisher Pearson revealed today it is in "advanced" talks to sell its flagship business newspaper the Financial Times to an unnamed suitor. AFP PHOTO / NIKLAS HALLE'N (Photo credit should read NIKLAS HALLE'N/AFP/Getty Images)
Photograph by Niklas Halle'n — AFP/Getty Images

So Pearson (PSO) has decided to sell the Financial Times, that salmon-colored bastion of business rectitude we in the U.S. appreciate and those in Europe require. The buyer, for $1.29 billion: Nikkei, the Japanese news company. As a long-time FT fan, I wish I could say I was surprised. But I’m not. Here’s why.

Pearson CEO John Fallon lost interest in the FT some time ago. I spent several hours with Fallon over the course of the past year, interviewing him for a feature story in Fortune about Pearson’s aggressive—and controversial—move into the education space. Fallon was clear that he was reorienting the company around standardized testing, the digital delivery of “learning outcomes” and, in the U.S., the quite fraught Common Core, the new educational standards agreed to by most of the states. When I asked him about the FT, he basically killed it with faint praise: “We ask ourselves on a regular basis, are we the best owners? We are pleased at this point.” A few FT journalists said I should discuss his lack of interest in the FT in the story. I didn’t—because, as I told them, it was obvious.

Growing political pressure on Pearson means Fallon is being forced to double down. By aligning itself with the supporters of Common Core, Pearson became in many ways the corporate face of the movement. When the movement itself came under attack, thanks to a backlash against high stakes testing in public schools that led to many thousands of kids opting out, it was Pearson that saw demonstrations in front of its offices and calls for boycotts. Now Pearson has lost two huge contracts in the past two months—one for $44 million in New York State, another, a $280 million, four-year contract for assessments in Texas. Fallon has no choice but to focus.

Investors don’t support legacy media. Yes, that Greece coverage made good sense of a very complex situation. Yes, the FT’s digital paywall strategy seems to be working. But so what? Anything with “Time” or “Times” in its name (and yes, I am, at this writing, still an employee of Time Inc, the parent of Fortune) equals old from the point of view of investors. Despite the fact that the FT has been performing well of late—a rare bright spot in the publishing world—“traditional” media is still seen as a drag on earnings to any company, particularly one trying to reinvent itself in growth mode, whatever that means. This is the edict of Wall Street, which still has not come up with a way to value the kind of proprietary and yes, educational information that serious media organizations provide. Here’s hoping that Nikkei finds a way to tell its story.