In China, Mercedes surges ahead as the luxury brand in demand 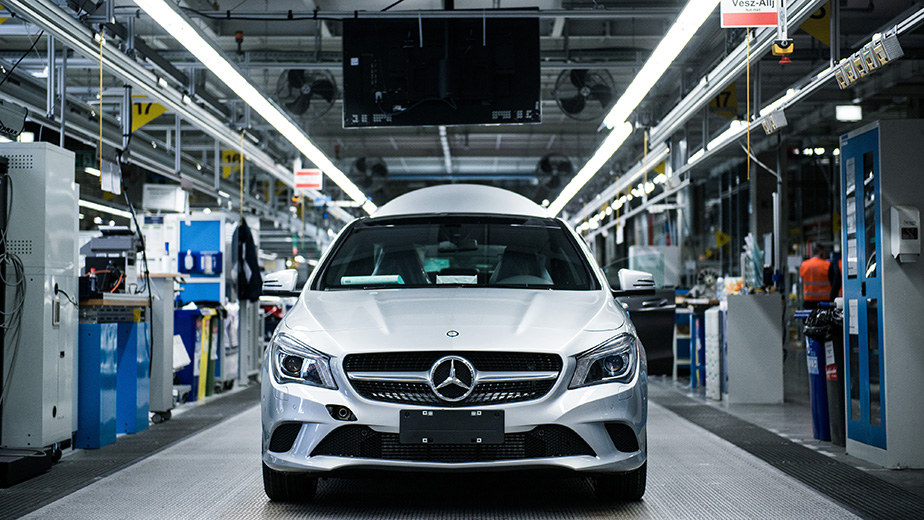 A CLA-class automobile stands on the production line during assembly at the Mercedes-Benz AG plant, operated by Daimler AG, in Kecskemet, Hungary. The release of 30 new models through 2020 is part of Daimler Chief Executive Officer Dieter Zetsche's push for Mercedes to retake the lead in global premium-auto sales by then from Munich-based BMW and Ingolstadt, Germany-based Audi.
Photograph by Akos Stiller — Bloomberg via Getty Images

Daimler’s AG Mercedes-Benz is clawing its way back up to the top of the luxury car heap in China.

Unlike its German luxury brand rivals BMW and Audi, which have struggled to maintain momentum in China, sales of Mercedes-Benz have surged.

“We do believe we underutilized our brand in China in past years,” Dieter Zetsche, chairman of Daimler’s board of management said on the company’s earnings call Thursday. “We’ve seen much better chances to exploit that potential now.”

It was a different story several years ago when BMW and Audi dominated the luxury car market in China. When (DDAIY) opened its first Mercedes-Benz factory in China in 2006, sales leapt forward.

For years, luxury brands from the U.S. and Europe have thrived as China’s middle class developed a taste for high-end fashion, jewelry, and cars. But even as demand for luxury items increased Mercedes saw sales begin to lag, in part because of problems with its distribution networks. In 2013, for instance, Audi sold nearly 492,000 cars in China; Mercedes sold only 238,727, according to its annual report.

Daimler shifted its efforts toward taking back some of the market by expanding dealerships and overhauling its model lineup.

The company’s product portfolio, efficiency improvements, development in China, as well as the introduction of several new models, including the new Mercedes-Benz GLC sport-utility vehicle and the GLE Coupe, all contribute to the company’s positive outlook, Zetsche says.

“It’s not that you should assume that because some of our competitors are weaker right now this should apply to us,” Zetsche said on the earnings call. “But perhaps it’s more that the weakness of our competitors is the consequence of our strength, as it was the other way around in the past.”

As if to further press his point, Zetsche added, “This is the beginning of an era, and not a peak.”

Global demand for Mercedes cars was Daimler’s big profit maker in the second quarter. The car division’s return on sales hit 10.5%, up from 7.9% in second-quarter of 2014 and hitting double digitis for the first time in years.

“We achieved our targeted margin for Mercedes-Benz cars in the first half of the year. In all other automotive divisions, we are about to achieve our margin targets,” Zetsche said in a statement. “We will systematically continue along the path we have taken.”

Zetsche credited the company’s success on investment in new models, specifically noting the C-Class sedan. Meanwhile, the top models of its luxury rivals are aging. For instance, the fifth generation of the BMW 7 Series has been in production since 2008. (BMW’s sixth generation of the 7 Series was revealed in June 2015.)

Daimler doesn’t appear to be taking its foot off the gas, as far as new models and products are concerned. The company reported that its research and development spending in the first half of the year was 3.1 billion euros ($3.41 billion). More than two-thirds of the research and development spending was in the Mercedes-Benz cars segment with capital going towards new vehicle models, particularly fuel-efficient and environmentally friendly drive systems, as well as safety technologies.