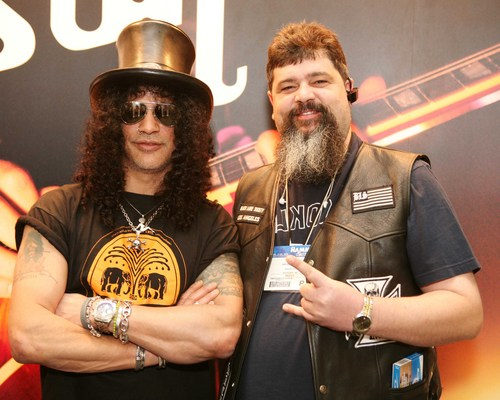 The most remarkable thing about Jim Dalrymple—besides, you know, his facial hair—is his access to people in the know at Apple HQ. A simple “Yep” or “Nope” from the former news editor of Macworld is enough to make or break an Apple rumor. (See, for example, here.)

Jim Dalrymple is also a serious musician with a serious collection of digital music. You would think that if he ran into problems moving his library from iTunes to Apple Music, someone in Cupertino would see to it. [See UPDATE below.]

Dalrymple did run into problems. Not every problem I’ve read about on Apple’s support pages, but plenty. Mismatched songs. Duplicated songs. Songs from greatest hits albums excised from their original homes.

“I went through about 15 albums one night and manually added all of the missing songs,” Dalrymple wrote yesterday on in a 1,100-word post on The Loop that’s being widely recirculated today. “It was frustrating, to say the least, but I did it. I nearly lost my mind the next morning when I checked my iPhone and Apple Music and taken out all of the songs I added the night before. I was right back where I started…

“At some point, enough is enough. That time has come for me—Apple Music is just too much of a hassle to be bothered with. Nobody I’ve spoken at Apple or outside the company has any idea how to fix it, so the chances of a positive outcome seem slim to none.”

Nobody he’s spoken to at Apple? That’s not good.

“As if all of that wasn’t enough, Apple Music gave me one more kick in the head. Over the weekend, I turned off Apple Music and it took large chunks of my purchased music with it. Sadly, many of the songs were added from CDs years ago that I no longer have access to. Looking at my old iTunes Match library, before Apple Music, I’m missing about 4,700 songs. At this point, I just don’t care anymore, I just want Apple Music off my devices.”

“Apple music is a nightmare, and I’m done with it,” Dalrymple tweeted Wednesday to his 35,000 Twitter followers. Then he recorded a two-hour podcast with John Gruber for The Dalrymple Report.

I can’t wait to hear this.

UPDATE: Someone in Cupertino seems to have woken up to the fact that Dalrymple’s problem was a PR disaster for the new music service in which Apple has invested so much (starting with $3 billion for Beats). What followed the next day sounds like a high-level intervention. Dalrymple posted an update Friday afternoon that starts like this:

“It’s been an interesting and confusing day. I arrived at Apple this morning to talk to them about my issues with Apple Music and to hopefully fix my problems. The good news is that I have about 99 percent of my music back.”

That, as Merlin Mann might say, is nice for Dalrymple.

Meanwhile, the promised two-hour podcast with Daring Fireball‘s John Gruber in which Dalrymple’s missing music was discussed is not yet live. According to Dalrymple, it’s scheduled to air on Saturday with a disclaimer at the beginning that the problem has been fixed.

UPDATE 2: The podcast aired Saturday with an added intro by Dalrymple. The section about his Apple Music problem was edited out.