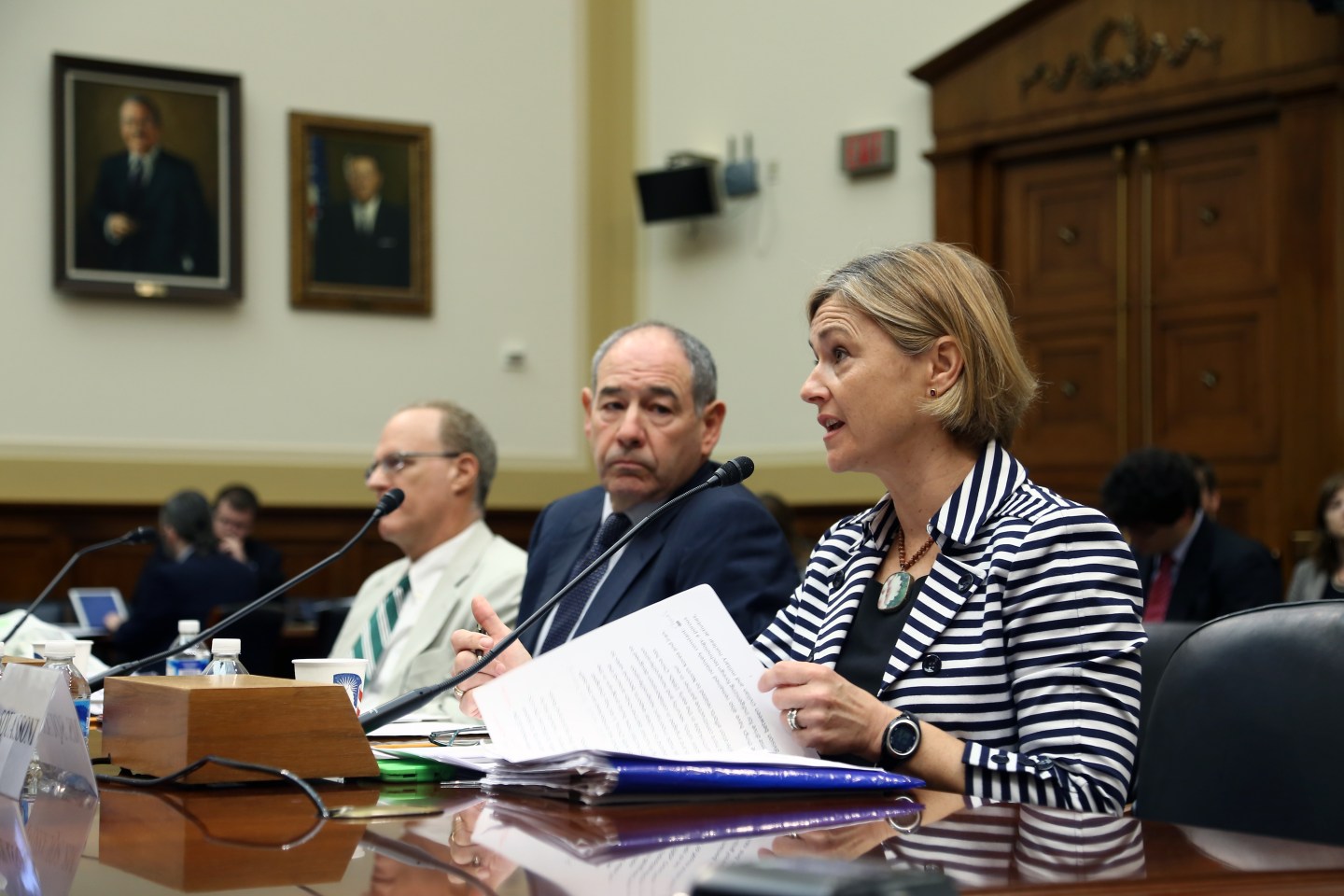 Everyone agrees the Iran nuclear deal is historic. But the real question is: Historic in what way?

Will the agreement avert military strikes against Iran’s facilities, while also keeping a nuclear weapon out of Tehran’s hands, as President Obama argues?

Or is the deal “historic” like the Munich Agreement of 1938, in which British Prime Minister Neville Chamberlain appeased Adolf Hitler? Are we naively enabling a terror-supporting regime to become a nuclear power and setting off a nuclear arms race in the Middle East? That’s what most Republicans, some Democrats and Israeli leaders say.

To parse through the charged politics surrounding the deal, I sat down with Sharon Squassoni, director of the Proliferation Prevention Program at the Center for Strategic and International Studies (CSIS), for our latest iTunes podcast, Smart Women Smart Power. For an enlightening (and accessible) overview of what Congress will be heatedly debating for the next 60 days, check out our full conversation here: bit.ly/csisswsp

Squassoni, a CSIS senior fellow with a national security master’s from the National War College, has been on the Iran nuclear beat since the ‘90s—closely watching the regime’s secretive dance toward nuclear weapons capability and the U.N.’s frustrated attempts to stop it. Her bottom line on the July 14 deal: It’s enforceable. She believes it will dial back Iran’s ability to obtain nuclear weapons. But she also says it could also set off a nuclear arms race in the Middle East, with the Saudis and others pursuing their own enrichment programs.

“We will have to campaign vigorously to limit the potential damage this agreement could have on the proliferation regime, and build confidence that the deal is really going to work,” she says. “It will be harder for us to tell other countries not to acquire these capabilities. We’re going to have to watch this region very closely.”

That said, Squassoni credits a deal that “looked at the most sensitive [nuclear] infrastructure and dialed it back. ..This agreement makes it much harder [to develop nuclear weapons].”

Opponents of the agreement point to the vast enrichment network that will be left in place. Squassoni responds: “If the critics of this agreement had their way, there would be nothing left to Iran’s nuclear program. Everything would be dismantled. Everything would be taken out of the country. That deal was never in the cards.”

Likewise, critics say the arrangement sets forth an inspections process that provides ample time for the Iranians to cheat. Squassoni counters that the inspection-process cards are stacked in favor of the U.S. and the West (rather than Iranian friends like Russia and China). She says large-scale cheating—like paving over a facility—can be detected, and that the Iranians compromised in allowing access to scientists (a rich source of intel) and military sites.

“We’ve never been able to get anytime, anywhere inspections,” she says. After reading the 159-page agreement, Squassoni was pleasantly surprised to see that the “snap-back” provisions on sanctions, designed to re-impose restrictions if the regime cheats, can actually work.

Despite all the attention to U.S. sanctions, the short-term economic game changer for Tehran will be the lifting of European Union bans. “We haven’t had significant trade with Iran since 1979,” Squassoni notes. “[The regime] is most interested in reconvening trade with the EU, with China, with countries that are big buyers of oil.” That said, lifting the U.S. sanctions will give Tehran access to oil markets trading in dollars.

And yes, Squassoni does worry—as do critics of the deal—that an economically whole Iran will have more resources to support Hezbollah and other militant proxies in the region. She’s also concerned that the country will be permitted to buy ballistic missile components in eight short years.

“In a perfect world we’d like to stop Iran’s support of terrorism,” says Squassoni, “but that wasn’t possible in this deal.”